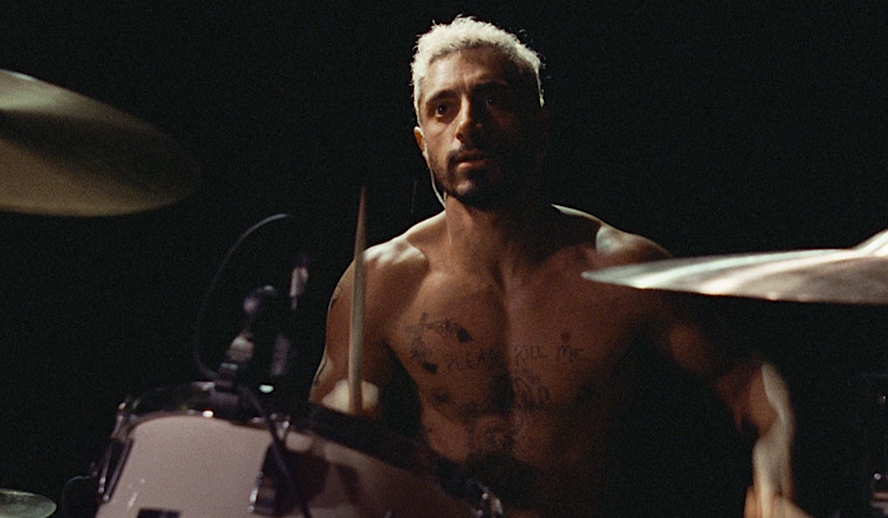 Riz Ahmed’s character gently grips his chin in frustration, trying to form the words to describe something that was never meant to come; “Today is not a good day.”

Sound of Metal is the film that the world of storytelling did not know it was holding its breath for. Written by Abraham and Darius Marder, the latter of which also served as the director, Sound of Metal explores the seemingly complicated world of deafness and dealing with a disability that is new in affliction. The film itself is raw and genuine, like a beating heart, but instead of approaching the topic with an expected hard edge, the Marder brothers gave a sense of purpose in finding new identities in unanticipated places.

Related article: With ‘Blinded By The Light’, Gurinder Chadha Gives Us A Brilliant Coming of Age Musical That Showcases Bruce Springsteen’s Legacy Through The Lens Of Immigration

Related article: ‘Deaf U’ Completely Changed My Perspective on the Deaf Community

Following the drummer of the hard rock duo Blackgammon, Ruben Stone (Riz Ahmed) unexpectedly falls to about twenty percent of his hearing level with the promise of the problem worsening. His girlfriend, Lou, played by Olivia Cooke, immediately cancels their band’s tour against Ruben’s protests, and together they find a rural community of deaf people with the help of Ruben’s sponsor, Hector. While Ruben initially fights against his new affliction and refuses to adapt to the world around him, he finds himself at peace with the new routine of life. Underneath his contentment, however, there is the promise of a medical solution; One that can fix his hearing if he only had the money to start the operation.

Playing With Sound In A World Of Silence

There are many commendations to be given regarding this film, but the way it tempered with sound and accessibility is the foremost praise I can give. It is difficult to create a world that is genuinely new for both the character and the audience without causing too much frustration on the audience’s part, but editor Mikkel E.G. Nielsen did exactly that. They danced upon the thin line between the hearing world- what the average person would hear in Ruben’s situation, and the deaf world- what Ruben was experiencing. Low sounds and muffles, large thumps, but no distinct noises and words. It was a perfect experience from a viewer’s standpoint because it draws us in and creates a deep note of empathy for an experience many of us would otherwise not understand.

In another excellent show of understanding, the captioning of this film was spot-on. A large portion of Sound of Metal is spoken entirely through sign language, particularly when Ruben finds himself within the deaf community- but if Ruben doesn’t know what the others are talking about in ASL, neither does the audience. The captioning goes completely out and we are supposed to make assumptions based on context clues, just as Ruben does, and it makes the world of the film all the more believable. The joy the viewer feels alongside the character as he picks up sign language and can communicate freely with his world- that joy is an essential part of what made this a masterpiece.

The Right Kind Of Representation

Accessibility, in our day and age, is more important than ever. Sound of Metal is implicitly about the deaf community and what the experience of living with SSHL (sudden sensorineural hearing loss) is like, and director Darius Marder explained, “Inclusive storytelling is essential. Diversity in film, not only in terms of who we see on camera but who the stories are about, helps to show a representation of the world we live in. We fought from the beginning to cast deaf actors in deaf roles.” This film appropriately cast a multitude of deaf and HOH (hard of hearing) actors, and Paul Raci– who played the leader of the rural deaf community and an ex-soldier who lost his hearing while in battle- has a personal connection to the material; He is the son of deaf parents. Sound of Metal has been applauded for its accurate portrayal of the deaf community, and it is refreshing to see such a beautiful representation in the middle of a horrendous drought.

Riz Ahmed is one of the greatest undervalued actors this day and age has to offer; He takes his craft incredibly seriously and the dedication is admirable. He transforms the character of Ruben with the work of the already generous screenplay, and it is difficult to portray a character who is so consequently human. Ahmed gives a life behind Ruben’s eyes that the viewer does not have to be told, they simply understand- they understand the years of pain and frustrations, the unraveling of Ruben’s hard work that took him years to build, and most importantly, his anger. Without the whirlwind of Riz Ahmed’s performance, this film certainly would have lost an undeniable spark that lit the all-consuming flame.

Olivia Cooke, on the other hand. Olivia Cooke delivers a masterclass in quiet, deep-seated fear and anxiety, some of which is never even explored with words. She plays Ruben’s girlfriend and other half of their heavy metal group, and from the very beginning, Cooke works to cultivate a relationship with Ahmed that goes beyond any screen. Cooke is the calm to Ahmed’s storm, but not in the loving, doting way any normal portrayal of “the girlfriend” would be, she is fiercely loyal and has pains of her own. The sympathy she is able to pull from her audience is entirely impressive, while her bleached-blonde eyebrows are incredibly punk rock.

Must Watch – Sound of Metal

There is only one piece of advice to impart for Sound of Metal– run, run as fast as you can to the nearest streaming device so you can watch it immediately. So rarely do we get such a complex story that does not focus on one character arc or storyline, but instead highlights the truths in our world and the ways we choose to accept them. Sound of Metal is the perfect disaster of stimulating, clashing dissonance with the gentle hum of human miracle, and it might be one of the best films to grace this years’ presence.