The Rise of South Korean Cinema: A Brief History of the Country’s Excellent Film Industry, What to Watch After ‘Parasite’ 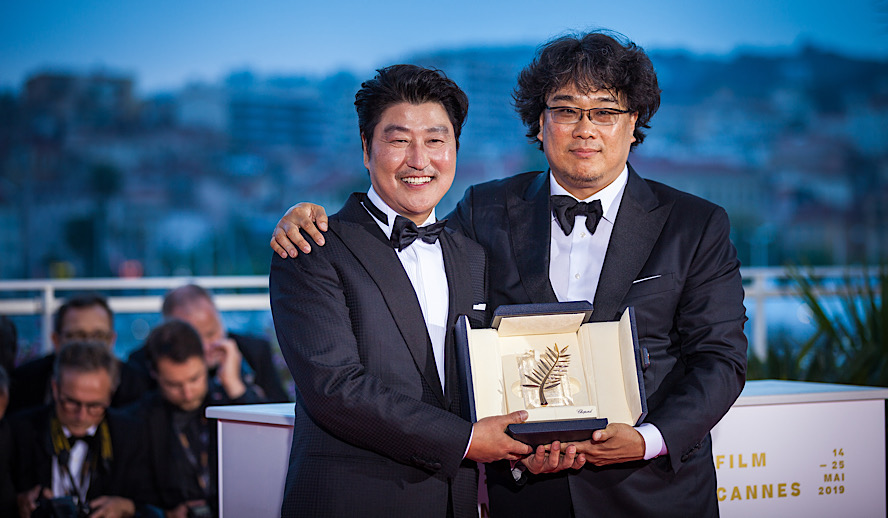 A Historic Win and Its Effects on Western Culture

With director Bong Joon-Ho’s Parasite winning a plethora of awards (four Oscars and a historic Best Picture win as a foreign film), a huge spotlight has been cast on South Korean cinema for Western audiences.

Parasite shocked viewers at the 92nd Academy Awards, winning the Oscar for International Feature Film, Best Original Screenplay, Best Director, and Best Picture, even eliciting a controversial response from President Donald Trump. As expected, Bong Joon-Ho’s latest film has piqued Western interest in South Korean cinema. The following is a brief history of the country’s rise in filmmaking, as well as a list of recommended South Korean features for those who loved Parasite.

Related article: With the Recent Backlash, Let’s Examine the Relationship Between Hollywood and China

South Korean Cinema – A Tumultuous Past

Korean cinema has undergone many changes. Unsurprisingly, due to the region’s complicated past, Korean films have become known for their exploration of politics and social class issues. As stated by Darcy Paquet from his essay “A Short History of Korean Film,” who worked as a subtitle translator for Parasite, since its beginning, Korean cinema “…has been hampered by Japanese colonization, national division, civil war, authoritative military governments, strict censorship, and highly restrictive, distorting film regulations.” He further elaborates how it wasn’t until the 1990s that Korean cinema began to finally “…enjoy a supportive government, a stable economic environment, and a sensible film policy.”

As the South Korean government began to move past its political and economic hardships, censorships, and instability, going from “…extreme military rule to democratization and industrialization in the 20th century,” the South Korean film industry began to experience a creative boom. Influential directors such as Bong Joon-Ho (director of Parasite, Okja, Snowpiercer, The Host), Hong Sang-soo (director of Hotel by the River), and Park Chan-wook (who directed The Handmaiden) notably revitalized Korea’s cinema. These directors, among others, provided a unique blend of genres in their films that gradually gained notoriety in the West, leading to a successful transition to the U.S. market.

Films Worth Watching After ‘Parasite’

For many, Parasite served as an introduction to South Korean cinema. The following is a shortlist of some of the more popular, and easily accessible, South Korean films:

Director Chang-dong Lee’s Burning is a slow burn that’s worth the journey. Its unique story is a profound exploration of wealth, social class differences (specifically in South Korea), the innate human desire for purpose and meaning, and the complicated nature of love. Beautifully shot and written, combined with engaging characters played by Ah-In Yoo, Steven Yeun (of The Walking Dead fame), and Jong-seo Jun make this a rewarding watch for fans of cerebral and layered storytelling. Available to stream on Netflix.

A Bong Joon-Ho action-driven sci-fi drama, Snowpiercer is an easy recommendation for fans of imaginative storytelling. The film features dazzling fight scenes, a unique setting and premise, and strong performances from notable actors such as Chris Evans, Ed Harris, Tilda Swinton, and Kang-ho Song. Based on the French graphic novel Le Transperceneige, Snowpiercer reimagines the typical “disaster movie,” providing an intriguing premise and setting that immediately pulls the audience in, in addition to its stellar acting and directing. Available to stream on Netflix.

Director Sang-ho Yeon’s zombie-themed survival drama is an action-packed film full of impressive action sequences, eye-popping visuals, and a surprisingly emotional ending. Despite an admittedly oversaturated market of zombie movies, Train to Busan nevertheless makes a worthy entry into the crowded genre, rivaling such films as 28 Days Later in both emotional impact and scares.

Bong Joon Ho’s The Host is the film that arguably put modern South Korean cinema on the map in the U.S. The Host is another action-packed, dramatic film featuring a mysterious monster that emerges from the depths of Seoul’s Han River, terrorizing everything in its wake. Although the special effects admittedly haven’t aged particularly well, some do consider it one of the defining monster movies of the 21st century, making it a great recommendation for fans of the genre. Available to stream on Hulu.

Ki-young Kim’s The Housemaid is a well-crafted melodrama that’s part of the revered “The Criterion Collection” of films. Providing engaging commentary on themes such as the dichotomy of social classes, love, infidelity, and family dysfunction, Kim’s film is an “engrossing tale of class warfare and familial disintegration” that continues to influence South Korean filmmakers to this day. For cinephiles and fans of Parasite’s deep exploration of family structure and social class differences, The Housemaid is a must-watch.

Don’t Let the Subtitles Scare You

Many foreign films, including Parasite, require viewers to read subtitles in addition to simply watching the screen. While it feels like some Western audiences are put off by such reading, as it’s often misinterpreted as too “highbrow” by some, or simply too much work, this otherwise small hindrance is well worth the admittance fee. The bottom line is that most of these films do require attentive viewing. They’re intended not only to entertain, but to challenge the viewer as well, whether it comes to analyzing social injustices, experiencing a foreign landscape, or simply connecting to the human spirit. The beauty of these characteristics often found in South Korean films, is that they have the power to transcend language, as a result, making subtitled text ideally a nonissue for most audiences. While the best examples of South Korean films do require a kind of “active participation” from its viewers, fans of great cinema are guaranteed to be rewarded for their time.

For even further exploration of Korean cinema, check out The Criterion Channel’s “New Korean Cinema,” a collection of twelve genre classics and exclusive interviews from some of South Korea’s top directors.