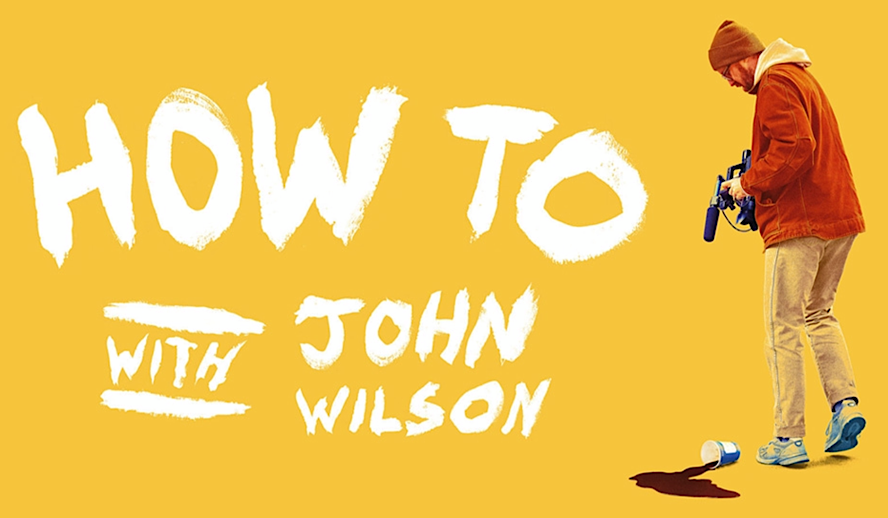 Photo: ‘How to With John Wilson’/HBO

HBO’s recently premiered comedy docuseries How To with John Wilson is one of the more unique viewing experiences in recent memory. Reminiscent of (and executively produced by) Nathan Fielder, known for his popular comedy docuseries Nathan For You, John Wilson’s comedic series stands out with a more authentic feel, providing candid shots of New York City, and interviews featuring real people who often share bizarre stories and wild points of view.

How To’s premise relies on Wilson giving often hilariously unhelpful advice. In the first episode, titled “How To Make Small Talk,” Wilson treads the line between plausible advice and self-deprecating silliness. He initially suggests promising small-talk topics, such as talking about the weather, pets, plants, and avoiding depressing news, followed by advising not to share deeply personal details, which Wilson exemplifies by immediately proceeding to talk about a plant gifted to him by an ex-girlfriend, who he explains loved him even despite his emotional unavailability, resulting in an unexpectedly funny moment that clearly defines the show’s premise. Wilson further provides “tips” on how to succeed in conversations, such as “baiting” an individual by either wearing something interesting, moving in a peculiar way, or eating in an odd manner in order to attract attention. Wilson then shows a montage of candid clips where New Yorkers proceed to perform these very actions but in hilariously over-the-top, strange, or even embarrassing ways.

The show’s premise of being a “tutorial” on relatively simple topics, such as how to make small talk, how to put up scaffolding, how to improve your memory, and how to cover your furniture, while arguably lacking any actually useful advice, makes for an engaging comedy, highlighting the eccentric characters of New York City that often lead to wonderfully hilarious and genuine moments.

All About the Details

The show features various shots of everyday life peppered throughout the episodes, such as a woman’s attempt to cover up a coffee spill using loose newspapers, and two rabbis sitting on a park bench, laughing and passing the time together. While these covert glimpses into people’s lives are interesting enough on their own, Wilson creatively incorporates these brief, disjointed snapshots into the theme of every episode, such as comparing the tides of a relationship to a Styrofoam cup gently swimming down a sewage drain. Wilson does this with city landmarks as well, such as New York’s iconic Tom’s Restaurant, famously featured in Seinfeld, by using the restaurant and the show’s jazzy theme as a punchline to one of his jokes. This use of visual imagery is a smart way to support the show’s narrative, while at the same time providing genuine laughs from the viewer.

Although Wilson does spend a lot of the show’s time poking fun at unsuspecting New Yorkers, documenting their private moments in public, he does often make himself the butt of the joke, resulting in an experience that comes off more “human” rather than mean-spirited. Wilson’s advice on how to better oneself, while at the same time describing himself to be a lonely man without a romantic partner or close friendships, is a hilarious juxtaposition, with Wilson playing himself up as a comedically untrustworthy narrator.

‘How to with John Wilson’ – Facts Mixed With Entertainment

Despite its comedic premise, the docuseries does, at times, provide actual facts throughout its episodes. For example, in the episode titled “How To Put Up Scaffolding,” Wilson provides a brief, entertaining history of New York’s apparent obsession with scaffolding, the episode giving a detailed and interesting glimpse on an otherwise mundane subject. In addition to New York, How To showcases authentic moments of daily life in other cities as well, such as when Wilson travels to Cancun, New Orleans, and Ketchum, Idaho, each specific setting providing a plethora of comedic moments and visual delights.

How To with John Wilson elicits genuine laughs, provides candid shots of everyday life, and shows surprisingly unique and hilarious observations on both our environment and the human psyche. In addition to its fantastic premise, John Wilson serves as a hilariously awkward, melancholy narrator the viewer can’t help but be immediately drawn to, Wilson proving himself to be a master filmmaker with the ability to transform the everyday mundane into a creative work of art. How To with John Wilson is streaming now on HBO.