The 3 Best Spike Lee Films From The Director’s Filmography 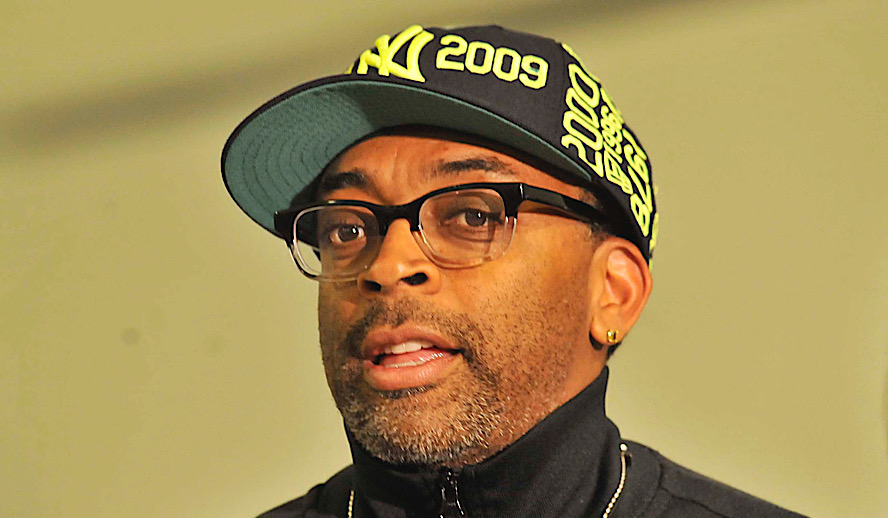 Spike Lee films are a study in art, message and protest. Much like his other films, the new Spike Lee joint Da 5 Bloods, which released on Netflix on June 12, has been loved by fans all over the world. The story of four Black Vets (played by Delroy Lindo, Clarke Peters, Norm Lewis and Isiah Whitlock, Jr.), who return to Vietnam decades later to search for the remains of their fallen Squad Leader (Chadwick Boseman) as well as the fortune they hid together. The film deals with the criminal nature of the Vietnam War, while also confronting the legacy of the violence on the psyches of those who were sent to fight in it.

Spike Lee is not only one of the most visible faces of Black cinema who keeps on exploring a multitude of issues concerning African-American communities, but also an acclaimed director who is known for his unique and eclectic style. Aside from Da 5 Bloods, let’s look at the three highly acclaimed movies from the director’s filmography.

“I got today’s forecast for you: hot. The color for today is black.” Do the Right Thing (1989) was the movie to put Spike Lee in the public eye and earned him the reputation of provocateur. Starring the director himself accompanied by a strong ensemble cast, the film starts as a slice-of-life comedy of a hot summer day in Brooklyn’s Bed-Stuy neighborhood. However, as the heat rises, so does the racial tension that has been simmering in the background. Angles get slanted as things start getting out of balance and control.

Can there be reconciliation amidst continuing assault on Black life? Spike Lee doesn’t shy away from asking this hard question, while at the same time defining anew what Black, political cinema can look like, making stylistic choices far from the dictate of realism. His aesthetic choices incorporate influences from pop culture to classic Greek drama. The film ends with conflicting quotations from Martin Luther King, Jr. and Malcolm X regarding the status of violence in the fight against racial oppression. This is not to exercise judgment on the actions of the characters but to highlight the complexity of the answer to what “the right thing” is.

Do the Right Thing is the perfect example of a Spike Lee joint, and for those new to the director’s work, the best place to get initiated.

Viewed by most critics as Lee’s greatest achievement, Malcolm X (1992) is the biopic of the influential Black leader, spanning the four decades of his life leading up to his assassination at Audubon Ballroom in 1965. Produced while surrounded by the controversy regarding whether Spike Lee was capable or deserving of representing such an important figure in an authentic way, without distortion or sanitization, the film went on to be released in the aftermath of the 1992 LA riots pursuing the beating of Rodney King by white police officers and their subsequent acquittal. Lee’s movie opens with Malcolm’s scorching words sounding over the real-life footage of the violence, cross-cutting to a burning American Flag, as he condemns the American nightmare that black experience has always been.

The screenplay, re-written by Lee after taking over the project, presents X’s life through the framework of his intellectual journey as well as his spiritual transformation and maturation, from his childhood in rural Michigan and his youth in Boston and Harlem as a criminal to his initiation into Islam in prison, his ministry in the Nation of Islam, his falling out with Elijah Mohammed and the start of the Organization of Afro-American Unity.  Through Malcolm’s search for his faith, independence, truth, and identity (X in his name standing for the unknown), the film interrogates what it means to be a black man in the 20th century US. This narrative of a life composed of many lives essentially marked with constant self-invention and re-invention touches upon the multifarious facets of the black masculine reality and is expressed by Lee through stylistic changes that affect tone and mood.

Denzel Washington gives a compelling performance as X, and the double dolly shot of him “floating” along with Sam Cooke’s “A Change Is Gonna Come” has since then gained iconic status. Speaking of music, the movie is also a testament to the Black art of the mid-century, with the names, faces, and voices of Billie Holiday, Duke Ellington, Count Basie, Lionel Hampton, and Ella Fitzgerald accompanying Malcolm’s story throughout. Despite the cultural dispute around it, Malcolm X still stands as a critical testimony to the life of one of the most important figures of US political history.

Spike Lee’s self-described love-letter to the city and its residents, the three minutes long New York, New York, can be seen as the unforeseeable sequel to the quiet treasure 25th Hour (2002) is. Even though the screenplay (by David Benioff) was completed before the historic tragedy, the film was one of the first to depict and dwell in the mood of mourning and uncertainty that the metropolis was taken over by in the aftermath of 9/11. Lee paints the city’s story of loss in the background with subtle and ambiguous melancholy while immersing ourselves into the headspace of Monty Brogan, as he spends his last 24 hours before driving upstate to start his seven-year sentence for drug offenses. This timeframe is filled with reflection and self-interrogation, as he tries to figure out where to lay his trust in the face of an invisible betrayal.

25th hour is a slow hit in the gut, and perhaps the movie that will grab us the hardest during these times of crisis. The fears that Monty possesses – the feeling of impending doom, the prolonged isolation, and being pulled away from the life one has built for oneself along with loved ones – resonates all the more, as New York once again takes on the face of a city in grief. Edward Norton’s exquisite performance is able to express everything that the character tries to repress – his vulnerability, unresolved anger, and self-blame. 25th Hour is restrained but intense, one of the most somber and contemplative of Lee’s films, and the personal favorite of the author.