‘Requiem for a Dream’: Anti-Drug Abuse PSA or Pursuit of Success’s Illusions? 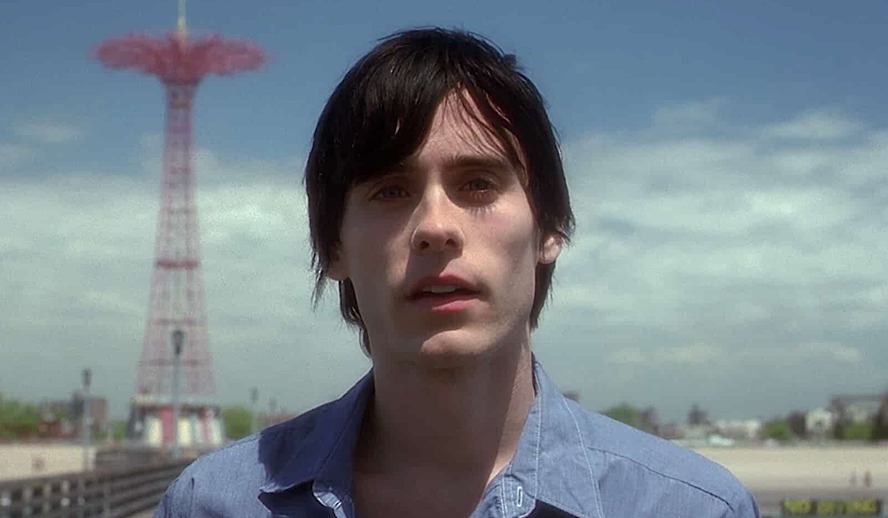 Photo: ‘Requiem for a Dream’/Artisan Entertainment

Substance abuse has been the subject of multiple Hollywood movies. While they aim to portray the dark side of drugs, they more often end up glamorizing it and taking away from their intended message (such as The Wolf of Wall Street). Hollywood has never been able to capture the truly ugly nature of substance abuse, with only a few good attempts under their belt such as Beautiful Boy (2018). However, there has truly never been a movie about drug abuse like the now 20-year-old Requiem for a Dream (2000). It leaves the audience with a sick feeling by the end; it is certainly the most effective anti-drug PSA there ever was. Although, is the movie really about substance abuse? What is director Aronofsky’s intended takeaway from the movie?

Requiem for a Dream (2000) is a psychological drama by notoriously dark director Darren Aronofsky, starring Jared Leto, Jennifer Connelly, Ellen Burstyn, and Marlon Wayans. It is based on the 1978 novel Requiem for a Dream, written by Hubert Selby Jr, following the lives of four Brighton Beach residents as their lives are affected and ultimately led astray by drugs. Aronofsky’s personalized direction style, cinematography, music, and script combined take this movie to a new height.

Related article: Timothée Chalamet Utilizes His Platform To Save People From Drug Abuse

Darron Aronofsky is known for his unique and highly stylized direction. In Requiem, he combines uncommon direction elements such as two different shots side-by-side in one frame, rapid high-speed cuts, quick transitions along with the infamous tension-creating crescendo musical theme of the movie. The first scene sets the tone of the movie, with a frantically fast-paced scene in which Harry (Jared Leto) steals his mother Mrs. Goldfarb’s (Ellen Burstyn) TV to pawn it for drug money. The audience sees the scene with two separate shots of both mother and son’s view in the same frame. There are various such 2-in-1 scenes which are mostly used to demonstrate the relationship between two characters, for example, the co-dependant bond of Harry and Marion (Jennifer Connelly).

The fast-paced screenwriting and frenzied dialogues also add to the tension in the film. There is a particular transition scene that is used whenever the characters consume drugs to symbolize a message that will be discussed further in this piece. The movie is designed to mimic the frantic personality of an addict who is constantly chasing after the next high. Its frenzied pacing invokes a similar type of anxiety, tension, and stress in the audience, making the audience feel an addict’s restlessness as they watch the movie. The characters are not given much background and it feels as though the audience joined their story halfway, although it does not take away from establishing a connection to the characters.

The performances in this movie are sublime. A performance that particularly stands out is Ellen Burstyn’s portrayal of the sweet unassuming widow Mrs. Goldfarb, for which she received an Oscar nomination for Best Actress in a Leading Role. She invokes more empathy than the rest of the characters due to the unintentional nature of her addiction. Her heart-wrenching monologue about how possibly being on TV gives a purpose to her life as a lonely old woman is possibly one of the best acting ever seen on screen. In fact, the take used in the final cut of the movie is the one in which cinematographer Matthew Libatique accidentally let the camera drift off-target, because he was crying during the scene and fogged up the camera’s eyepiece.

Is it Really a Movie About Drug Addiction?

What is an addiction as perceived by the general population? Is it always alcohol or drug-related? On the surface, Requiem is about drug abuse, but the story goes deeper than that. Aronofsky explores his interpretation of society which suffers from all kinds of addiction with this movie. Addiction is not always substance-related; a person can become addicted to anything they turn to for fulfilment. Mrs. Goldfarb is addicted to TV and food, Harry is addicted to money, Marion is addicted to Harry, and Tyrone (Marlon Wayans) is addicted to making his mother proud. He juxtaposes these addictions with drug addiction to show that no matter what addiction you have, the pattern is the same. His purpose is to invoke a self-reflection within his audience about their own such dependencies. Another clue about his true intentions with the movie is that the word “drug” or the names of the drugs are never mentioned because that is not what he wants the audience to focus on. Transitions similar to the drug transitions are placed in other parts of the movie to indicate the other addictions that the characters have, such as the transitions of the TV remote for Mrs. Goldfarb.

‘Requiem for a Dream’ – What Does the Title of the Movie Mean, and What is its Purpose?

The movie is shedding light on what the true issue is behind addiction: consumerism culture exploiting the innate human need for a purpose into chasing an illusory version of “success.” We are always chasing that next step, that next goal, that next job, that next person who will *finally* make us happy. The movie starts off by showing us how these carrots are dangled in front of the characters, and how they lose themselves completely in chasing after the carrot that they do not see the ditch in the road that is looming ahead. In today’s capitalistic and work-first society, Aronofsky wants to create reflection and tell us that we might be addicted to the chase of our societally influenced version of success as well which will never let us attain fulfillment. The drugs in the story are just the ‘X’ that marks the spot for something deeper going on internally with the characters: a void and a hole that they are trying to fill with something external. The internal void cannot be filled by a substance, person, or a certain level in life.

The horrifying final scene is an extremely jarring way for Aronofsky to shatter all the happy notions of so-called “dreams” working out, hence the title of the movie being “Requiem for a Dream”. The meaning of the word “requiem” is an ode or a token of remembrance. Aronofsky is saying that the dream is not real, and he is paying tribute to the struggles and the internal pain and loneliness of the characters.

Requiem is not an easy movie to watch by far. Fans have been known to deal with feelings of despair and despondency after watching the movie. However, it unlocks that higher level of awareness within its audience that is especially important in the current rat race culture, which has not changed at all even twenty years after the movie’s release.