A Tribute: The Inspiring Life of Chadwick Boseman, Passing the Torch 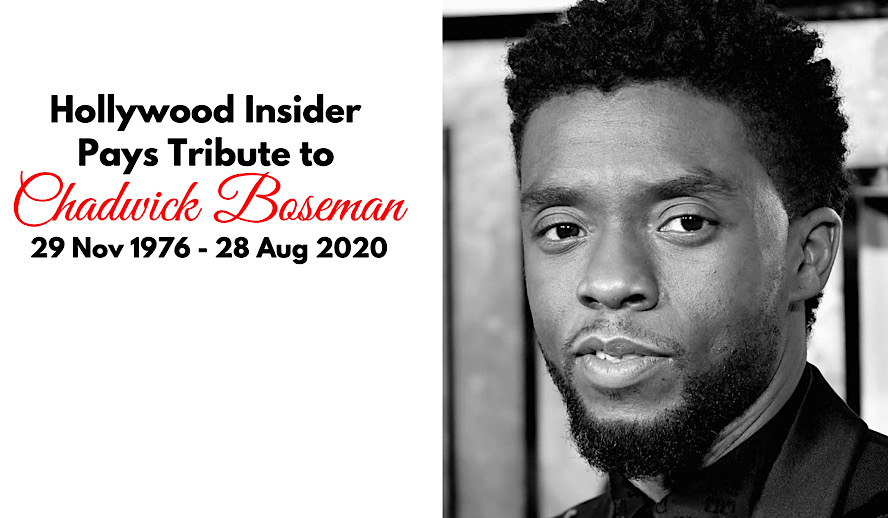 A 2017 UCLA report found that of all American film, 77% of cast members were white. The same report found that only 9% of all US film roles went to Black people that year. Hollywood is ruthless on Black actors trying to make it in this industry. Not only is there a narrow amount of opportunity, but even if you’re lucky enough to find your “big break”, for a Black actor, you need a multitude of “big breaks” to even make a footprint in the industry. This is why looking at Chadwick Boseman’s career, it’s so tragic knowing that we lost someone who worked tirelessly to open doors for the next generation.

Chadwick Boseman passed away on August 28th after many years of battling colon cancer. The things he accomplished at his age is unheard of in this industry. Few Black actors get to make their mark on this industry the way he did in the time God gave him.

He never had a scandal, he stayed out of the drama and antics and became a role model for an entire generation of Black children. Growing up, I don’t think I had anyone like Chadwick Boseman, a Black actor in films catered to young audiences. All the superhero movies from my youth were full of mostly white actors. Although Chadwick did an enormous amount of work for his age, his most important gift to us was the illumination of a nearby future for Black people.

In a 2019 speech at the Screen Actors Guild Awards, Chadwick Boseman answered the two most asked questions the cast received throughout publicity runs. Those two questions were “did we know that this movie was gonna receive this kind of response”, and “has it changed the industry, has it actually changed the way this industry works, how it sees us”. His answer was the phrase Black people know all too well, “to be young, gifted and Black”.

The line comes from the Nina Simone song of the same name. It talks about the power Black youth have inside of us, the strength to overcome adversity is simply coded into our DNA. In our hair, our skin, our lips, and hands are the power to surpass. Although Chadwick died from his battle with colon cancer, he did not lose the fight.

In a statement on Twitter, Chadwick’s family said the actor “persevered through it all, and brought [us] many of the films [we’ve] come to love so much”. And that he did. From his iconic roles of Jackie Robinson in 42, to Thurgood Marshall in Marshall, even James Brown in Get On Up. While struggling with cancer, Chadwick was able to still gorgeously and wonderfully play incredible characters and reach immense heights. He broke barriers and ceilings for young Black people across the world. If that’s “losing a fight” then winning is overrated. Chadwick overcame his dire circumstances and created art that punctured through impossible gateways. He had already solidified himself as one of the world’s greatest, most versatile actors. But the centerpiece to his mansion of great accomplishments is his role as T’Challa in Marvel’s Black Panther.

Strutting in a sleek all-Black, capeless superhero suit, the Black Panther graced screens worldwide. The film holds the record for “biggest debut for a solo superhero movie ever at $75.81 million” according to Mental Floss. The success of Black Panther was earth-shattering. Black people across the world rejoiced as they saw more elements of themselves on the screen then maybe even ever before. I’ve never experienced a movie that was able to unify Black people like this. Even people who weren’t Black loved this movie. It’s modern and exciting, comedically explosive, and heartfelt. It tackles difficult themes while still staying appealing to all ages. It’s truly a once in a generation work of art.

Although Chadwick Boseman accomplished a lot in his short time, he could not have done so without help. Phylicia Rashad and Denzel Washington are two of the people Chadwick credits for helping him along his journey. While at Howard, Chadwick Boseman was accepted into the British American Drama Academy’s Midsummer Program, but couldn’t afford the tuition. Chadwick’s teacher at the famous HBCU, Phylicia Rashad, put in a phone call to Denzel Washington. The king of acting answered the call and paid for Chadwick’s tuition. He was able to receive classical acting training at the acclaimed British acting program.

In 2019, when Denzel Washington was selected to receive the American Film Institute’s Lifetime Achievement Award, Boseman was asked to speak. While recounting the story of how his tuition was paid by the legendary Denzel Washington, Chadwick also so eloquently said this: “an offering from a sage and a king is more than silver and gold. It is a seed of hope, a bud of faith”. He goes on to discuss how “there is no Black Panther without Denzel Washington”. Through an eruption of applause, Denzel held back tears in what must have been a gratifying moment for him; to see the effects of his kindness, his labor, and love.

The bestowment of Kingship is a cycle; Denzel influenced Chadwick who will influence a generation of young artists, Black creatives, actors, directors, writers, artists of infinite shapes and sizes. In Chadwick’s passing, a torch was passed and a king’s blessing was bestowed upon the children of a glorious generation.

The Power of Grace

I am one of many Black kids that piece together their father figure; it’s an ongoing process. I remembered the importance of Grace from Chadwick. There were no scandals, no controversy, no inappropriate tweets, or exposed screenshots. There’s no room for that when you walk in grace. Every time he spoke butterflies would escape his lips and I’d feel their fluttering wings in the beating of my heart. Every time he walked a carpet I’d stare at my computer and smile at his alluring composure, his youthfulness, and unwavering grace. He embodied everything someone in the public eye should be; a symbol for the people they represent.

The torch has been passed. Its flame licks Halloween as kids all around the world dress up as their favorite superhero Black Panther. Its heat is felt in my acting classes, practicing and learning how to be better equipped in this industry forever changed by pioneers like Washington and Boseman. Its energy is strong enough to power an entire generation of hungry artists, ambitious Black kids, and adults alike. The beauty of this particular fire is that it lasts forever. Even when more of our greats face their transition to the other side, their fires will not go out. The efforts of those that came before us to enrich our society with diversity and culture will never vanish; they accumulate into the inferno and it becomes a beacon of light, illuminating the paths paved by those before us.  Thank you Chadwick for your time here, we’ll see your face in the billowing smoke of the burning flame you left in your grace.