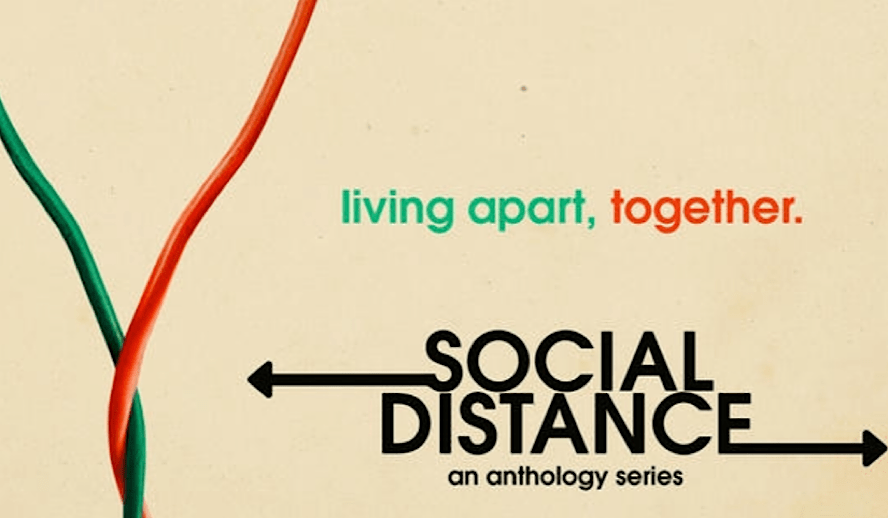 2020 has been an especially difficult year for the entire world, due to the unprecedented COVID-19 pandemic and resulting economic downturn. The entertainment industry is one of the industries which have been hit the hardest, with halted productions, postponed releases, and widespread layoffs. In this climate, it has become essential for businesses to evolve and adapt to this unconventional situation. The entertainment industry has started creating socially distanced pandemic-themed shows such as Love in The Time of Corona (streaming on Hulu) and NBC’s Connecting. Netflix has also joined the game with their latest offering, ‘Social Distance’.

Social Distance (released October 15, 2020) is a dark and humorous anthology show, portraying how different kinds of people are dealing with the pandemic and the resulting lockdowns/quarantines. The show is created by Hilary Weisman Graham, whose most notable body of work is Netflix’s own Orange is the New Black.

The Disparity in Experiences, As Seen Through Screens – ‘Social Distance’

The whole show is filmed through the screens and cameras that now encompass our lives, such as screen recordings of laptops, security camera footage, applications like Zoom, Nest, and Discord (for the younger kids). The direction is reminiscent of movies such as the Paranormal Activity franchise and Unfriended (2014). It lends a great touch to the authenticity of the situations portrayed in the show since it feels like watching the world’s event through what is now the “new normal”: screens.

The series comprises eight short episodes, each featuring different people in quarantine to give representation/explore a wide range of experiences. There is solitary quarantine, a Zoom funeral, a couple starting to get on each other’s nerves being stuck in the house, a family with one person infected by COVID-19, and many more. Each episode has a different theme and tone to it; some shed light on the extreme hardships people are going through due to the pandemic, while others focus on the more light-hearted experiences. On the one hand, there is a home nurse who is forced to leave her child home alone due to a lack of childcare and watch her through a Wyze camera. On the other hand, there is an episode where a couple has started to constantly nag each other since they are stuck in the house with only each other for company. The show’s writing strikes a perfect balance between the two experiences, purely portraying the absurdity of our world’s current situation and more importantly, the wide disparity between experiences.

On a light-hearted note, there are multiple references to situations which we have become all too familiar with, and exceptionally tired of as well. In one episode, an elderly man struggles to use Zoom, while his whole family tries to signal to him that he’s on mute. There is a scene about Zoom hackers which had become all too common before Zoom worked on their security issues. There are jokes about toilet paper shortages and misinformation about COVID-19 sent on family group chats.

There were a couple of missed marks on the show, such as the episodes on how the elderly and the teenagers are dealing with quarantine. There was much more to be explored as to how their psyche has been affected by the isolation and danger to their health, but it was breezed over with a more light-hearted approach.

Another Pandemic Which Hit 2020: Police Brutality

Another traumatic event that has become synonymous with the suffering of the pandemic are the recent murders by police of Black individuals, such as George Floyd and Breonna Taylor. There was no way a show about the current pandemic could be made without touching on this subject. The episode pertaining to the uprising after the murder is written in an interesting way, portraying both perspectives of the opposite sides of the issue with equal importance and consideration and leaving it up to the viewers to decide which perspective they resonated with more. It was a great attempt to factor in this tragedy which fell on the nation in the middle of another tragedy, exacerbating the anguish of the country.

There is isolation in the world right now in a way it has never been in living memory. People are unable to work even if they’re willing to and struggling to afford basic necessities such as rent, food, and healthcare. On the flip side, other people are facing another set of problems such as mental health issues, work-from-home exhaustion, the stress of the uncertainty, etc. In these extremely isolated times, there is a stronger need for entertainment companies to be sensitive and shed authentic light on the different kinds of experiences everyone is having during the pandemic. Art is a cathartic experience and if even one person feels validated and supported by watching such content, it is worth it.

Netflix has always been a league apart from any other streaming outlet. This is not just a consequence of them being ahead of the game in predicting the shift to streaming, it is also based on the quality of their content. They have heavily invested in bringing forth cutting-edge high-quality content whose defining factor is that it connects deeply with audiences. Netflix is able to elicit deep emotional reactions to their content. In addition to this, another attribute of Netflix’s success is the timeliness of its content. Netflix has hit all these points with this series and has added another winner to its library of impressive content.