Shondaland and Netflix Team Up for Juicy Regal Drama, ‘Bridgerton’ 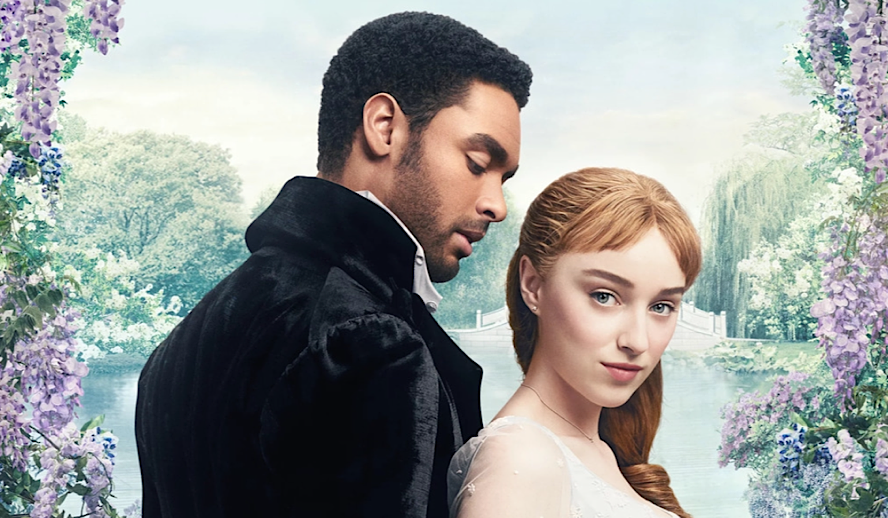 Scandal is the Currency of ‘Bridgerton’

As the seemingly everlasting year of 2020 comes to its highly anticipated close, the bittersweet hope for what the next months bring is met with what joys were sacrificed as the world grappled with a devastating pandemic. The essential escape provided by the unfamiliar worlds of new television series and films was one of the first pleasures of pre-COVID life that audiences quickly realized has been taken for granted as production studios shut down in response to the virus. The slim releases robbed entertainment fanatics of the getaway vital to enjoying everyday life, let alone surviving an oppressive pandemic; however, on Christmas Day, Netflix shared one of the most precious gifts in the form of ‘Bridgerton’, an original show as captivating as 2020 has felt long.

Arguably the most brilliant mind of modern television, Shonda Rhimes cultivates yet another gripping drama to her catalogue with the Shondaland produced, ‘Bridgerton.’ Shonda’s resumé of work has proved itself to be one of the most enviable as her past TV series, such as ‘Grey’s Anatomy,’ ‘Scandal,’ and ‘How to Get Away with Murder,’ all cultivated major fanbases and incited pop culture phenomena. Atop of each of these shows exploring varied and complex worlds ripe with intriguing character dynamics, every show from Rhimes broke the barriers of what Black women can accomplish, both in front of and behind the camera.

‘Bridgerton’ delivers on each front ShondaLandians have come to expect from the blueprint of a Rhimes-produced series, and ultimately reveals itself to be the most ambitious of the bunch. Following the story of the Bridgerton family residing in Regency-era London, the drama period piece expertly combines the heart-wrenching twists and turns Shonda has accustomed her audiences to while offering a finely detailed, immersive world entirely unlike that of today for viewers to explore. Narrated by Julie Andrews, the very definition of English class, as Lady Whistledown, an author of a rumor mill that dictates London’s high society, neither Queens, Princes, nor servants are immune to scandal.

The heart of the series is undoubtedly in the love story between Daphne Bridgerton, a young woman anticipating married life, and Duke Bassett, a rebellious playboy averse to settling down, as they feign a relationship and, in turn, send the city of London in a tailspin. From secret love affairs and deceptive antagonists to majestic balls and perilous duels, ‘Bridgerton’ is not only the binge-worthy Netflix experience audiences have been waiting for all year, it’s the one they deserve.

Gregorian London is a Diverse World in ‘Bridgerton’

A key facet of all Shonda Rhimes dramas is an inclusive and diverse cast of characters. As has been the case since ‘Grey’s Anatomy,’ Rhymes has always utilized the platforms of her television series to tell stories often underrepresented in media, whether it be depictions of Black success or queer love. The work of Kerry Washington and Viola Davis in Rhimes’s series ‘Scandal’ and ‘How to Get Away with Murder’ standout as excellent examples of Shonda’s devotion to producing shows that empower disenfranchised voices as these two superstars stepped into protagonist characters on major broadcast networks, a feat rarely offered to Black women.

‘Bridgerton’ is a unique case of inclusive representation as it reimagines what Gregorian London may have been like if society had achieved an effective multicultural and unprejudiced state. Rhimes approaches this unification thoughtfully, however, careful not to over-simplify and erase the all too real racist history. Ryan Murphy’s recent Netflix series ‘Hollywood’, for example, found itself under criticism for its retelling of history in its inclusive adaptation of the golden age of Hollywood. Although the intention is the same, audiences found Murphy’s uncomplicated resolutions to racism and homophobia insensitive where Rhimes’s approach does not claim to remedy discriminatory institutions, but interact with and confront them.

An example of how Black characters are bolstered in a representation that is both empowering and responsible is found in the character of Duke Bassett. He and his adoptive mother, Lady Danbury, discuss the state of Blackness in their society and whether or not they should be grateful for the acceptance of their white peers. Lady Danbury asserts, “We were two separate societies divided by color until a king fell in love with one of us,” to which Bassett retorts, “The king may have chosen his queen. He may have elevated us from novelties in their eyes to now Dukes and royalty, and at that same whim he may just as easily change his mind.” Rhimes masterfully creates a show that incorporates the inclusive cast it must to be relevant to diverse audiences of today without sacrificing the harrowing reality that should never have existed but cannot be erased.

A similar approach to simultaneously enlightening and accountable representation in ‘Bridgerton’ is found in the dynamic character of Marina Thompson, a young woman that is swiftly revealed to be pregnant out of wedlock. While it is absolutely invigorating to see the largely untold story of a pregnant Black woman in the 1800s, the great representation is found not merely in her multifaceted identity, but in her overcoming these arduous and realistic obstacles. A spectacular moment for Marina’s character arises when she is questioned about how she attempts to find a husband in time to obscure the pre-marital affair that led to her pregnancy.

Although Marina’s habit of lying to suitors does place her in a moral grey area, she is unapologetic in the actions she must take as a victim of her time. “As a woman I must make these difficult decisions for myself and for my child.” This moment is shockingly groundbreaking as it conveys sympathy for a character that is struggling to survive just like the rest of cast but is uniquely susceptible to criticism, and even danger, due to her identity.

‘Bridgerton’ Capitalizes on the Spectacle of Camp

Beyond the provocative story arcs and the several salacious love affairs, the boldest appeal of ‘Bridgerton’ is its vibrance. Rhimes is quick to impress viewers with the visual splendors the world of ‘Bridgerton’ can offer, ranging from avant-garde fashion to vivid use of color in every frame. The excessiveness of these visual features is an utterly brilliant adoption of the camp aesthetic, which was most recently brought to the spotlight in 2019 Met Gala red carpet in which celebrities like Lady Gaga, Kacey Musgraves, and Billy Porter were decked in outfits overflowing with theatricality and glamour. Rhimes understands the power of camp, and its historical significance during the Regency era, and consistently brings the world to life with over-the-top, mesmerizing fashion moments.

The character of Queen Charlotte is the most dazzling example of camp, not only in her bubbly personality and generally excessive lifestyle but in her intricate gowns and sophisticated hair styling. ‘Bridgerton’ cleverly meshes modernity and historical accuracy to create camp as the queen is able to effectively and exquisitely express her Black identity in the form of her hair, an integral aspect of a Black woman’s physicality that has been the target of aggression and appropriation from white people for decades. As queen, Charlotte reclaims the power Black hair holds by embracing its natural look and placing a crown on top of it.

Another way camp comes to life in ‘Bridgerton’ is through the series’s soundtrack which often melds today’s world with that of the 1800s United Kingdom. In the first episode, the cleverness of Rhimes is exposed in her Gregorian rendition of Ariana Grande’s hit, “thank u, next” which dramatically sets the unpredictable and eccentric tone of the episodes to come. The utilization of modern music infused with the regal time period of the show conveys the whimsy, creativity, and crowd-pleasing nature of ‘Bridgerton’ as climactic scenes are elevated with familiar songs audiences love without removing viewers from the majestic world Rhimes has made far too easy to slip into.