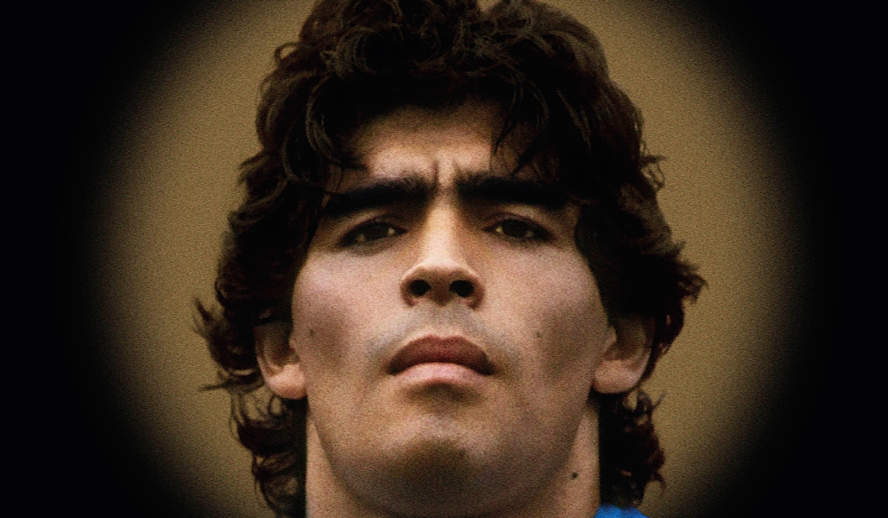 Asif Kapadia’s (Senna, Amy) ‘Diego Maradona’ is another poignant documentary, this time about one of the greatest footballers (soccer players) of all time. It centers on Maradona’s time in Napoli during the late ‘80s and poignantly posits that moment as a symbol for his overarching life-story.

As a football fan, Diego Maradona was an inherently fascinating watch – it doesn’t shy away from emphasising the genius of his football as much as his wild character. The footage on display is surprisingly cinematic (it was recorded by Maradona’s personal cameraman). As a result, the matches are more exciting than most feature film depictions of football (Goal!, for one). As well as showcasing the actual games, the footage gives an intriguing insight into the inner workings of a football club. There are various interviews with the Napoli president and conversations surrounding transfers, all of which are interesting.

Moreover, Diego Maradona is a brilliant showcase of the power of football in society. The numerous clips of unparalleled joy in the hearts of Napoli and Argentina fans and of religiously-themed Maradona murals prove the sheer emotional power of the sport. Even more so, the magnitude of the hatred Maradona faced in his latter Italian spell further points to football as a societal, as well as sporting force. Football matters whether you like it or not, and Kapadia understands this.

An Intimate Experience With A Brilliant Leading Man – ‘Diego Maradona’

More importantly, the film captures Maradona’s emotional state as much, if not more so, than it does the football. If anything, the two elements are intertwined seamlessly. You get the sense that the pressure of being as good as Maradona is intensely suffocating. His struggle with fame is visible. The film makes an interesting argument that there were two Maradonas – Diego, an honest, humble man, and Maradona, a godlike superstar. The tension between the two personas is intensely dramatic. Most movingly, Maradona’s problems with addiction are poignantly presented as the culmination of said pressure. His relationship with the Camorra further heightens the drama and turns the latter half into a near-gangster flick (by Kapadia’s own admission). Given Maradona’s recent death, these elements are all the more powerful because it seems likely that they, in some way, contributed to his later demise.

As a character, Maradona is the perfect leading man. It seems strange that more films haven’t been made about his life. His physical features alone are brilliant fuel for an epic, underdog protagonist. His diminutive disposition makes his vanquishing of larger opponents doubly impressive. His look is iconic – he sports a chain and earring during games as if he just turned up from a night out (which isn’t far from the truth). His face is unbelievably expressive. In every moment in the film, you get a strong sense of what Maradona is feeling. Memories of Scarface were popping into my head as I witnessed the enormity of his rise and subsequent plummet towards darkness. Diego Maradona feels inherently cinematic, largely as a result of the magnitude of its central ‘character’.

As well as Maradona himself, the film possesses a surprising level of historical detail. The world around Maradona is fleshed out, which in turn, further engrosses you in his viewpoint. Before showing you the footage of Maradona’s infamous dismantling of England in the ‘86 World Cup, Kapadia ensures we understand the venomous Falklands conflict which underpinned this moment. Additionally, the idolisation of Maradona among working-class Neapolitans is cleverly paralleled with Maradona’s own impoverished background. It is an added bonus that these details exist – they aren’t essential but their presence makes the film more well-rounded.

The technical aspects add to Diego Maradona’s power without making it feel overly aggrandised. The musical score adds to the emotional impact. It never overwhelms, but rather it quietly elevates the content throughout the runtime. Even the sound design is notable – extra noise is added to the football matches to further immerse you in the game. You feel every kick, tackle, and goal.

Some may not like the fact that the entirety of the film is old footage, and that there are no modern interviews. Saying that the extensiveness of the video footage is absolutely extraordinary. It never feels like the filmmakers have curated a narrative – it feels like the narrative was already there and they simply found it and showed it to us.

It is impressive how economic the story is. Many documentaries feel lopsided and unfocused as a result of assuming any detail about the subject at hand is interesting. Kapadia instead focuses on specific elements and rarely goes off track. At first, I was frustrated by the microscopic focus on the Napoli years. However, as the film went on, it did an increasingly good job of explaining why these years were so pivotal to understanding Maradona’s life as a whole. The restraint ends up being admirable as well as making the story pithier.

If you are a football fan, Diego Maradona is a must-see. It provides a stunning collection of his greatest footballing exploits and makes a good case for why he is considered one of the greatest players ever. Moreover, it is a brilliant showcase of the importance of football worldwide, as is evident in Maradona’s enormous effect on Neapolitans and Argentinians. The film works as a film as much as it does a documentary. Much of this owes to the strength of the footage but also to the power of Maradona’s persona, whose enormity is akin to legendary film characters like Scarface and Citizen Kane. Perhaps the film’s greatest strength is that it blends the various elements of Maradona’s significance with his personal life. It’s a film about a footballer, football, and life all at the same time.

In terms of sheer emotion, it falls just short of the crushing impact of Amy, but Asif Kapadia delivered yet another insightful and engaging film in Diego Maradona.