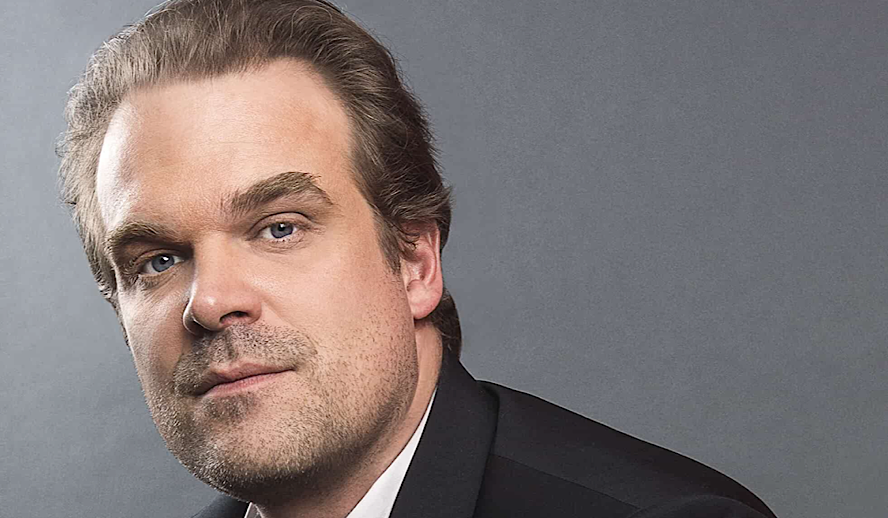 Netflix’s hit coming-of-age, sci-fi, 80s throwback ‘Stranger Things’ has changed the lives and careers of many of its cast members. Stars such as Finn Wolfhard and Millie Bobby Brown went from being complete unknowns to household names nearly overnight — established stars such as Winona Ryder and Matthew Modine notched yet another iconic performance to their illustrious careers. Actor David Harbour did not fit either of these molds neither being an unknown nor the level of star of Ryder or Modine making Harbour’s journey all the more interesting.

David Harbour has been delivering performances in small or supporting roles since the early 2000s, even appearing in a blink and you’ll miss him role in Steven Spielberg’s ‘War of the Worlds’ that starred Tom Cruise and Tim Robbins. For years, Harbour occupied this area of the actor you recognize and always is good in the roles he appears in, however never had the iconic role that they are known for. After years of putting in the work and being typecast as an officer of the law or a government official fairly often, Harbour continued to give exemplary performances in the time he was given. Harbour’s work ethic and perseverance would earn him the opportunity to get the iconic role he would be known for in Sheriff Jim Hopper. While it would be easy to only gravitate towards his most notable roles, Harbour’s journey prior to ‘Stranger Things’ should not be overlooked and praise is due for all the hard work put in by the tremendous actor over the years.

After spending a few years doing small roles on television, Harbour landed his first major motion picture role in ‘Kinsey’ starring Liam Neeson, a biopic about famous sexologist, Alfred Charles Kinsey, portraying Robert Kinsey — the film was warmly received by critics and notched a Best Supporting Actress nomination for Laura Linney. After his appearance in ‘War of the Worlds’, Harbour would appear in a brief role in the incredibly culturally resonant Ang Lee film ‘Brokeback Mountain’ sharing a compelling scene with the star of the film, Jake Gyllenhaal. Harbour’s next role would be as an FBI agent in the independent film ‘Confess’ that also starred Melissa Leo. Harbour would get his chance at the closest thing to a lead role yet in the indie comedy ‘The Wedding Weekend’. While not as warmly received as some of his previous films, Harbour is a highlight and offers a glimpse into the charm and sarcastic charisma that he would become known for. In 2007, Harbour would appear in ‘Awake’, a film that starred Hayden Christensen and Terrence Howard, in the role of “Dracula”.

In the late 2000s to early 2010s, Harbour would see an uptick in his work seeing larger roles in larger films. Bolstered by an incredible moustache, Harbour portrayed CIA agent Gregg Beam in the ‘James Bond’ film ‘Quantum of Solace’ that also starred Daniel Craig, sharing a brief exchange with Judi Dench and another scene with actor Jeffrey Wright. Harbour would go on to play a role in the Leonardo DiCaprio and Kate Winslet-led film ‘Revolutionary Road’. The film allowed Harbour to flex his dramatic muscles sharing several emotional scenes with Winslet. The film garnered positive reactions from critics and even notched three Academy Award nominations.

In 2011, Harbour appeared in the Seth Rogan and Evan Goldberg written vigilante comedy ‘The Green Hornet’. The film allowed Harbour to continue to flex the sarcastic wit seen in previous roles specifically in a scene in a restaurant between Harbour and Rogan as well as a very entertaining chase sequence that features Harbour sharing a scene with Christoph Waltz. A year later, Harbour would appear in another Jake Gyllenhaal lead film in David Ayer’s potent action thriller ‘End of Watch’ that also starred Michael Peña playing a police officer, yet another figure of authority. Harbour would reteam with director David Ayer in 2016 in a small role in ‘Suicide Squad’ as a government official sharing a scene with Viola Davis.

In 2013, Harbour appeared in the Dwayne Johnson action film ‘Snitch’, which also starred Jon Bernthal, as well as ‘Parkland’, a film that recounts the events of the Parkland Hospital the day President John F. Kennedy was assassinated, as an FBI Agent. In the film, Harbour delivers an incredible performance with an impactful and intense scene between him and Ron Livingston that leaves audiences awestruck. ‘Parkland’ stacked an A-List cast starring Zac Efron and Paul Giamatti. Harbour would continue to give dramatic performances appearing in the Johnny Depp-led mobster film ‘Black Mass’ in 2015.

While having done action films before, Harbour went on a particular run of action film appearances beginning in 2014 when he appeared in the Denzel Washington film ‘The Equalizer’ as Masters getting the opportunity to get beat, tortured, and interrogated by Washington’s character in a garage. Harbour next starred in the Liam Neeson action film, ‘A Walk Among the Tombstones’. In the film, Harbour shares an intense scene with Neeson where he is exchanging money for a young girl that ends in a shootout that stands out as a particularly memorable scene of the film. Even after his breakout role in ‘Stranger Things’, Harbour would continue to do action films starring in the Jamie Foxx film ‘Sleepless’, in which Harbour is particularly humorous, as well as the recent Netflix Chris Hemsworth film, ‘Extraction’.

In 2016, ‘Stranger Things’ released to audiences changing the careers of everyone apart of the project. Harbour finally was being given the credit he deserved as the magnificent career actor he was. The character of Jim Hopper was a character that was perfect for Harbour to play combining the best qualities that he showed thus far in his career. Hopper was snarky yet charming, required experience in action sequences, had moments of deep emotion and dramatism, and of course, was a police officer. Each trait and piece of Hopper, Harbour had already mastered allowing the character to feel incredibly real. The character of Hopper works so well because of his fallibility; Hopper is not an invincible action hero, rather someone who is vulnerable and emotionally compromised even if he does not always show it which is perfectly played by Harbour. Audiences fell in love with the still-grieving father determined on finding Will Byers and still are clamouring five years later to see Harbour reprise the role next year in the fourth season of the show.

David Harbour is now everything many knew he could be: a bonafide superstar. After years of appearing in small roles and sharing glimpses of greatness, audiences are now privileged with Harbour as a lead in big blockbusters such as ‘Hellboy’ and ‘Black Widow’ as iconic comic book characters. Even in the case of a film that was disappointing such as ‘Hellboy’, Harbour’s performance stands out as exceptional. It is a great feeling to have one’s hard work be rewarded, it is an even greater feeling to not let that reward be the end of the story. Since ‘Stranger Things’, Harbour has not let his foot off the gas and continues to give audiences excellent performances making any appearance he has in a film worth the watch.

What’s Next For David Harbour

David Harbour is set to appear in the Christopher Landon film ‘We Have a Ghost’ opposite Jennifer Coolidge and Anthony Mackie. The film is currently shooting.