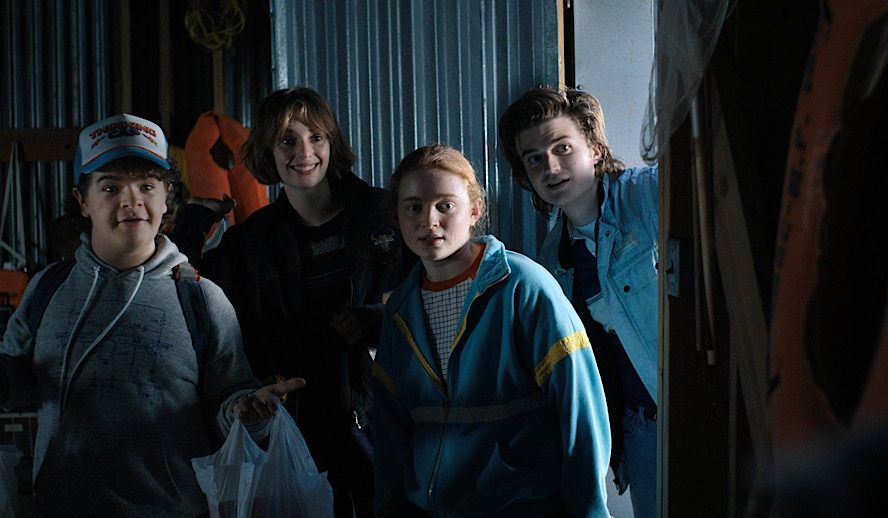 Netflix’s money maker ‘Stranger Things’ is back after COVID shut down production and pushed things back. With season 3 airing in 2019, fans had to desperately wait it out till the new season was released on Netflix. There were many concerns with the new season, with the focus on being on the actors and how they aged but many people forgot that in Hollywood, young adults in their 20s are always playing teenagers. Going into this season, I honestly didn’t know what to expect. My love for the show has dwindled over the years and waiting in between seasons didn’t help either but watching this season reminded me of what I love about ‘Stranger Things’ and things I dislike about the show. Therefore, here is a warning to any die-hard ‘Stranger Things’ fan that these opinions are my own and shouldn’t change your opinion of the show in any way.

This season was split up into two parts with the first seven episodes released on May 27, 2022, and the last two episodes released on July 1, 2022. I honestly liked this because it gave me a chance to watch the show at my own pace but nonetheless, this season was still spoiled for me. That is one of the downsides of the binging model, the season was dropped and fans went after it like hungry piranhas then went to spread spoilers throughout all the social media apps. Therefore, when I was able to set aside time to watch it, I went into binge mode and really enjoyed volume 1.

The thing I like the most about every season of ‘Stranger Things’ is the first half of the show, because we get to meet new characters while the mystery of Hawkins unfolds. The main gang is now transitioning into high school and are struggling to fit in, this whole plot was nice to watch because all the characters are struggling in their own way. Especially El (Millie Bobby Brown), we see her constantly get bullied in the first half and it makes me want to jump through the screen to save her because these bullies are disgustingly mean. Then Lucas (Caleb McLaughlin), wants to fit in with the popular crowd because he’s tired of getting bullied, and I worried with this plotline at first because I thought he was going to drift away from Dustin (Gaten Matarazzo) and Mike (Finn Wolfhard) and become a bully himself but, thank God, it doesn’t go that way. My favorite recurring character this season is Max (Sadie Sink), she still has trauma from the previous season and she’s letting herself slowly open up again. I enjoyed every second she was on-screen and I believe she was the best-written character this season.

As deaths started to happen in Hawkins, the show went into the horror genre territory and I absolutely loved it because my eyes were glued to the screen and the visuals were spot on. The show had a little bit of horror here and there but it’s nothing compared to this season’s creepiness. One reason I continued to watch it was because I was having fun and wanted more of that plot instead of the other ones. This season has three plot lines to follow and my favorite was the one that takes place in Hawkins because, in my opinion, it gives the show energy. The other two plot lines were just okay and I’ll explain my problems with them at the end of this article.

I didn’t finish the last episode of volume one because I wanted a smooth transition into the last two episodes and that was a mistake of mine. Episode seven’s runtime is 1 hour and 38 minutes, episode eight’s runtime is 1 hour and 25 minutes, and finally, episode nine’s runtime is 2 hours and 30 minutes, so I was exhausted when I finished the show at 4 am. Therefore, volume two felt painfully long for me and I just wanted it to stop once I was an hour into the finale. My joy for the ending of the season started to go away because I started to see the problems with the show and when it finally ended and I was over it.

I was talking to my friends and reading comments about how people felt about this season and I saw that many people were skipping over certain plotlines because they were bored of it. The plotline with El, Mike, Will (Noah Schnapp), Jonathan (Charlie Heaton), and his new friend Argyle (Eduardo Franco) seemed to be skipped over more than the Russian plotline with Joyce (Winona Ryder), Hopper (David Harbour), and Murray (Brett Gelman). I read that people were uninterested in El’s backstory because they felt it should’ve been explained in an earlier season and since Hopper is a fan favorite, people stuck around for that plotline because of him. As for me, I felt the opposite because I’m not a fan of the Russian plot line and generally not a fan of multiple plotlines. In volume 2, I started to see the struggle of them balancing all these plotlines and characters while trying to make a great finale, resulting in some characters being pushed to the side.

I was surprised that Mike was pushed to the side because he’s the main character and this season his character fell flat. Mike as a character is no longer strong on his own because of his romantic relationship with El and it’s not just me that’s saying this, other fans are pointing it out as well. Mike’s friendships with the other characters no longer feel stable and even though this season addressed it with his friendship with Will, we hardly saw Mike interact with his other friends. A show that focuses on relationships between characters is struggling to show development with the main gang because they’re split apart.

Final Thoughts/Problems with the series

My number one issue with the show is that there are too many main characters! ‘Stranger Things’ is struggling to develop these characters while introducing new ones at the same time. I loved Eddie (Joseph Quinn), his character was so much fun to watch and I couldn’t get enough of him. Meanwhile, Nancy (Natalia Dyer) and Steve (Joe Keery) had goo-goo eyes for each other the entire season and in the end, it led to nothing because Nancy is in a relationship with Jonathan. I liked how a friendship was developing between Nancy and Robin (Maya Hawke) and wished the writers would’ve focused on friendship between all three of them. Then once again this season, Will was pushed to the side and was only there to motivate Mike. Even though the show has a long runtime, it still isn’t enough time to bring equal development to all the characters. With season five being the last season, I wonder how the Duffer Brothers are going to pull all of this off. My final thoughts are that I love the main plotline with Vecna and can’t wait for more of his character in the last season. Also, I hope all of the characters stay together as a group in the final season so we can get that development. In the end, I give this season 7.5 grandfather clocks out of 10.