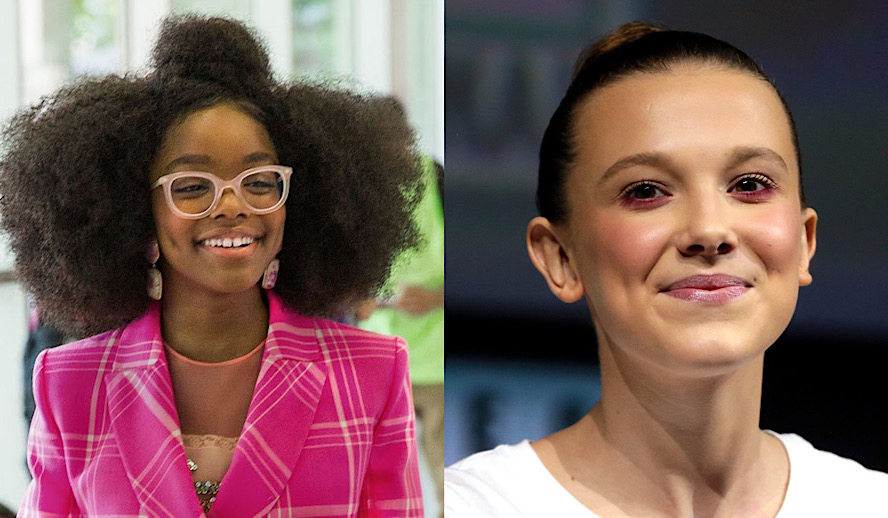 In an industry that is constantly growing, it is not surprising to see rising stars and young actresses taking on the role of producing their own films as well. What is surprising, however, is learning that Hollywood’s youngest ever producers, Marsai Martin and Millie Bobby Brown, are only 14 years old and 16 years old respectively. It truly speaks to their tenacity, maturity, and determination that these young women have begun to actually work behind the scenes on movies that they star in as well.

It is not odd for actors to begin producing their own films as they become interested in having a say in regard to the stories that get told. While some could argue that these girls are too young to be holding such executive power in the filmmaking industry, I see it as highly impressive that they have taken the initiative to be able to create works that inspire them. They put in a lot of work to create these films, and they both hope to open more doors for young people in the film industry.

Marsai Martin actually pitched the film Little when she was just 10-years old, although the film came out when she was 14 years old. After finishing her appearance in the first season of Black-ish, she went to Will Packer Productions to pitch her idea for the film. Packer told Cinema Blend that, “[Marsai Martin] came in with this really well thought out, structured pitch that was good and worked! I said ‘You know what? I can see this movie!’ She had some scenes that she acted out in the moment and I was like ‘Okay, this young lady is not shy, she’s got a very strong sense of self but also a very strong sense of story.’”

Talking in a video interview to Yahoo! Lifestyle Marsai Martin explained that being an executive means that you can “create what you want to create…The reason why I’m doing this is because there’s no young black girls on the TV screen or any film out there…[I] just want to keep on creating stuff that everyone feels welcome to.” She also explained that she feels “it’s important for young people to get involved and tell their stories because they won’t hear it from anybody else.”

The second youngest producer in Hollywood is Millie Bobby Brown. Rising to fame for her role as Eleven in Netflix’s popular series Stranger Things, Millie Bobby Brown has now expanded her horizons by producing the recent release Enola Holmes with her sister, Paige Brown. She made the deal with Legendary Pictures to star in and produce this film that is based on a book series by Nancy Springer. Although currently only one film, the story as a whole is rife with the opportunity for more films in the future. Although she first struck the deal to produce and star in the film when she was just 13 years old, at the time of the film’s premiere, September 23rd, 2020, she is 16 years old. This film has found immense success, especially with young female audiences. Being a girl in a similar position as the main character allowed Millie Bobby Brown to truly understand how she wanted to portray an experience that hit so close to home.

Further, in September of 2019, Variety announced that Millie Bobby Brown would again be working with her sister to produce a film titled A Time Lost. In a statement, the sisters explained, “We are so grateful to Netflix for their confidence in us and this beautiful story, which we have spent years writing and developing. It’s about friendship, family, and overcoming obstacles when it feels like the world is pushing you down. It’s been a labor of love, literally.”

In a PTI Zoom roundtable, Millie Bobby Brown explained that “we don’t have enough young filmmakers out there. So, I was obviously going to take it because it gave me a chance to learn things, to give me this platform to then help other filmmakers out there who want to be a part of more of the production side of the film industry.”

Why Should These Young People Be Producers?

This is a question that is often posed when people find out about the fact that there are now producers as young as 14 years old. It is even a question that I thought myself upon finding this information.  However, I feel that it is important for these young people to begin pursuing things that they wish to do. Being hardworking and setting goals for yourself is not something that should be exclusive to adults. If they have the means by which to create interesting stories and have a say in being involved in shaping the future of Hollywood, then I believe they should be allowed to do so without others criticizing them for being too young.

While it is always good to gain experience, oftentimes this is achieved through actively doing things. Marsai Martin and Millie Bobby Brown are learning by doing as well as creating spaces for others to do so as well. Their youth also enables them to approach things with a different eye than adults, able to harness more of their imagination that often gets lost as people get older.

Both Marsai Martin and Millie Bobby Brown are young activists, fighting for their future in Hollywood and taking direct action in making sure that other younger people can see themselves reflected in front of and behind the camera, which is something that they should be praised for rather than put down for.