Remembering Sean Connery: A Tribute to a Legend Who Launched the James Bond Franchise 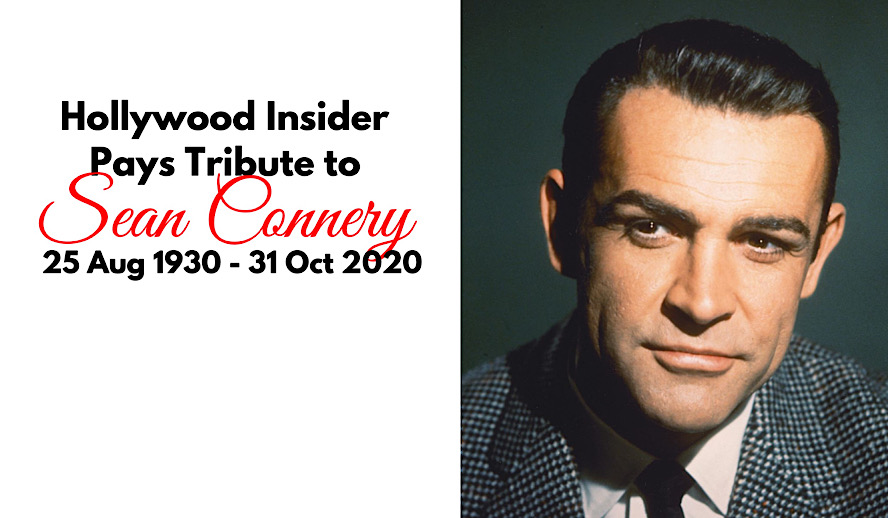 The industry was rocked by the recent passing of Hollywood great Sir Sean Connery, one of the greatest actors in the industry. He is most commonly known as the first and original James Bond, launching the wildly popular, currently seven-decade long-running franchise. He has played the character in seven movies which effectively launched him into superstardom. After retiring from Bond, he worked in various other acclaimed bodies of work before joining yet another popular franchise, Indiana Jones. He won an Oscar for Best Actor in a Supporting Role for his portrayal of Jim Malone in the 1987 movie The Untouchables, which also starred Robert De Niro and Kevin Costner. Given his wildly successful career and his famously brash personality, in this piece, we will dive into the personality that was Sean Connery.

A difficult childhood and early life

Sean Connery was born Thomas Sean Connery on August 25, 1930, in Edinburgh, Scotland. He was given the primary name “Sean” by his school friends, which he later went on to use as his stage name in his career as well. He came from humble beginnings, with his father being a factory worker and his mother a cleaning lady. They lived in a two-bedroom apartment in a neighborhood that was dubbed “the street of a thousand smells.”

He ended up quitting school at the age of thirteen to pursue a job. He seemed to struggle in finding a career path earlier on in life. He flitted from job to job in various unrelated industries, looking for a source of survival rather than following a thought-out career goal. He has held jobs as diverse as a milkman, lorry driver (like his father), lifeguard, and laborer. He decided to join the Royal Navy at the age of sixteen but was discharged after three years due to a medical condition. He also dabbled in bodybuilding and modeling, participating in a Mr. Universe contest and working as an artist’s model.

In addition to his many talents, he was also a great soccer player. In fact, he was offered a contract with the world-famous soccer team Manchester United, which he turned down as he did not consider it to be a viable long-term career option. Instead, he decided to try his luck at acting.

His acting career started out in theatre; his first job was helping out backstage at the King’s Theatre. He ended up landing a role in the theatre production of South Pacific, traveling with them across the country to perform a small part as a chorus boy. He acted in multiple projects in theatre as well as film through the 1950s. Finally, his breakthrough came with being cast as James Bond in 1962.

Sean Connery’s casting as one of the most famous and recognizable characters in cinema was no straightforward process. The author of the original James Bond books, Ian Fleming, did not feel that Sean Connery embodied his vision of Bond. Instead, he wanted to cast David Niven or Roger Moore for the part (they later went on to play Bond as well). Connery was eventually cast as Bond due to producer Albert Cubby’s wife Dana, who advocated for him when she was shown footage of his previous performances by her husband. Fleming eventually came around after the success of the movies. Sean Connery was the first James Bond to launch a franchise that spawned a billion dreams.

Sean Connery went on to act in seven James Bond movies; Dr. No (1962) which coined the iconic phrase “Bond, James Bond,” From Russia With Love (1963), Goldfinger (1964), Thunderball (1965), You Only Live Twice (1967), Diamonds Are Forever (1971) and Never Say Never Again (1983). Since Connery did not grow up with an affluent upbringing, James Bond’s posh mannerisms did not come naturally to him. He credits director Terence Young, who directed three Bond movies, with teaching him the polish and grace that a sophisticated character such as Bond commands.

Connery famously started to resent the franchise that catapulted his career a few years later. He did not connect with the character enough and did not feel like he was being paid and valued fairly by the studio execs responsible for the franchise. He had an especially tense falling out with producer Albert Cubby, which led to him skipping the 1969 Bond movie On Her Majesty’s Secret Service in which George Lazenby played Bond. He returned for Diamonds Are Forever after negotiating a better pay structure, and did his final Bond movie Never Say Never Again in 1983 before retiring from the franchise.

Besides Bond, Connery did various other big movies such as the Alfred Hitchcock thriller Marnie (1964), the Agatha Christie novel’s movie adaptation Murder on the Orient Express (1974), and the adventure romance Robin and Marian (1976) with fellow Hollywood legend Audrey Hepburn. He went on to finally win an Academy award in 1987 for The Untouchables, which was based on Al Capone’s life.

He ended up performing in another famous franchise: Indiana Jones. He joined the cast of Steven Spielberg’s Indiana Jones and the Last Crusade (1989), playing the father of Harrison Ford’s character. He also starred in various movies such as Robin Hood: Prince of Thieves (1991), Medicine Man (1992), and Entrapment (1999) which caused controversy due to his co-star Catherine Zeta-Jones being forty years younger than him.

Awards outside of movies

Sean Connery went on acting up until the 2000s decade before retiring from feature productions. In 1989, he was named People magazine’s Sexiest Man Alive at the age of fifty-nine. He was also officially knighted by Queen Elizabeth II in 2000, an honor which he had previously declined due to differing political beliefs.

Sean Connery passed away in his sleep at his family home in the Bahamas on October 31, 2020. After his passing, his wife revealed that he was suffering from dementia.