Jamie Foxx and Kyla-Drew’s ‘Dad Stop Embarrassing Me!’ is a Return to the Classic Multi-Cam Sitcom 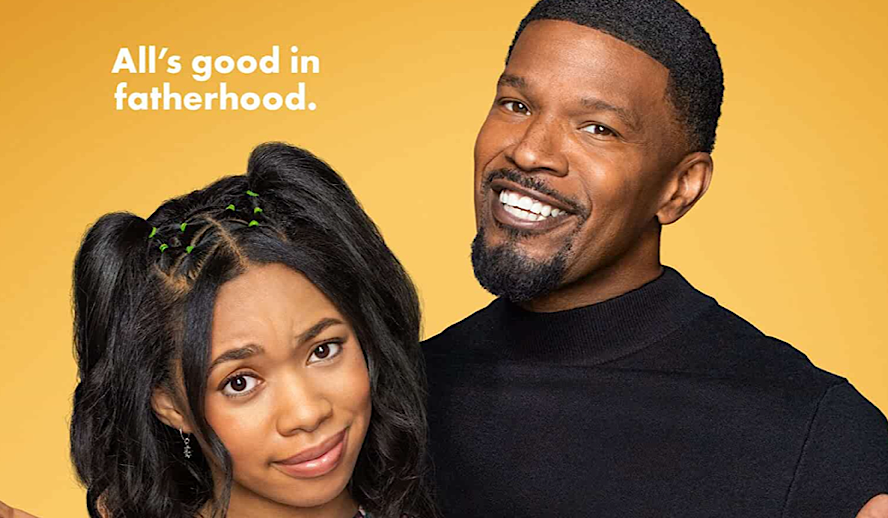 A Daughter Father Relationship in the Gen Z Age

On Friday, ‘Dad Stop Embarrassing Me!,’ a half-hour comedy consisting of eight episodes, was released on Netflix. The series follows the relationship of single father Brian Dixon (Jamie Foxx) and his daughter, Sasha Dixon (Kyla-Drew). Brian is the busy CEO of a cosmetic company in Atlanta, which he struggles to attend to without making Sasha feel neglected. She’s just moved in with him as well – amplifying this pressing problem. In the pilot episode, we see the two attending a therapy session to tackle these issues, effectively setting up the central conflict of the show.

Throughout the season, the show focuses on the generational gap between Brian and Sasha, which is pretty vast given Sasha belongs to “Gen Z.” She likes Yeezys, Yoga, and TikTok, while he likes old music, traditional values, and family time. He’s a dedicated churchgoer, while she’s an atheist. He isn’t a very experienced dad, and she’s an independent woman who doesn’t need him. The two are effectively opposites, causing a lot of tension in their relationship. And with all this considered, the two must deal with typical father-daughter disputes such as dating, communication, and more.

However, at the heart of the show is a caring dad just trying to connect with his daughter. But his over-the-top efforts, though endearing, usually ends up embarrassing her, resulting in the title ‘Dad Stop Embarrassing Me!’ The family also includes Brian’s father, Pops (David Allen Grier), and sister, Chelsea (Porscha Coleman), solidifying the show as a family drama. Pops and Chelsea serve as humorous characters, but they also function as mediators between Brian and Sasha.

‘Dad Stop Embarrassing Me’ also marks Jaime Foxx’s return to sitcom after starring in ‘The Jamie Foxx Show’ from 1996-2001. The actor, who has won an Oscar, Grammy, and a Golden Globe, seems to be returning to his roots.

Right from the beginning, you’ll realize that ‘Dad Stop Embarrassing Me!’ doesn’t resemble modern television at all. From its sitcom feel to multi-camera operation, the show feels like a throwback to the 90s and 2000s – a far cry from the polished, high production value streaming shows of today. Even the studio lighting, which is pretty conventional as opposed to stylistic, harkens back to this bygone era. Classic four-walled sets with an open face to the audience are used, with pre-recorded laughter scattered to accompany each joke. The fourth wall is repeatedly broken for characters to express their inner worries and desires to the audience. This is pretty unusual to see on the Netflix slate – a studio trying to break the barriers and move forward – but it seems to be working. As of Friday evening, the show ranked #1 on the US’ Top Ten list on the Netflix homepage.

This sitcom style is also existent in the show’s writing – which relies on a lot of physical and situational comedy. For example, a lot of the humor in episode one relies on Jamie Foxx’s character wearing unbearably, unwearable tight jeans. At other moments, the actors utilize the space and environment best they can to amplify any and every joke. In a lot of ways, this type of humor feels like a fresh breath of air. It has a sense of simplicity and universality that makes it palatable and easy to digest. It’s the perfect show to lazily watch, especially if you’ve got a short attention span.

However, like a 90s sitcom, a lot of the humor in the show feels outdated as well. Many of the jokes in ‘Dad Stop Embarrassing Me!’ are jokes on race or gender roles, which feels old-fashioned for a 2021 show. Surprisingly, much of the show’s humor relies on the objectification of female characters, which is pretty concerning, especially in a show that’s supposed to follow a father-daughter relationship. The first episode, for example, shows Brian romantically involved with a very young woman, and he and his daughter are mistaken for a couple when they go to therapy. Many sexual jokes are scattered throughout the season.

When it comes down to it, ‘Dad Stop Embarrassing Me!’ is not for everyone. With an obsolete style and often uncomfortable sense of humor, the show simply isn’t that attractive for modern audiences. It’s difficult to pinpoint its target audience as well. Even though it feels like a family-friendly series, the sexual humor and racial jokes feel pretty inappropriate for kids. In fact, the best way to understand the tone of the show is by comparing it to an old sitcom – funny back then, but probably with some questionable jokes that wouldn’t be allowed in modern times. And while the show stars the incredible Jaime Foxx, his talents aren’t really able to be highlighted in such a two-dimensional role. Instead of elevating the content, it seems as though he and the other actors are being restricted by the content’s form. Jokes feel forced, the open-faced sitcom blocking feels unnatural, and the world is difficult to believe.

At the same time, if you’re not a picky watcher and are looking for something to casually watch, the show could be a great option. It’s easy and non-committal – with that classic television feeling of being able to pop in and out at any episode. Episodes are only 25 minutes long and the entire season is already on Netflix, ready to stream. The show also holds a strong sense of Black culture that is evident in the episodes’ subject matters and specific family dynamics. Caucasian characters lie on the sidelines, allowing Black experiences to be at the forefront. Not only that, but the show is helmed by Black creatives as well, such as directors Bentley Kyle Evans and Ken Whittingham.

All in all, ‘Dad Stop Embarrassing Me!’ is a pretty mixed bag. It’s a surprising show to pop up in modern times – relying on the classic sitcom format in both visual and story content. It’ll be up to each viewer whether this throwback is fresh and original, or if it’s dated and archaic. Season one of ‘Dad Stop Embarrassing Me!’ is now streaming on Netflix and contains eight episodes.