The Duffer Brothers Have Delivered Us Another Wonderful Season of Stranger Things With One of The Best Finales of All Time: Winona Ryder, David Harbor, Millie Bobby Brown 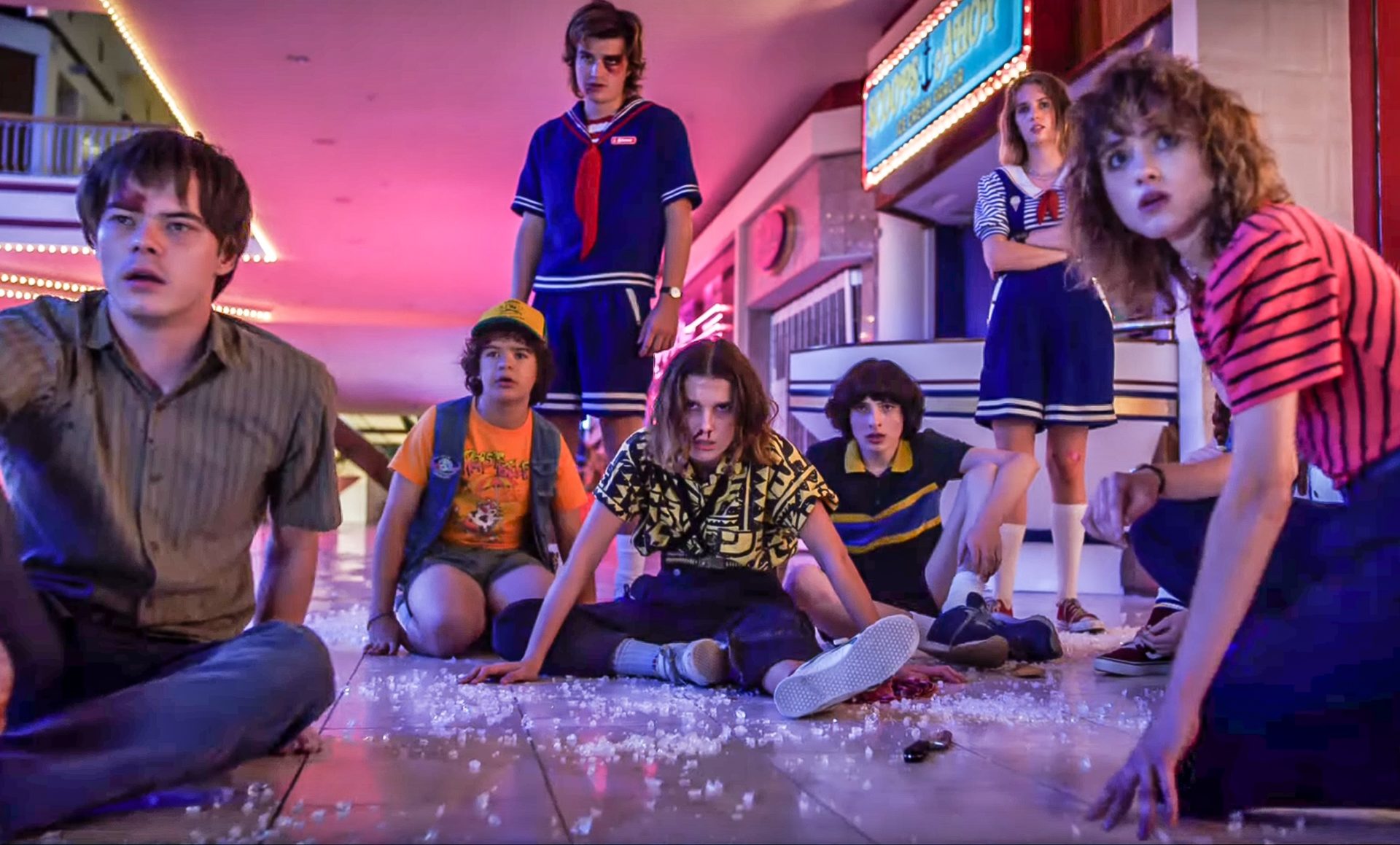 ‘Tis A Season Of Personal Issues at Stranger Things

The Duffer Brothers have delivered another extra satisfying chain of episodes that portray the lovable band of misfits living out their summer in Hawkins.  We get to see our favorite characters again played by Winona Ryder, David Harbour, Finn Wolfard, Millie Bobby Brown, and many more. This summer, all of the characters are dealing with their own personal issues: Hopper is struggling to accept that Eleven is now in an intimate relationship with Mike, Dustin feels as if his friends forgot about him, Lucas and Max are constantly on and off, Will seems to be the only one in his friend group who’s not interested in girls, Nancy feels undermined at her new internship by her sexist superiors, Joyce is feeling increasingly lonely after the death of her old boyfriend, and Steve is stuck working at an ice cream shop in the new mall where he’s incapable of maintaining his popular guy persona. Problems start to arise when Max’s brother Billy starts showing concerning behavior, Dustin’s radio picks up on a mysterious Russian broadcast, and Nancy receives a startling call regarding an outbreak of a supernatural disease. The characters split up into four groups in dealing with these issues that eventually result in a jaw dropping finale. 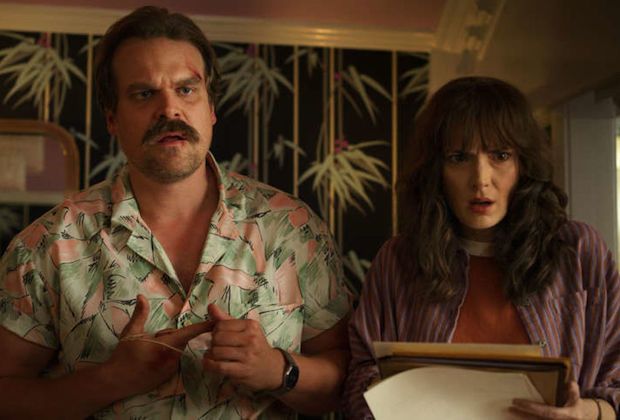 This season in particular focuses a bit less on the supernatural plot, and a bit more on the character development which doesn’t satisfy us any less. The issues these characters experience are quite common and relatable, making it easily entertaining. There’s heavy attention placed on the rapidly growing relationship between Eleven and Mike. Eleven, as an underdeveloped human being with an inexperienced parent, doesn’t understand how overly involved she’s become with him until Max, played by Sadie Sink, convinces her so, then encourages her to develop a more individual character for herself and realize her worth. This feminine exploration she experiences is amusing to watch and she eventually establishes healthy boundaries with Mike. We also see a different side to Hopper, who is somewhat trying to soften his edges, especially in regards to the women in his life. Joyce tries to help him confront Eleven in a diplomatic conversation regarding her relationship with Mike which hilariously does not go as planned. On the other hand, he’s also trying to confront Joyce romantically by asking her out on a date which also does not go as planned. Harbour’s character is hilarious and gritty as always; we can’t help but admire his attempt to improve his communication skills and temperament. 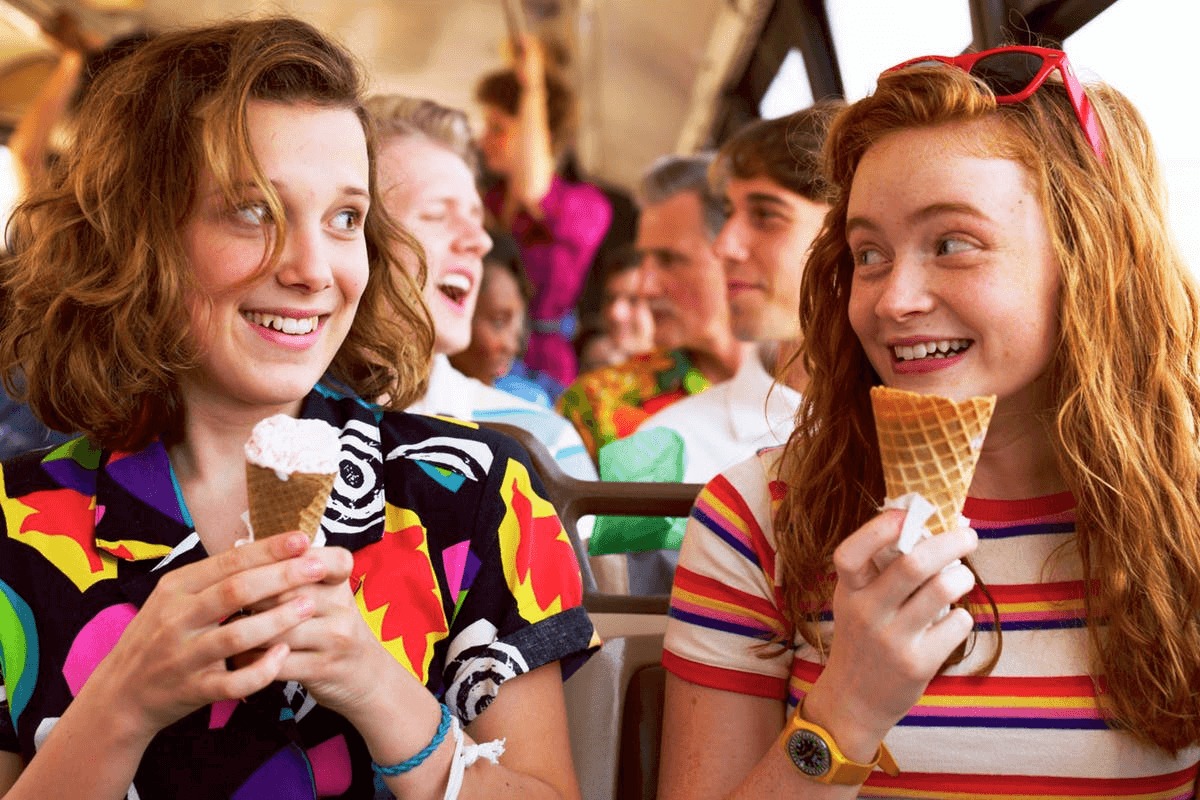 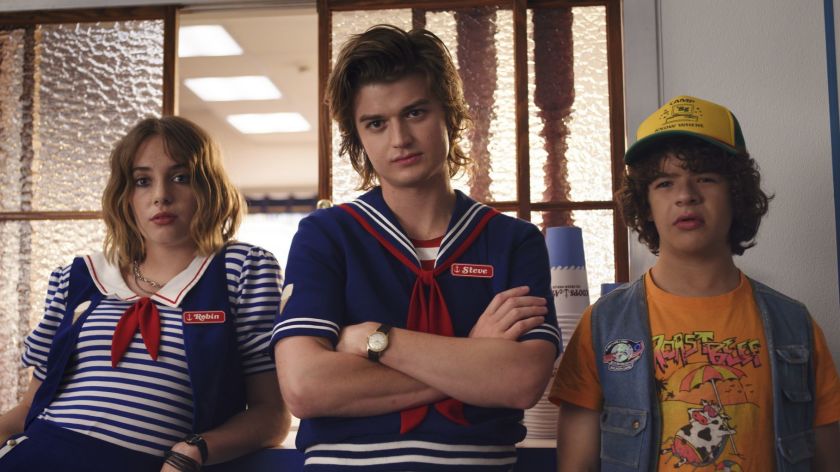 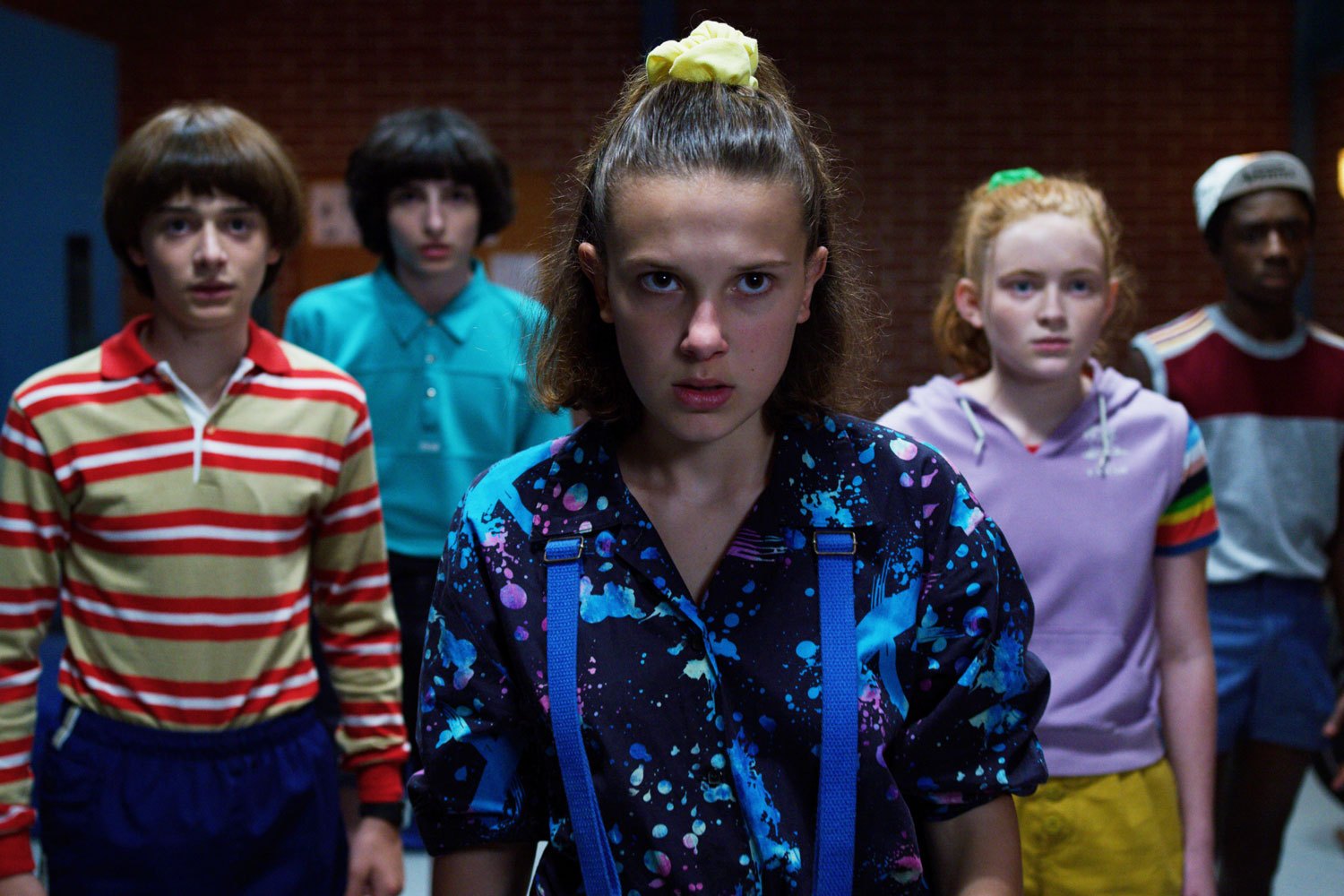 Season 3 introduces a few charismatic characters into the scene, all played by incredibly talented actors. Maya Hawke, who is also the daughter of Uma Thurman and Ethan Hawke, plays Steve’s co-worker at the mall, Robin, who seems amused at his failure to maintain the swagger he had in high school and eventually becomes part of his and Dustin’s scheme to find out what the Russians are up to. Her high intelligence and sense of independence plays perfectly into their trio and she quickly becomes a likable “mom of the group” character. Then, we’re introduced to Priah Ferguson who plays Erica, Lucas’ mall rat little sister. She becomes of use to the mall trio when she agrees to help them with their plan to infiltrate a storage room full of suspicious boxes in exchange for free ice cream for life. Her sassy mouth adds a comedic effect to the group’s situation and it’s later discovered that she’s a lot more intelligent than she appears. Lastly, although he’s not a new character, Dacre Montgomery puts on a stellar performance as he becomes the center of attention as Max’s step brother, Billy, who seems to be possessed by a dark supernatural force, becoming one of the primary signs of danger coming. We witness his character undergo an extra terrifyingly violent persona who has fits of absolute fear and pain through this possession which is successfully portrayed by Montgomery.

80s Nostalgia Is At An All Time High in Hawkins

One of the most blatant aspects about this season is that it heavily plays on an 80s summer nostalgic vibe through the clothes, soundtrack, and overall aesthetic. The show makes very clear that the kids have officially made their transition as teenagers through their rebellious exploration of self, love, and meaning in life. At one point in the season, Max encourages Eleven to find her true sense of self and style by taking her on a shopping trip to Starcourt where she experiments with a series of colorful clothing to Madonna’s “Material Girl” and dumps Mike shamelessly afterwards. Nancy and Jonathan continue to stick to their vintage style of dress as they enter the adult world through their internships at the Hawkins Post. The new Starcourt mall that’s opened up in Hawkins where the kids frequently visit adds a lot more color to the usual brown and green Hawkins scenery from past seasons. Even the ice cream shop that Steve works at brings a lot more color to the scene. It’s a fun series to watch this summer, not just because of the violent Russians taking over the mall or Mind Flayer dragging the characters back into the Upside Down, but for the nostalgic settings, comedic dialogue, and overall light heartedness of the season.

And, let’s avoid the topic of Natalie Dyer looking like Timothée Chalamet altogether.

– Himesh Patel, Lily James & Danny Boyle Bring The Beatles Back To Life In The Brilliantly Original Film Yesterday with a sprinkling of Ed Sheeran and Kate Mckinnon