‘Extraction’: Chris Hemsworth Is A “Marvel”-ous Actor & A Serious One 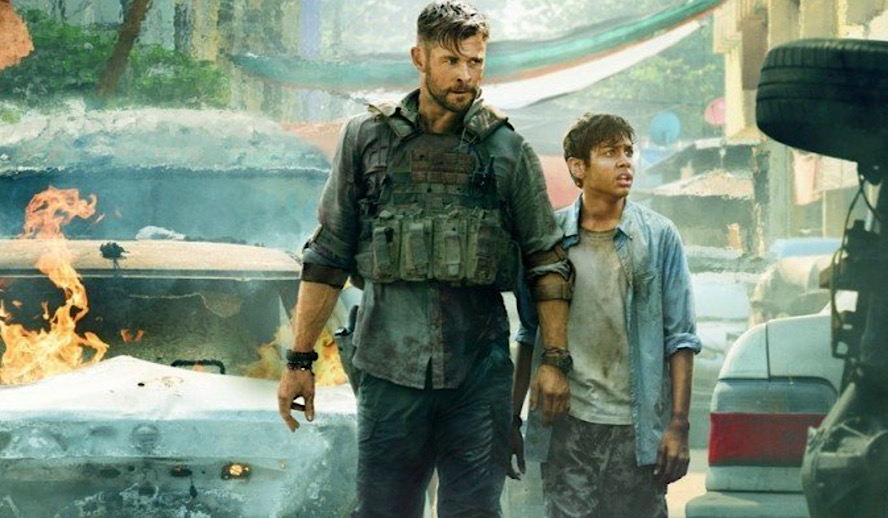 Life for many of the stars post-Infinity Saga has been promising, and Extraction is an example of that. From a graphic short by Joe (who also wrote the screenplay) and Anthony Russo, produced by the Russo’s, (Captain America: The Winter Soldier and Civil War, Avengers: Infinity War and Endgame), a directorial debut for MCU stunt director Sam Hargrave, and Chris Hemsworth’s most notable performance since Endgame (sorry MIB:‌ International, you just don’t cut it), Extraction is a near-perfect action film that is worthy of being Netflix’s biggest original debut to date.

Extraction isn’t trying to be the deepest, greatest, most inventive action film. It wants to entertain without being bogged down by convoluted and intertwined war/government plots and threads. Instead, Hargrave takes a simple short story premise that perfectly keeps the main mission intact. Many criticized the simple plot of this film, I’d say that is one of its strengths. The clear-cut mission gives the viewers a main goal but ensures the central aspect is the exhilarating action sequences that move the pace at such speed that left me thinking I was only thirty minutes in when in fact, I was at the one hour and fifteen-minute mark. When a twelve-minute one-shot fight scene feels like a five-minute sequence, you know the director did something right.

However, it shouldn’t come to anyone’s surprise when that director is a former stunt man. We seamlessly move in and out of cars, up and down multilevel floor buildings with ease, never dizzying but instead smoothly transitioning from scene to scene. I am very stoked for what Hargrave has in store, but even better, he knew he had a lot to learn as a first-timer, and went with simple before biting off more than he could chew. That is the sign of a level-headed director.

Acting and Characterization Better than it Should‌ Be

You can’t write this review without pointing out the stellar performance of Chris Hemsworth.

Hemsworth truly makes good with the material as a believable mercenary with a broken past. Though the action takes center place, there are just enough breathers here where you care about the protagonist. So many straight action films forget that we need a sense of humanity in our heroes. Joe Russo didn’t forget. By the time the finale hits, Hemsworth’s Tyler Rake has earned our trust and our desire to seem him succeed in his mission, and the performance does so without the trademark wit and humor Hemsworth has so often used to be successful.

The overall acting and characterization in Extraction are way better than an action-based film has any right to be. But again, Joe Russo has proven with Marvel that he and his brother are exceptional at bringing depth to their entire cast even when action is the name of the game. Rudhraksh Jaiswal, Randeep Hooda, Golshifteh Farahani, and David Harbour are all standouts with very limited screentime (except Jaiswal) who give just enough depth where we care about the outcome of very complex individuals who aren’t as bad or good as they are initially portrayed to be.

The minute the film began I was attracted to the cinematography. Without too many spoilers, the opening scene takes place during the third act, creating a question in our minds that forces us to watch the film in its entirety to learn the answer. It wasn’t necessarily the most inventive I’d seen, but I kept noting the angles and coloring of the picture. The close-up shots of Hemsworth brought you emotionally close to the character in an intimate way that we feel we are inside the mind of Tyler Rake. The choice to use point-of-view with the flashbacks again is simple but extremely effective.

I was impressed with the smooth shots and ability for Newton Thomas Sigel to bring us in and out of the moment, clearly on purpose. Those impressive yet simple decisions were before the one-shot takes and insane action sequences, which cemented that this cinematographer was in sync with the director’s vision. I then researched Sigel’s past work and realized he has done some impressive films, most notably Drive and the X-Men franchise.

Extraction is better than it’s Rotten Tomatoes score would suggest (though it is still fresh mind you) and surprised me from start to finish. My only critique is the shift from strangers to best-friends relationship that Hemsworth and Jaiswal’s characters develop in such a short amount of time just isn’t 100% believable, but good enough where it’s only a minor issue. Had that minor issue with the film been expounded upon, I’d say Extraction is a perfect film. It may not be the greatest, but it doesn’t do anything wrong yet it is just complex and ambitious enough (with an ending that makes you question what really happened to boot) that you can’t say it plays it safe either.

If you don’t enjoy harsh truths of war and the excessive violence that comes with it, this isn’t for you. But if you can stomach that, go watch this right away. Netflix delivers home entertainment with a movie that wouldn’t have done well at the box office but is right at home on the streaming service, discovering a possible franchise and a top-notch director in the process.