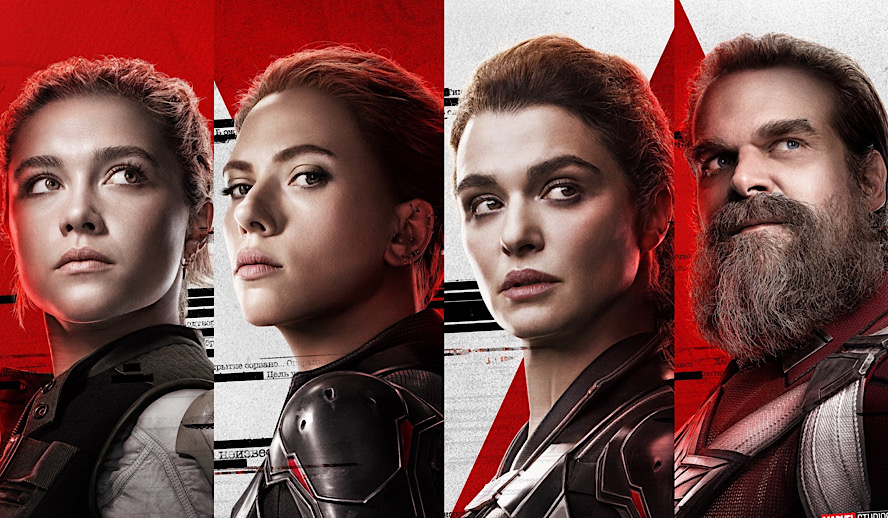 First appearing in ‘Iron Man 2’ all the way back in 2010, Natasha Romanoff (Scarlett Johansson) was initially introduced as Natalie Rushman, a disarmingly attractive and hypercompetent drone from legal who leaves Happy (Jon Favreau) flummoxed by a brutal, acrobatic takedown–in response, Tony Stark (Robert Downey Jr.) says, “I want one.”

At the time, who would’ve thought that this piece of trailer bait would be the first on-screen interaction between members of the Avengers? Romanoff is at first entirely reserved, hidden behind indecipherable coy charm–all we know is that she’s been a deadly spy her whole life, and recently for the good guys.

Her story came to a definitive conclusion in ‘Endgame’, but Johansson will star as Romanoff in one more film–the upcoming standalone feature ‘Black Widow’. Taking place after the events of ‘Civil War’ but before ‘Infinity War’, ‘Black Widow’ is a prequel that follows Romanoff as she’s pursued by the very organization in which she came up as a lethal Russian spy–the Red Room.

Related article: Video: The Evolution of Scarlett Johansson – All Her Roles & Performances From 1994 to 2021

The Plot and Premise of ‘Black Widow’

Discussed in prior films like ‘Age of Ultron’, the Red Room (also known as the “Black Widow Program”) is the brutal, top-secret Soviet training program that molds young girls into elite assassins–Romanoff is obviously a graduate. Much of the film will play out like an origin story as Romanoff reunites with figures from her past, triggering flashbacks that finally shed some light on the superspy’s clandestine background.

Much of the memories involve Romanoff’s adopted family–Rachel Weisz (‘My Cousin Rachel’, ‘Oz the Great and Powerful’, ‘The Lovely Bones’) plays Melina Vostokoff, a spy who’s completed the Black Widow training program five times. In the present, Romanoff must reconcile some issues with abandonment.

While Romanoff is reminded of the past, the relentless Taskmaster (whose actor is yet to be confirmed) pursues her in the present under the direction of Dreykov (Ray Winstone—’Quadrophenia’, ‘The Departed’, ‘Noah’), current overseer of the Red Room.

At the heart of the story, however, is Romanoff’s relationship with Yelena Belova (Florence Pugh—’Little Women’, ‘Midsommar’, ‘Fighting with My Family’), Romanoff’s adopted younger sister who’s undergone the same intense training regiment–they work together to infiltrate the Red Room, rather than run and be hunted down by the Taskmaster.

Pugh is set to reprise her role in the upcoming MCU Disney+ series ‘Hawkeye’, and it’s clear that ‘Black Widow’ is not only a long-overdue examination of one of the Avengers’ mainstays, but a baton pass from the old guard to the next (in the same way that Chris Evans’ Steve Rogers would pass on the title of Captain America to the Falcon). Based on the events of ‘Endgame’, it’s obvious that Johansson’s Romanoff won’t be able to retake the mantle of Black Widow–instead, Pugh’s Belova will take her place.

Written by Eric Pearson (‘Godzilla vs. Kong’, ‘Thor: Ragnarok’, ‘Agent Carter’) from a story by Ned Benson and Jac Schaeffer (creator of ‘WandaVision’), and directed by Cate Shortland (‘Somersault’, ‘Lore’, ‘Berlin Syndrome’), ‘Black Widow’ seems in many ways like a fitting and affectionate send-off to Johansson’s Romanoff–with proven talent, polished spy/superhero action, and a Soviet throwback setting, ‘Black Widow’ promises flesh out the mysterious character’s mythos and usher in a new heroine for the MCU’s fourth phase.

Originally scheduled for release on May 1, 2020, ‘Black Widow’ was delayed on account of the pandemic–first until November 6, 2020, then until May 7, 2021, and then again until July 9. It’s suffered the same fate as Patty Jenkins’ ‘Wonder Woman 1984’, which would ultimately be released simultaneously in theaters and on HBO Max by Warner Bros.

Disney has pursued a similar release strategy with Disney+ called Premier Access, allowing subscribers to watch new releases for a one-time fee of $30–’Black Widow’ will utilize this service. It’s hard to ignore the comparison that HBO Max subscribers can watch Warner Bros. releases at no additional cost–with a release date of July 9, however, may be the digital option won’t be nearly as relevant.

Society is threatening to reopen and force you to commute–with vaccinations being administered by the millions per day, it’s likely that seeing ‘Black Widow’ in theaters, as summer blockbusters should ideally be, won’t be a big deal.

‘Black Widow’ is scheduled for release in theaters and on Disney+ Premier Access on July 9, 2021–CLICK HERE to watch the newest trailer.