A Tribute To Ewan McGregor: The Superstar-Actor Known for Iconic Roles 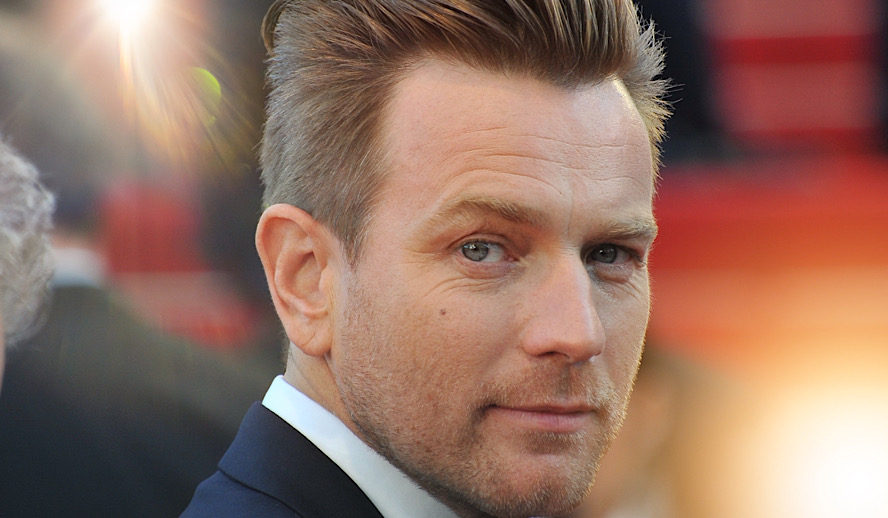 The Shine Is Strong With This One

The terrific Ewan McGregor was a staple of my household growing up. Playing my favorite ‘Star Wars’ character, Obi-Wan Kenobi, in George Lucas’ prequel trilogy, McGregor would constantly be swinging his lightsaber on my television screen. While Obi-Wan Kenobi is easily McGregor’s most iconic role, he deserves more credit for his other excellent performances that flow under the radar. Gaining initial traction for starring in Danny Boyle’s ‘Trainspotting’, McGregor began to build an exceptional career signing onto the ‘Star Wars’ films as well as Ridley Scott’s ‘Black Hawk Down’.

From horror sequels to based on true story dramas, McGregor steals each scene he appears in. From fully committing to a lightsaber duel in ‘Star Wars: Episode I – The Phantom Menace’ to the dance sequences of ‘Moulin Rouge!’, McGregor is an actor that brings his physicality to his roles.

McGregor also brings a distinctness to his performances through his voice, a talent that was utilized in various voice acting roles such as starring in the animated film ‘Robots’ alongside the late-great Robin Williams, as well as playing the talking candlestick Lumiere in 2017’s ‘Beauty and the Beast’ that starred Emma Watson and Dan Stevens. McGregor is an actor that has been able to keep a steady career since his 1996 breakout, invigorating franchises such as ‘Winnie The Pooh’ starring as the titular character in ‘Christopher Robin’. Clearly, McGregor is an excellent actor, however, through this piece going through a few of my favorite of Ewan McGregor’s roles, it will be easily demonstrated why McGregor has become the star that he is today.

From director J.A. Bayona, director of ‘A Monster Calls’ and ‘Jurassic World: Fallen Kingdom’, ‘The Impossible’ depicts the true story of a family that is separated while on vacation in Thailand after the 2004 Indian Ocean tsunami. McGregor portrays Henry, husband to Naomi Watts’ character, Maria, and father of three boys, one of which is played by a young Tom Holland. The film is absolutely gut-wrenching in its intensity and the emotional toll it takes on its viewers. The tsunami scene will have an audience member’s heart pounding and expertly shot. The real triumph of the film however is the deeply emotional performances that make the journey towards the family’s reunion all the more compelling.

Watts and Holland are excellent in their roles, but the standout performance of the film for me was that of McGregor. McGregor is truly gripping in the role of Henry, his paternal anxiety for the safety of his family emanates from the screen. The heart of the film is carried with McGregor as he trudges through relocation centers with his two youngest boys. A scene that stood out to me as particularly captivating is when McGregor is telling a group of survivors about his quest to find his wife and son. In the scene, you can feel his sorrow, but also his hope which is a difficult balance to pull off.

Both the emotions come after a fellow survivor offers McGregor his phone to call home. McGregor’s character makes the call and breaks down — in this break McGregor’s performance is allowed to shine as you feel the character’s pain. After hanging up, McGregor calls back and announces that he will search every hospital and every rescue site until he finds his wife and son. In this second call, you can hear the hope in his voice and see his resolve on his face. Mcgregor’s performance in ‘The Impossible’ is truly an incredible one and stands today as one of, if not, the best dramatic performances he’s ever given.

After hits such as ‘Ouija: Origin of Evil’ and ‘The Haunting of Hill House’ on Netflix, director Mike Flanagan was tapped to direct the sequel to Stanley Kubrick’s ‘The Shining’, ‘Doctor Sleep’. The film follows the son of Jack Nicholson’s character, Danny Torrance, as he continues his adult life after the traumatic events that occurred at the Overlook Hotel and is introduced to a whole new world of people that shine like him, both good and evil. McGregor was cast in the main role of Danny Torrance and brought charisma and emotional depth to the character that helps propel the film.

‘Doctor Sleep’ would not be as great a film as it is without the excellent performance of McGregor. The character asks so much of McGregor as we see Danny Torrance evolve from a directionless drunk to a man with a purpose. McGregor can pull off this evolution seamlessly, while also bringing a charm to the role that is unrivaled by his fellow co-stars. In the film, McGregor’s character forms a friendship with a young girl named Abra, played by Kyliegh Curran, who also can shine. The friendship between the two is a heartwarming change of space amongst the scares of the film that help to give the film the emotional punch that it ends up packing — this is to the credit of both McGregor and Curran’s fantastic performances.

After the announcement of a prequel trilogy to George Lucas’ original ‘Star Wars’ films, Ewan McGregor was cast as a young Obi-Wan Kenobi, the wise Jedi master that was previously played by Sir Alec Guinness. Starring opposite Liam Neeson, McGregor was introduced to ‘Star Wars’ fans in 1999’s ‘Star Wars: Episode I – The Phantom Menace’. McGregor perfectly portrays the young Jedi embodying the spirit of the character while also making it his own, similarly to Chris Pine’s portrayal of Captain Kirk in J.J. Abram’s ‘Star Trek’. McGregor appeared as Kenobi in three films, the final film, ‘Star Wars: Episode III – Revenge of the Sith’, being McGregor’s best performance as the character.

The third installment of the prequel trilogy is the film that asks the most of McGregor as an actor. Similar to ‘Doctor Sleep’, this film asks a lot of McGregor as a performer both physically and emotionally. The lightsaber fights in the film are some of those more intricately choreographed in the entire saga and require McGregor to work long hours to be able to learn the moves to the sequence. While the prequel films have been criticized for their wooden performances, McGregor stands out as charismatic and engaging in the role with improved chemistry with co-star Hayden Christensen since the previous film. In the climax of the film, McGregor gives an emotional monologue that has supplanted itself as one of the most iconic ‘Star Wars’ moments in the saga and it is a credit to McGregor for giving the performance to make that moment land.

From Franchises To Indie Film

Whether it be small films such as ‘Trainspotting’ or giant blockbuster hits like a ‘Star Wars’ film, Ewan McGregor feels right at home and makes the most of every line he is given. Whether it be through his charm or his physicality, McGregor brings a nearly unquantifiable element to his roles that elevates both him, the cast around him, and the film itself. While perhaps not the A-List star Dwayne ‘The Rock’ Johnson is, McGregor has supplanted his place in cinematic history.

What’s Next For Ewan McGregor