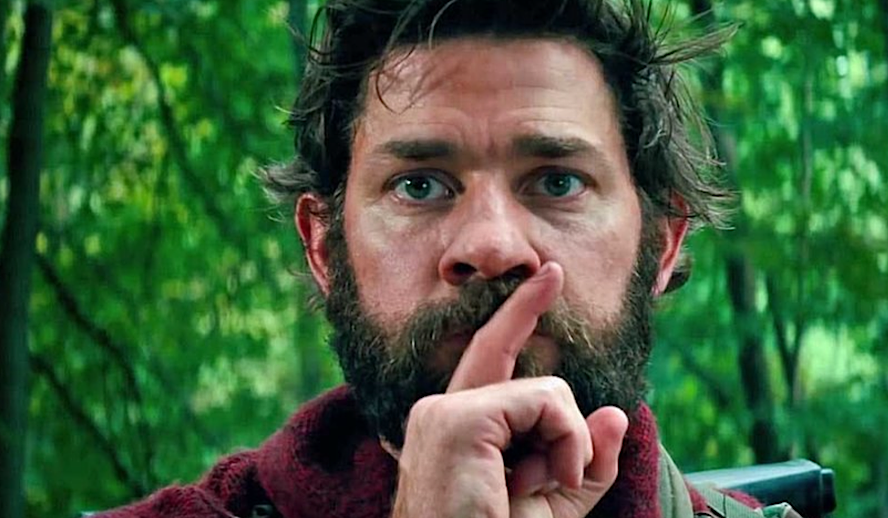 Halloween Movies: For some, there’s nothing more terrifying than the ominous loom of October as it draws near- Halloween, “spooky season,” and perhaps the worst fear of them all: horror movies. Horror, as a genre, is experiencing an exceptional comeback within the industry as filmmakers like Jordan Peele and Ari Aster dominate the box offices, but scary movies are not everyone’s cup of tea. It is difficult to find films that are appropriate for the onset of autumn chill without giving you nightmares fit to live on Elm Street, so we composed a list of films that you don’t have to watch from in between your fingers. This list of spooky and ominous films is the perfect saving grace for anyone who’s looking forward to an eerie night in.

The Ultimate Guide to Halloween Movies:

Finnegan’s latest feature film ‘Vivarium’ starring the incomparable Jesse Eisenberg and Imogen Poots is the perfect movie for fans of the ominous, guaranteed to leave its audience with a chilling sense of paranoia after watching. Eisenberg and Poots play a young couple looking to purchase the perfect starter home when they stumble across the fields of Yonder, a housing community that seemingly goes on for miles, just to be tasked with raising an otherworldly child. While marketed as a science fiction horror, this film is like attempting to complete a maze that you’ll never find the end of, with an ending that is thrilling to the bone.

Adapted from the novel written by Ian Reid, Charlie Kaufman brings delusion to life with his brilliant Netflix original, I’m Thinking of Ending Things. Masterfully manipulating the audience’s paranoia so they will buy into his universe, Kaufman tells the story of a young woman and her boyfriend going to visit his parents on an especially stormy night. As the night grows longer and your list of questions grows more confusing, viewers are captivated by Kaufman’s spellbinding screenplay until the very last haunting shot.

What can only be best described as grotesque, unhinged gore, 68 Kill is the divine sacrifice to honor the dark comedy gods. Chip, a protagonist the audience can’t help but root for, agrees to commit a dangerously unplanned robbery with his girlfriend, and the night begins to spiral recklessly out of his control. This movie is nothing more than ninety-two minutes of gloriously bloody trailer park trash, the plot only propelled forward only by the anxiety of getting caught (by murderous ex-girlfriends, the police, and other suspicious figures) and the delirious promise of sixty-eight thousand dollars.

Marketed as a children’s movie, Coraline is haunting, nerve-wracking, and yet somehow one of the most heartwarming tales about family and home that has ever been written. Coraline is the titular protagonist of her own little world, with strange neighbors and an even stranger little door that is seemingly bricked shut until it reveals a mystical tunnel leading to her “other” world. The inspired choice to create the movie with claymation added a profound layer of horror artistry that would not be achievable with a live-action cast. Henry Selick created a beloved tale of bravery and appreciating the ones we hold close with his spunky heroine, that remains popular among audiences of all ages to this very day.

Being one of the more fear-inspiring films, A Quiet Place still earns a strong spot on this list for the screenplay’s originality and unbelievably talented cast. In a post-apocalyptic world, a family lives in practiced silence to hide from the creatures that hunt by sound until they are forced to work against all of their greatest fears. This film is a masterclass in using tension to your advantage, building on moments of anxiety to create a steep point of fear for the viewer to stand on, but lacks the scare of a traditional horror movie. John Krasinski makes a tiptoed, careful entrance into the world of horror, only to be met with a standing ovation.

Joe Berlinger tells the harrowing tale of Ted Bundy, one of America’s most prolific serial killers, in a light that has often been neglected in favor of sensation- through the eyes of Liz Kendall, Bundy’s long time girlfriend and witness to the case from beginning to prosecution. Instead of telling every gory detail of how the killer committed his crimes, this film utilizes the dramatic irony of the audience’s knowledge of who Bundy always was to plant suspicion and doubt at every turn. Fantastic, unnerving performances from both Zac Efron and Lily Collins doubled with the inventiveness of Berlinger’s directing create a film that is captivating with every scene that plays.

While the title might seem foreboding, the scariest part of this film is the ominous mask of the baby-faced killer that goes on an unrelenting killing spree of one, Tree Gelbman, who in return begins seeking out the root of her eternal punishment. Tree, a sorority student who can’t seem to catch a break, recruits an unwitting boy to help her escape from her terrifying time loop. An excellent play on the Final Girl genre of horror, this reaches the peak of camp and is sure to leave you laughing.

Horror has been revitalized in a fresh, truly terrifying way, but film buffs who do not enjoy being scared out of their wits should never have to fear. May this list carry you through the chilling days of October and have a happy Halloween!