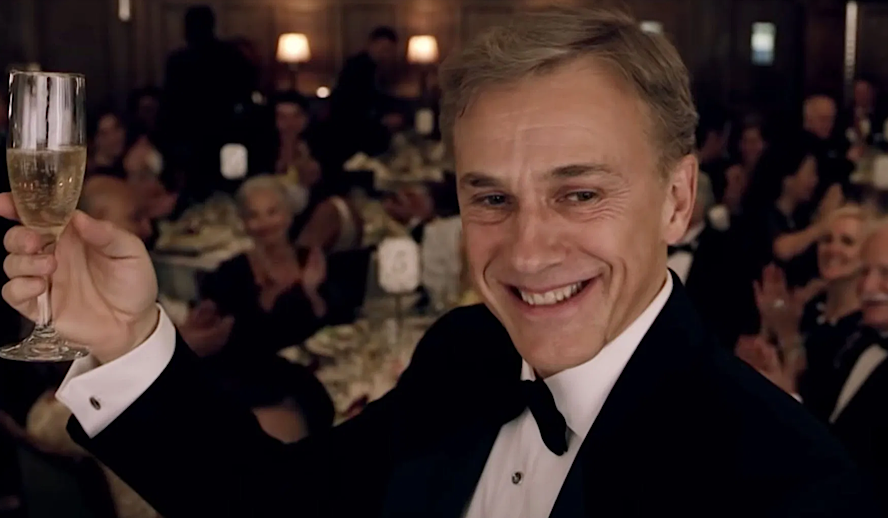 Ambiguity: The quality of being open to more than one interpretation; inexactness. Pioneer experimental documentary filmmaker Godfrey Reggio once said, “These films however, have ambiguity built into them, because it’s too easy in film to make a strident work of propaganda or advertising, which are really the same thing anyway, meaning the message is unmistakable.” This articulation of the ambiguous is to say that through the muddying of the overt “message,” a film thus becomes the antithesis to the easy and most effortlessly applicable thematics in cinema.

A large host of people, be it audiences or producers alike will chastise this way of being and thinking, asserting that a film is only as marketable as the group of people it opens itself up to. However true this may be, a film’s marketability is the last thing directors like Godfrey Reggio have in mind. This purposeful ambiguity allows the most adept of audience members to read between the lines, make undo assumptions and create their own haphazard theories as the film progresses. This is the true intent of the filmmaker like Reggio and in this newest and most recent case, Christoph Waltz. Making something transcendent, something that both entertains and captivates its audience, bringing us into the world of the film as if we were omniscient observers of an act as it takes place.

‘Georgetown’ from actor-turned-director Christoph Waltz is the quasi-true story of murder in our nation’s capital. Based on the life of Albrecht Muth and the subsequent New York Times article “The Worst Marriage in Georgetown,” Waltz eloquently captures the perverse nature of Capitol Hill and those who inhabit it. The film exceeds in its characterization, so perfectly expressing the essence of the subhuman morality of the “social climber,” willing to do anything and unconcerned with ramifications in order to grasp the elusive throne that is power.

‘Georgetown,’ although a murder-mystery, is moreso a character study, and an enthralling one, at that. Waltz playfully dances around truth, creating an absorbent narrative of love, lies, and deceit, perfectly capturing the essence of ambiguity that not only pervades the film’s narrative, but also its subject matter, at large.

‘Georgetown’ opens with a unique phrase, one reminiscent of other films, but yet different, reading, “This does not claim to be true, although based on real events.” Waltz perfectly understands the allure of the enigmatic, sprinkling a sense of doubt throughout the narrative from its onset. As denoted, the film is based on real people and a real murder. Based on the life and misadventures of Albrecht Muth, ‘Georgetown’ follows the ever-ambitious diplomat on his journey from an immigrant 50-year-old intern to his rapid climb to an international peacemaker.

Of course, Muth was totally incapable of achieving these successes on his own, instead of leaching off of the much older, 91-year-old journalist, Elsa Brecht. The two even met under dishonest circumstances after Muth stole someone’s identity to attend the White House Correspondents Dinner in an attempt to network. After making a good first impression, Muth makes his move, sweeping in on the newly widowed Brecht and quickly indoctrinating himself within her life.

At first, the dynamics of their relationship is unclear, are the lovers? Are they Friends? We know they’re married but we are privy to only the most necessary of information, tantalizing and enigmatic. As the story develops we are shown the compulsive tendencies of their relationship. We see how Elsa has taken Muth on as more of a matriarchal figure, teaching him, helping him, connecting him. The two never have conjugal relations and Brecht seems to understand their dynamic, spurring Muth into career action rather than just taking advantage of her. This level of self-awareness and nuance creates an interesting and uncertain plot, allowing the audience to guess what’s really going on beneath the surface.

With Elsa’s help, Muth quickly ascends the ladder of power creating a sort of consulting firm (That actually does nothing, is more so a gossip and party opportunity for Muth to build connections), egotistically named the ‘Eminent Persons Group’ or EPG, for short. From here, Muth’s web of deceit and lies begins to come under scrutiny, receiving pressure from a number of different outlets. His military ties ultimately give him away as a fraud to Middle East diplomats, beginning the downward spiral that would end with the untimely death of Elsa Brecht.

The story itself is about Muth, but the throughline, the most central plot strand, pertains to the murder of Elsa Brecht. The murder is revealed in the early stages of the film but only just. What we are shown is the bizarre yet functional relationship of the two, some major and minor grievances from Elsa’s daughter, and the functionality of one of Muth’s dinner parties. These three plot strands are the major threads throughout and receive most of the film’s attention. Because they are hinted at and left ambiguous so early on Waltz, as a director, is able to play with and bend the perception of each character, never quite revealing the truth.

The resulting charade of love and relationship is a truly haunting portrayal of the American elite, the upper echelon of political decision-makers, and the slimy ambiguity that surrounds that lifestyle, as a whole. ‘Georgetown’ is a wonderfully smart, gripping story, an impressive feat for any, but even more so in the case of first-time director Christoph Waltz.

The beauty of ‘Georgetown’

As stated several times throughout this article, the beauty of ‘Georgetown’ is its ambiguity and all that trait lends itself too. However, that is certainly not the only shining characteristic through the film’s run time. The most beautiful aspect of the film comes from its leads, Christoph Waltz and Vanessa Redgrave. Both are beautifully convincing in their portrayals, capturing every detail of their characters’ personalities, nothing short of what you would expect from two actors of their caliber. Redgrave, especially, gave a horribly real glimpse into the life of an aging politico, and woman, in her own right.

The film is only bolstered by its wonderful acting as the script is handled with care and detail, putting its actors in a position to succeed. Writer David Auburn put together the script, an undertaking that differs greatly from his previous work in the 2019 reboot of ‘Charlie’s Angels.’ It’s fantastic to see an underutilized writer get a break with a wonderful cast and crew like C. Waltz, as his directorial credit states. All in all, ‘Georgetown’ is a visceral experience, dropping you into the clutches of the sociopolitical elite and their underhanded dealings perfectly captured and portrayed by its actors and writer.

Related article: ‘P!nk: All I Know So Far’: Divine Feminine Energy in the Powerhouse Rockstar and Mother Named Pink

‘Georgetown’ is a very interesting take on the political thriller genre. Although it never really introduces new or unique ideas, it is a wonderfully executed slow-burn that will have your attention from beginning to end. Far from perfect but definitely on the better side of mediocre, ‘Georgetown’ is perfect family watching material. Christoph Waltz and Vanessa Redgrave put on charming and dedicated performances in a truly interesting concept. It is great to see acclaimed actors like Waltz turning the page and giving the behind-the-camera work a shot, as well as the in front of camera work with ‘Georgetown’ being a testament to the capabilities of seasoned actors. You can see ‘Georgetown’ in limited theaters across the US or stream it via Amazon Prime Video or through the Apple store.