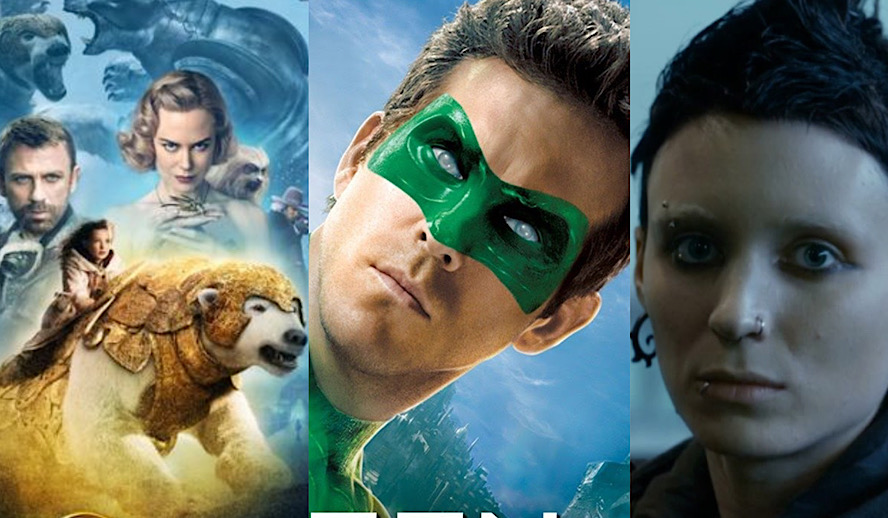 For every story that gets made in Hollywood, another is bought and never sees life on the silver screen. And for some of the ones that do get made, there can be big plans for the future of the film that are never realized. Franchises and sequels are common now. However, for some movies, the big plans do not come to fruition. Their stories are left unfinished.

This can happen for a variety of different reasons. It can be because of the box office performance of the first film, or it can be because the main actors or actresses weren’t interested in a follow-up. Below is a list of films that planned for more, but which fate deemed “not meant to be”.

Sorry, Ryan Reynolds. The first movie on the list is ‘Green Lantern.’ The film follows pilot Hal Jordan as he is presented with an alien ring that bestows otherworldly powers upon him, inducting him into an intergalactic police force, the Green Lantern Corps. Warner Bros. started development on a sequel a year before the film came out, but the performance at the box office changed the minds of the studio heads. A teaser for the sequel was put in the credits, but it was never expanded on. Reynolds often parodies his decision to make this film, including a post-credit scene in ‘Deadpool 2’ where his character goes back in time to stop himself from accepting the role of Hal Jordan.

Fantasy series were in vogue during the 2000s with successes like ‘The Lord of the Rings’ and ‘The Chronicles of Narnia.’ Both series were adapted from fantasy classics in literature, and the His Dark Materials trilogy was thought to be another gold mine for film. The movie had many fans and did well at the box office internationally. Overall, it made a decent profit of $372 million on its $180 million budget. Actor, Sam Elliot, believed that criticism from the Catholic church put off New Line Cinema from pursuing the sequel. The books themselves also received much condemnation for anti-religious narratives. HBO has since brought the series back for a television reboot.

While not as critically successful as its predecessor, the sequel in ‘The Amazing Spider-Man’ universe was triumphant at the box office. And even though it was the least successful of the franchise, plans were in place for a third and fourth film with multiple spinoffs considered. Actor Andrew Garfield and director Marc Webb were attached to the third film, but the release date was delayed. Eventually, the movies were scrapped altogether when Sony made a deal with Marvel that allowed Spider-Man to be in the Marvel Cinematic Universe. Tom Holland was cast for the web crawler, and the series was rebooted. The third film of Tom Holland’s Spider-Man is set to come out in 2021, and there are reports of a multiverse-crossover that would bring back previous Spider-Man actors Garfield and Tobey Maguire. The story of Garfield’s Spider-Man could be answered in this film.

‘Alien: Covenant’ was the follow-up to the ‘Alien’ series prequel ‘Prometheus.’ Director Ridley Scott planned to make up to four ‘Prometheus’ films, with the final installment of the prequels linking up to the first ‘Alien’ movie. While ‘Alien: Covenant’ made a fair return on its $97 million budget with $240 million at the worldwide box office, the further sequels to the franchise have been delayed. There is hope for a conclusion to the prequels, though. Whether or not there will be more than one additional movie to close out the series is unknown, but there are reports of a third prequel in the scripting phase. Fans of the franchise will hope the story gets to be finished.

The Girl With the Dragon Tattoo

The tales of hacker Lisbeth Salander and journalist Mikael Blomkvist were already told on screen in Swedish language versions. These adaptations of Swedish author Stieg Larsson’s Millennium series helped launch actress Noomi Rapace’s career in Hollywood. Sony had the rights for an American remake and put together a spectacular first film with Rooney Mara as Salander and Daniel Craig as Blomkvist. David Fincher directed the movie and was considering shooting the rest of the trilogy back to back. That ended up not happening, and a reboot of the series with the fourth novel, not written by Larsson, was the decided route forward.

‘Flash Gordon’ was based on the space opera comic strips by Alex Raymond. The film follows a football player and his friends as they travel to the planet Mongo. They encounter Ming the Merciless, played by acting legend Max von Sydow, and pit themselves against the tyrant to save Earth. The film was nominated for two BAFTA awards, including the Anthony Asquith Award for Film Music. Queen was up for this nomination for their contribution to the soundtrack of the  movie. While a sequel was in the works, a dispute between leading man Sam J. Jones and producer Dino De Laurentiis left Jones uninterested in continuing the project. The teaser at the finale of the film and the title card of “The End…?” was left unanswered.

The Hellboy comics were initially brought to film by the visionary director Guillermo del Toro. The first movie by del Toro had moderate success, and the sequel built on its foundation. It did better both with critics and at the box office. The ending of the second film teased a third installment in the franchise, but that was not to come from del Toro. For almost ten years, the director tried to get the wheels going on a third film, but in 2017 del Toro tweeted that the sequel would 100% not be happening. Instead, Lionsgate went with the reboot option and exchanged Ron Pearlman for David Harbour in the role of the demon.

The films above represent the stories that were started but never finished on screen. There are many more examples of movies that fit the mold, and the ones above cover a variety of reasons why stories are sometimes not concluded.

What are some stories in film never finished that you wish were completed?