A Tribute to Jake Gyllenhaal: The Rise and Journey of the Daring Heartthrob 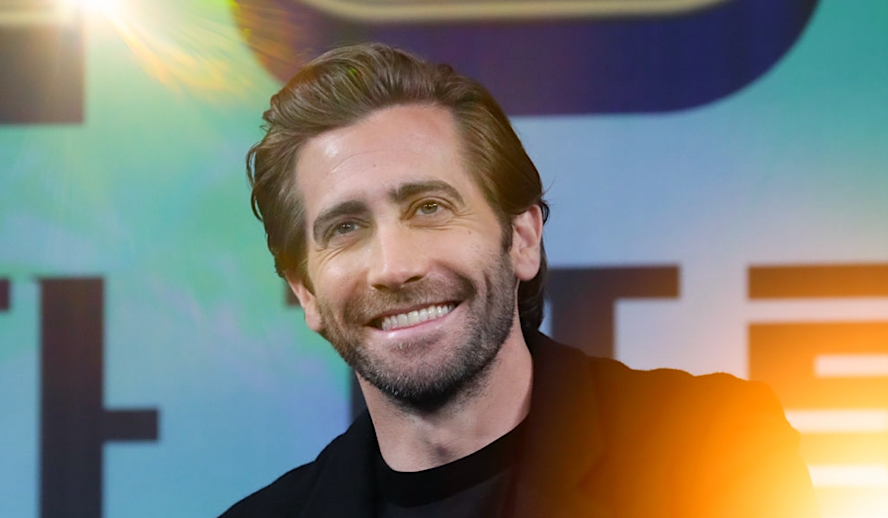 Growing Up in Hollywood and Staying Grounded

Jake Gyllenhaal was born in 1980 in Los Angeles, California. His father, Stephen Gyllenhaal, is an Emmy nominated director, and his mother, Naomi Foner, is an Academy Award-nominated writer. In an interview with The Guardian, Gyllenhaal recalls director Steven Soderbergh renting a room above their garage before he became famous. Other interesting stories about early encounters with famous people in film include Paul Newman taking him to the race track and teaching him driving safety. Newman is not Gyllenhaal’s godfather, though, which is a fact that is often misreported. His godfather is Academy Award-winning cinematographer Robert Elswit. Needless to say, Gyllenhaal was around the film industry growing up.

It doesn’t seem like a far stretch for Jake to find interest in the world of acting, but he describes his initial interest in the field coming from watching his older sister, Maggie Gyllenhaal, acting when they were younger. Jake was the first to land a role in film, though, with a small role as Billy Crystal’s son in City Slickers. He shot his audition on tape and went up to Montana to meet the director at 11 years old.

Even though Gyllenhaal had early successes with auditions for roles, his parents would sometimes not let him take the jobs. In a SAG-AFTRA interview, Jake described the importance bestowed from his parents of having a formal education and a life that was not inside of a bubble. He attended high school at Harvard-Westlake in Los Angeles and had summer jobs as a lifeguard and busboy. However, when Jake landed the leading role of Homer Hickham in the brilliant and heartwarming October Sky toward the end of high school, he took it. This role showcased Gyllenhaal’s acting abilities and put him on the radar of up and coming actors.

Jake attended Columbia University for two years before eventually dropping out. In the movie world, his career continued with Donnie Darko. Gyllenhaal tells the story of the lead dropping out and director Richard Kelly scrambling to fill the part before losing financing. The movie ended up getting made but wasn’t successful at the box office. It would later be considered a cult classic, and now in a time where original content isn’t the norm, this film still resonates with a unique look at the alienation one can experience growing up.

Donnie Darko marked the last film to date that Jake acted in with his sister; they acted together previously on a couple of movies, including one their mother wrote and their father directed (A Dangerous Woman). However, it would be just one of many independent films to come. Gyllenhaal already acted with the likes of Chris Cooper, Laura Dern, Billy Crystal, Jamie Lee Curtis, John Lithgow, and Billy Bob Thornton, and by twenty added Patrick Swayze and Drew Barrymore to the list of actors he shared the screen with. This trend of working alongside other great actors would continue throughout his career.

EVOLUTION: Every Jake Gyllenhaal Role From 1991 to 2021, All Performances Exceptionally Poignant

Gyllenhaal’s next few films included Lovely & Amazing with Emily Mortimer and Catherine Keener, The Good Girl with Jennifer Aniston and John C. Reilly, and Moonlight Mile with Dustin Hoffman and Susan Sarandon. Jake already proved he could carry a film with his acting abilities, but these next few films showed that his presence shone through even among actors who had been in the game much longer than him.

At 23 years old, Jake played a lead role in Kenneth Lonergan’s This Is Our Youth. He previously worked on stage in high school and college but would make his professional debut in theater in the famous West End of London. Gyllenhaal’s performance earned him deserved plaudits, and he also caught the eye of director Sam Mendes. The director recounted seeing Gyllenhaal in the play, not realizing that he was a big guy and had the combination of soulfulness and man of action he was looking for. Mendes went on to cast Jake in his upcoming film Jarhead.

This Is Our Youth wouldn’t be the last time Gyllenhaal performed on stage. He later acted in Sunday in the Park with George, A Little Shop of Horrors, and Constellations. His latest theater outing in Sea Wall/A Life in 2019 earned him a Tony Award nomination for Best Actor in a Play.

Gyllenhaal’s success as an actor in the theater world is also evident in film. While there was a break between films coming out in his early twenties, his return to screen marked a significant step forward with his career.

Transition to Adult Roles in Hollywood

Jake’s last “child” role was Roland Emmerich’s The Day After Tomorrow. He played Dennis Quaid’s son in the commercially successful doomsday blockbuster. His next few films cemented his position as a top actor in Hollywood. If there was any doubt over his acting abilities, his Oscar-nominated performance in Brokeback Mountain dismissed them. Based on Annie Proulx’s short stories about a forbidden and secretive relationship between two cowboys, the hugely celebrated film made waves at the Oscars. While Gyllenhaal didn’t win Best Supporting Actor, his performance alongside the late Heath Ledger is a landmark in film history.

Brokeback Mountain, Proof, and Jarhead all came out in 2005 and proved that Gyllenhaal was a top talent. However, he didn’t go on to make big blockbusters year after year, although, with his success, he could have. Instead, Gyllenhaal continued to pick roles that were more nuanced and outside the typical stereotypes of a leading man. In another SAG-AFTRA interview, Jake credits his team of advisors and the education he received in high school and at Columbia for teaching him about literature and theater classics and knowing what makes a good story.

His choice of good roles is evident in his CV over the years. To wrap up the end of the 2000s, Gyllenhaal chose Zodiac with Robert Downey Jr. and Mark Ruffalo, Brothers with Tobey Maguire and Natalie Portman, and Love and Other Drugs with Anne Hathaway.

Gyllenhaal’s career by 2010 already included many films with brilliant casts and amazing directors. He would continue in this vein as he moved through the new decade. Source Code directed by Duncan Jones and End of Watch directed by David Ayer were his first two films of the new decade. The former had Jake paired with Michelle Monaghan and supported by Vera Farmiga and Jeffrey Wright, and the latter had him paired with Michael Peña and supported by Anna Kendrick. More mysterious and harrowing films followed with Prisoners and Nightcrawler. Each sported a phenomenal cast and was helmed by amazing directors. Nightcrawler also paired Jake with his godfather, Robert Elswit. This was undoubtedly a fun experience for Gyllenhaal after visiting sets of his father and Elswit’s when he was a kid.

From Nightcrawler, which he lost thirty pounds for the role, Gyllenhaal gained back weight and added boxing ability for the film Southpaw. He then went on to climb mountains in Everest, play two different roles in Tom Ford’s Nocturnal Animals, go to space with Ryan Reynolds in Life, and pleasantly surprised in his small part in Bong Joon Ho’s Okja. All of these films had impressive casts and directors as well as excellent performances from Gyllenhaal.

Jake’s latest role brought him into the Marvel Cinematic Universe via Spider-Man: Far From Home. It is uncertain if he will reprise the role of Mysterio in a later film, but his part was a fun addition to the franchise and another quality addition to his prolific resume of roles.

Gyllenhaal has several films he’s attached to in the coming years, but the next big milestone will be his 40th birthday on the 19th of December. His career has already provided much for audiences, and it doesn’t look like he has any plans to stop acting soon. He also has added many producing credits to his plate in recent years. Whatever comes next will surely only add to his already profound resume of films.

We, at Hollywood Insider, would like to thank Jake for his contribution to cinema and wish him the best going forward. Happy birthday, Mr. Gyllenhaal!