A Case for 2020: Reasons Why The Worst Year in Recent History Wasn’t Too Bad 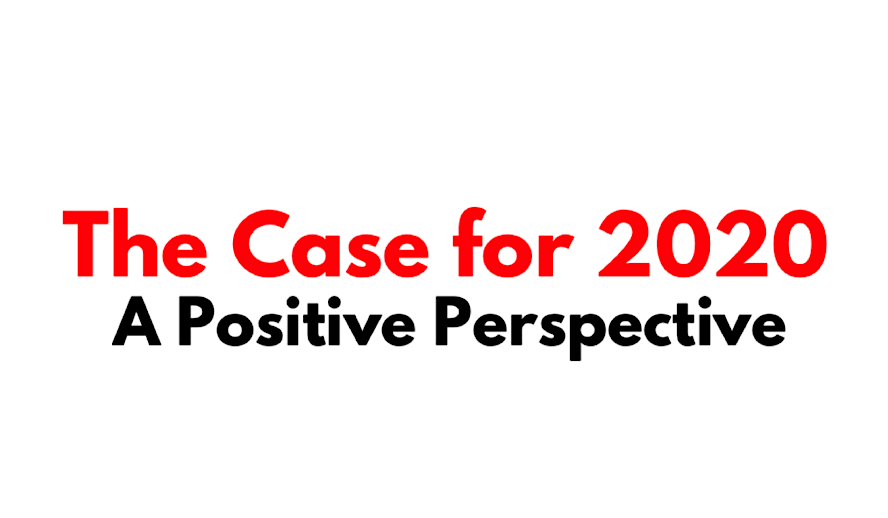 Likely the understatement of the century, 2020 was really bad. ‘The worst year in living memory’ is perhaps a more appropriate title as the world could only stand still and cower while we were plagued with what felt like ceaseless attacks on human existence. As COVID-19 became a seemingly insurmountable force only a few months into the year, hallmarks of social life such as movie theaters, restaurants, and even workplaces boarded up in hopes to slow down the spread of the virus. Millions of Americans faced unprecedented threats as business closures and a lack of substantial government stimulus packages increased difficulty to pay bills and keep hardworking individuals afloat.

Related article: 2020: An Outstanding Year For LGBTQ Representation Against All Odds

On top of the coronavirus, 2020 hosted a chaotic moment in politics as the presidential election highlighted the volatile opposition between both sides of the political spectrum. President Donald Trump fanned the flames of the divide through his politicization of mask-wearing, increased baseless suggestions of fraudulent votes, and outreach to White supremacist organizations like the Proud Boys. And as if all of that wasn’t enough, it appeared as though every day a side terror would arise, whether it be killer wasps or the deaths of icons like Kobe Bryant and Supreme Court Justice Ruth Bader Ginsburg.

It is imperative that these tragedies are met with sincere respect and resolution; however, it would be an even more detrimental mistake to completely overlook the highlights of 2020. From the breakthroughs in entertainment in the face of a pandemic as well as progress in social justice movements, there are inspiring moments from the past year that could not have been realized without the motivation of existential crisis. In 2020 we were all tested, and though it was difficult to undergo, here is a place to celebrate the achievements of the resilient human spirit that were accomplished last year.

Despite the closures of movie theaters and production studios, many great films were tenacious enough to reach audiences in this treacherous year for Cinema. One of the most star-studded and critically acclaimed movies of 2020 was Netflix’s ‘Ma Rainey’s Black Bottom,’ a period film featuring Viola Davis as the “Mother of Blues,” Ma Rainey, a cultural figure whose contribution to the blues genre has been swept under the rugs over years of Black erasure. ‘Ma Rainey’s Black Bottom’ also includes the last, and perhaps most dazzling, performance from late superstar Chadwick Boseman. Both he and Davis are expected to be recognized during awards season for their captivating and imperative work making space for beautiful Black characters in film in 2020.

Another film that made 2020 worth enduring is Carey Mulligan’s ‘Promising Young Woman,’ a thought-provoking and invigorating response to today’s culture of male violence against women. Films with such a strong feminist lense have very rarely come to fruition and we can all be grateful that 2020 offered such a strong showing of women’s empowerment in ‘Promising Young Woman.’ In the vain of movies that highlighted stories largely unfamiliar from film screens until 2020, Lee Isaac Chung’s latest work, ‘Minari,’ has emerged as a masterpiece since its limited release debut. Exploring the themes of family, Asian culture, and American assimilation, ‘Minari’ is a vital fabric in the extraordinarily diverse tapestry of 2020 cinema. Finally, the Laverne Cox-produced documentary, ‘Disclosure’ cemented 2020 as an imperative year in LGBTQ representation as trans actors, filmmakers, and critics were given the platform to analyze the mistakes of poor trans representation of media’s past and aspire toward a more inclusive, trans-friendly future in entertainment.

In addition to film, 2020 hosted a wealth of escapist and ground-breaking television series to cherish for the years to come. Netflix’s break-out phenomenon, ‘The Queen’s Gambit,’ is a riveting series challenging the limitation of boundless ambition that reached an astounding 62 million households in its first month of release on the streaming service. HBO’s original series from the brilliant mind of Michaela Coel, ‘I May Destroy You,’ dumbfounded critics as the poignant and at times experimental approach to the traumatic aftermath of sexual abuse surpassed the wildelst expectations for that television can accomplish in 2020. Other noteworthy series of last year that merit recognition include Hulu’s Mrs. America, a tribute to the women that built the foundation for today’s intersectional and robust feminist movement, as well as Disney+’s second season of ‘The Mandalorian,’ which provided an extravagant, action-packed escape during the most trying months of a trying year.

Lastly, the impressive triumphs in the music industry provided many of the most renowned in recent memory, even benefitting from the restrictive coronavirus pandemic in many cases. 2020 started off strong with The Weeknd’s universally praised, ‘After Hours,’ a pop-R&B fusion masterpiece that exposed the tortured artist’s most vulnerable insecurities and reckless decisions yet. Early 2020 also saw the return of superstar-in-the-making, Dua Lipa, as she released her groove-inducing sentimental-pop album, ‘Future Nostalgia,’ to the thrill of critics and pop fanatics alike.

Beyond albums like The Weeknd and Lipa’s that were produced pre-COVID, there were plenty of exhilarating albums that were made during the quarantine, proving not even the likes of the coronavirus could stifle a musician’s passion. Hyperpop songstress Charli XCX of “Boom Clap” and “Fancy” fame began this trend with the release of her latest album, ‘How I’m Feeling Now,’ a wholly quarantine-created record that reflected on life during COVID and dreamed of a future beyond it. Other artists soon joined XCX in the endeavor to create from home, such as Fiona Apple with the critically beloved ‘Fetch the Bolt Cutters’ and Taylor Swift, who produced not one but two immaculate albums during 2020’s quarantine in the form of her career-defining ‘Folklore’ and ‘Evermore.’ Each of these artists utilized the quarantine to their advantage, delivering uniquely intimate and stimulating albums that could have only come about in the dire environment 2020 provided.

Artists weren’t the only ones to step up to the plate when faced with the adversity 2020 brought with it. America’s racist foundation, one that relied on the exploitation and oppression of slaves, has revealed itself to be a stubborn force for progressives to dismantle time and time again throughout history. From the Civil War to Jim Crow laws to the recent murders of Black men and boys like Trayvon Martin and Eric Garner at the hands of law enforcement, the malignant institutional racism of the United States has incessantly reared its ugly head. Luckily, just as hate exists in America so do brave American patriots who stand up to racism and demand a better future for people of color. The Black Lives Matter Movement initiated with the acquittal of George Zimmerman, the man who murdered Trayvon Martin, in 2013; however, it was not until the disturbing and disheartening murder of George Floyd in May of 2020 that the awe-inspiring potential of the Black Lives Matter Movement was realized and recognized as a global force for justice.

The response to the murder of George Floyd and Breonna Taylor at the hands of law enforcement was one of shared pain and frustration for the state of America’s treatment of its Black citizens, but it was through the utilization of the nation’s common anguish that Black Lives Matter became the largest movement in U.S. history in 2020. According to The New York Times, on June 6th, 2020, half a million people turned out to support the Black Lives Matter protests in about 550 places across the nation resulting in “about 15 million to 26 million people in the United States [participating] in demonstrations over the death of George Floyd and others in recent weeks.”

Although this unprecedented unity across the United States only came about as a consequence of unparalleled tragedy, this call for change is one of the most significant developments in American history. The global attention this past summer’s Black Lives Matter protests acclimated produced a visible shift in political rhetoric as then presidential hopeful, Joe Biden, was pressured to declare his solidarity with the movement, “Black Lives Matter, period. I’m not afraid to say it.” While the nation awaits to see how President Biden will enact justice for Black lives, the acknowledgement of the Black Lives Matter Movement from a 78 year old president is a feat that Black activists have worked tirelessly for over centuries. Altogether, the atrocities of 2020 are virtually immeasurable; however, the beauty of the art produced and the social progress made indicate that 2020 is not a year to be entirely discarded. Although it was nobody’s ideal set of 365 days, remembering and honoring the tragedy of 2020 while cherishing its silver linings, has proven success in making even the most horrific years bearable.