An Analysis: ‘Evermore’ Incites A Deep Dive Into the Historic and Cinematic History of Taylor Swift Music Videos 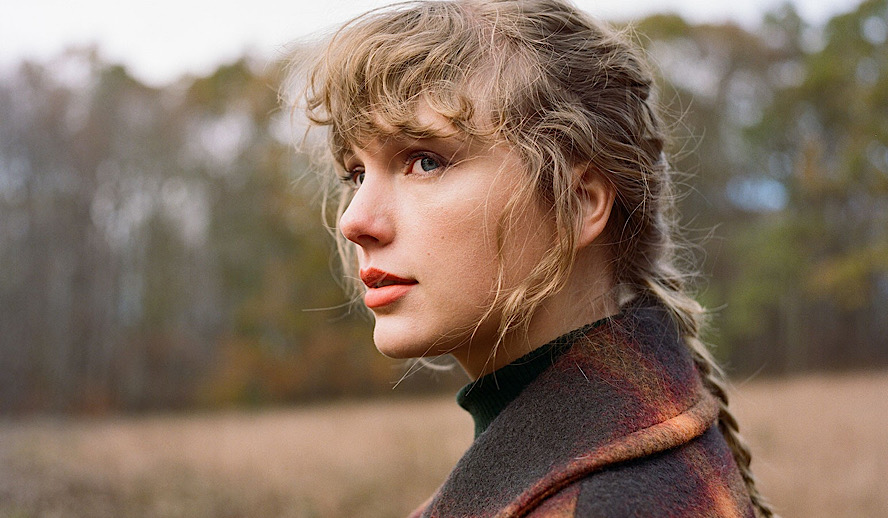 After exhausting exposure to the twists and turns that came packaged in the ever-ambitious 2020 year, it now takes a great deal of effort to effectively invoke the numbed sensation of shock; however, if anyone were to achieve this feat, it could only be Taylor Swift. The pop star has managed to bewilder the world as she released not one, but two, unannounced albums in the span of 5 months. In late July of this year, Swift dropped her record-breaking Folklore to universal critical acclaim and billboard chart-topping sales. Her latest album, Evermore, which was released on December 11th, continues Swift’s streak of unparalleled success, amassing an equal amount of praise as the sister album. Evermore exists in the same world of Folklore, especially sonically, but stands out in its exploration of mature themes such as loneliness and neglected love. If nothing else, Evermore serves as a victory lap for the singer-songwriter and a declaration of Swift’s growth as an artist.

Understandably, the heft of Taylor Swift’s creative prowess is credited to her lyricism and music composition capabilities; however, Swift is due credit for coming into her own as a creator of consistently remarkable and cinematic music videos to accompany her hit tunes. Taylor’s videography has a harrowed history, as her early music videos were often met with criticism. The most striking example of this scrutiny is Kanye West’s infamous heckling when Swift was awarded MTV’s prodigious “Video of the Year” award. Those who agreed with West dismissed Swift’s “You Belong With Me” video as a simple visual for a silly song, a common way to demean the success of not only the music video but the rising star herself. Swift has always had a close relationship with her music videos, which has culminated in her directing the past few she has released, and they have been a perfect way to trace the star’s potential early in her career to the unbelievable evolution the icon has undergone over the years.

At the beginning of her career, Taylor and her team utilized her music videos to bring her love songs to life, and they were pulled off so charmingly, the videos effectively served as short romance films. One great example of a Swift music video that has all of the visual finesse of a film is 2009’s “Love Story”, which took a song about blossoming lovers and transformed it into an epic Shakespearean tale. Exploring a forbidden love throughout romantic dance halls and dreamy forests, the “Love Story” video flawlessly executed the requirements of romance films and cemented Swift as a brilliant storyteller. Alternatively, Taylor’s 2011 “Back to December” depicted the depression that follows the end of a relationship through picturesque images of winter in the country. The heartbreak is palpable as scenes of a lonely man fighting the cold of a barren winter visualize Swift’s lament exquisitely.

Where the early music videos of Taylor’s career proved the star’s visions functioned as cinematic marvels, the latter films would prove Swift’s savvy as she utilized her videos to work as a platform for advocating for herself and others. This began with Swift’s “Look What You Made Me Do” video which served as a response to the 2016 controversy between the songstress and Kanye West, not to be confused with their 2009 squabble. After Kanye West and Kim Kardashian leaked a phone call between Swift and West, Taylor’s public image plummeted as spectators deemed the pop singer to be a snake. “Look What You Made Me Do” cleverly addressed the criticism Swift received, most apparently through the inclusion of swarms of snakes commanded by Taylor in the video. Additionally, “Look What You Made Me Do” includes all previous depictions of Swift throughout her career, allowing for the pop star to reclaim the narrative of her public personas, even calling one of her previous selves annoying.

It was during her Lover era, however, when Taylor Swift truly tapped into the power her music videos possess as she embraced her role as an activist. 2019’s “You Need to Calm Down” lyrical content acted as a condemnation of homophobia, where the video was a celebration of LGBTQ life. Featuring cameos from trailblazing queer icons like Laverne Cox and Billy Porter, Swift utilized her platform to uplift the LGBTQ community, ending the video with a call for all of her hundreds of millions of viewers to support the Equality Act. Swift continued her socially aware messaging in her self-directed video for “The Man” in which the star dressed in drag and imagined the privilege she would receive if she were a man, debasing double standards and highlighting the sexist microaggressions Swift is fed up with.

Up to now, Taylor Swift had already proven herself to be a master of the music video craft, creating videos worthy of short film treatment as well as moving vehicles for advocacy. Just as no one expected Taylor to outdo herself in terms of quality music-making, the surprise drops of the sister albums, Folklore, and Evermore, demonstrated Swift was not finished exceeding expectations. This held true for the music videos of the most recent era, “Cardigan” and “Willow”, as they show Swift is capable of creating music videos that cultivate her own fantastical, immersive world when she is positioned in the director’s chair. Like the pair of albums, the two music videos function as a single continuous piece and explore Swift journeying through varying, though all visually stunning, terrains of life as she searches for her true love.

“Cardigan”, the first video of the two, dives deep into a breathtaking dream world that Taylor has finely curated for her fans. Launching in a cozy cabin that is visually evocative of the folk music genre, Swift enters her piano and emerges in a flourishing forest eutopia full of waterfalls and lush greenery. Taylor’s piano then swiftly transports her to the middle of an ocean undergoing a massive storm, conveying the disorientation that arises when love is lost.

The sweeping world Swift created in the “Cardigan” video is explored even further in the music video for “Willow,” the first track from the Evermore album. Picking up right where the former left off, “Willow” continues the epic adventure of Swift foraging for her love, emerging through willow trees and diving into lakes, following a golden thread of fate. Taylor’s latest video includes some of this year’s most awe-inspiring visuals, capturing Swift in an early 1900s carnival before teleporting to a gathering of witches conjuring a mesmerizing fire. Finally, Taylor’s trusty golden string leads her to her man, and the journey is called to a close. The completely spellbinding spectacle that these past two music videos comprised prove that, just as Taylor’s music evolves, her cinematic vision continues to outdo itself. From music videos of short film quality in the early years of her career to those with substantive meaning in her seasoned eras to the absolutely captivating and innovative world-building in her most recent videos, Taylor Swift aptly demonstrates that her work is so profound it must not only be heard but seen to be believed.