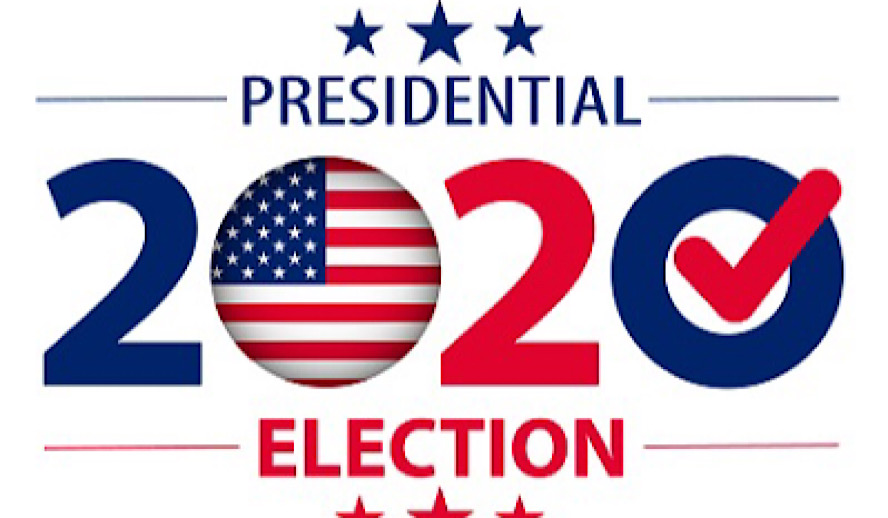 Much has changed in the United States of America since the election of November 2016 four years ago but that could not prevent Americans from anticipating a similar result. Just as Hillary Clinton led Donald Trump in polls during the 2016 presidential race, former Vice President Joe Biden had maintained a comfortable lead ahead of incumbent President Trump during the months heading into election day. After Trump’s victory over Hillary Clinton, Biden supporters were understandably trepidatious to celebrate too early, concerned that Trump would be able to pull out another shocking victory Tuesday night. On the other hand, Trump supporters remained confident that their leader would deliver on his promise of victory and secure four more years of power. Comprehensively, although polls did not necessarily convey a neck-and-neck race, neither Biden nor Trump supporters were feeling confident leading up to results on election night.

Related article: Video: The Evolution Of Johnny Depp – All His Roles & Performances From 1984 to 2021

As stated previously, however, much has changed since 2016, and the 2020 presidential race has been unlike any in history. For starters, Donald Trump was impeached by the House of Representatives in December of 2019 for abuse of power. Although the Senate acquitted him of his charges, Donald Trump made history as only the third president to be impeached following Andrew Johnson in 1868 and Bill Clinton in 1998. Trump’s impeachment is momentous not only because he was just the third president to ever face indictment, but also because he is the first impeached president to run for re-election. On the Democratic side, the sheer amount of candidates running for the ticket was unlike any other and the race was as tight as it could be, lasting until June of 2020.

And, of course, the coronavirus outbreak struck the United States in March, throwing the nation into a tailspin as cases rapidly spread from coast to coast. Since COVID’s emergence in the U.S., over 230,000 Americans have lost their lives from the pandemic. These catastrophic and unprecedented events all culminated in what would be yet another indication of the nation’s departure from normalcy, the 2020 presidential debates. Criticized as an utterly embarrassing moment for the country, the lack of decorum and allowance of chaos demonstrated just how unpredictable the election would be. Though all of this appeared bleak, voters were not deterred from voting as record numbers of submitted votes have been cast for this election. Just who the American people were voting for was to be revealed on election night and the coming days.

On November 2nd, the final messages of the campaigns could not have been starker. Biden called for Americans to reclaim the soul of the country, where Trump criticized Lady Gaga and promised to fire Dr. Fauci post-election. Biden implored the nation to vote, where Trump continued to question the legitimacy of mail-in ballots. While Trump’s determination to discount votes remained a serious threat to the American democracy, many viewed these claims to be a result of a tantrum the president was having over believing the polls predicted he would lose the race to Biden. Before results came in Tuesday night, there were several uncertainties; however, most paths led to a Biden victory according to pollsters. One thing many Americans knew for sure was that, due to the surge in mail-in voting, it would likely take much longer than usual to count all ballots and appoint electoral votes for either candidate. It was even reported that Trump had expressed to those close to him that he would claim victory prematurely.

There were some things experts knew for certain before results were announced election night. First, many agreed that Pennsylvania would most likely play a pivotal role in electing the next president. If Biden takes it, he almost definitely wins, and although polls indicated the state was leaning in the former Vice President’s favor, polls also showed that Pennsylvania was not decisively out of Trump’s reach. In order to win reelection, Trump would have to win every swing state including Pennsylvania, Florida, Arizona, North Carolina, Georgia, Ohia, Iowa, and Texas. So although many advised that not every vote would be counted by the end of election night, had Biden taken a commanding lead in any of these states, Trump’s chances for winning would dwindle drastically.

When The Elections Results Came In.

As clocks struck 7 pm EST, the first round of results flooded in. Expectedly, Indiana went to Trump and Vermont went to Biden. The first shock in the night came in Florida, a sign that this race would be much tighter than polls suggested. Although the sunshine state initially leaned toward Biden, it quickly flipped in Trump’s favor. Many believe this is due to Trump’s strength with Latino voters in the Miami area, as Trump’s assertion that Biden is influenced by a “socialist” Democratic party would sway voters away from the Biden ticket. While Trump and Biden continued to duke it out in Florida, both candidates continued to pick up states that had already been assumed to fall into their camps. Comfortably red states like West Virginia, Kansas, and Tennessee came in early for Trump. Biden was quick to pick up consistently blue states like New York, Massachusetts, and New Mexico. The first of the swing states to be officially called was Colorado which was awarded to Vice President Biden. Polling shows that Biden was the favorite to win this state so this was no big surprise for Democrats or crushing loss for Republicans. The second toss-up state to be awarded was Ohio to Trump. Although Ohio was more of a toss-up, it has not been a necessity for Biden to win in order for him to replace Trump as president, so alarms had not yet sounded in Biden supporters’ heads.

The momentum of the night began to shift around 11:30 pm on election night when Fox News declared Biden won the swing state of Arizona. This was a bold move on Fox’s part as the state remained in play for several outlets like CNN well into Wednesday morning. In addition, this news came as Trump was showing signs of an upset over Biden, and Fox’s call for Arizona dampened the incumbent’s spirit. The last significant events of the night came in the form of statements from both presidential candidates. Around 1 am, former Vice President Biden reinforced his team’s confidence in their chance at taking the White House. Biden conveyed hope for his supporters as well as the importance of patience during this time. Trump delivered a vastly disparate statement to the American people around 2 am Wednesday morning. In this speech, Trump prematurely declared victory, condemning mail-in ballots as fraud. Although this is a shocking turn for the American democracy, it comes as no surprise to those who have listened to the president for the past few months as he has indicated that mail-in votes are illegitimate. Going to sleep, many Americans were left confused, unsatisfied, and generally disappointed in the voting process of the United States.

Related article: ‘Whose Vote Counts Explained’: A Must-Watch for All Americans

As of Wednesday morning, the race for president remains tight. News outlets and state representatives have assured voters that Trump is incorrect in his assertion of victory as well as misleading in his condemnation of mail-in votes. In reality, over the course of the early Wednesday morning hours, Joe Biden has taken the lead in several key battleground states. In the few states that remain too close to call, Biden leads in Arizona, Nevada, Wisconsin, and Michigan. Many believe this to be a positive sign for Biden as the majority of uncounted votes remaining are mail-in ballots, which have largely tilted Democratic, and if Biden were to win those four states that he has a narrow lead over, he will defeat Donald Trump and replace him in the White House. The Biden camp has shared that they believe he will win as soon as Wednesday night, but uncertainty arises from the Trump camp who has cast a shadow of doubt over the entire voting process. Many questions remain unanswered the day after election night: Will Pennsylvania stay red? Will the Supreme Court get involved? Has Biden truly secured the presidency? Understandably, Americans want results after what has been an extremely exciting, and undeniably exhausting, 2020 election year.