Biggest Oscar Mistakes: Looking Back at Some of the Worst Best Picture Snubs 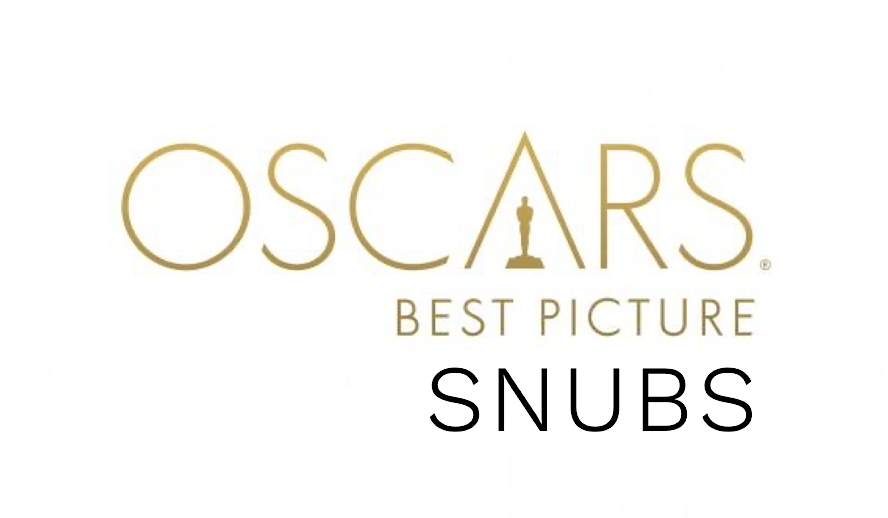 The Oscar for Best Picture may be the highest honor that a film could earn, but the Academy members who vote on the matter are anything but infallible–in fact, some of them don’t even watch the nominated movies at all. Audiences are often disappointed by the pick for Best Picture, but subjectivity mandates that there will always be some reasonable dissent–that said, this article will look back at some of the most widely agreed upon upsets that warrant a closer inspection.

Sometimes, it just boils down to a difficult choice between incredible films–1942, for instance, saw John Ford’s ‘How Green Was My Valley’ win Best Picture over ‘The Maltese Falcon’, ‘Sergeant York’, and ‘Citizen Kane’. 1995 saw ’Forrest Gump’ win over ‘The Shawshank Redemption’ and ‘Pulp Fiction’, while 1977 saw  ’Rocky’ win over ‘All the President’s Men’, ‘Network’, and ‘Taxi Driver’ (which makes its overarching rags-to-riches narrative all the more impressive).

Other times, audiences are left so dissatisfied by the Academy’s ultimate decision that even Billy Crystal can’t smooth it over–here’s a look at those.

Earning over $300 million on a budget of $23 million, ‘Green Book’ delivered an impressive return on investment–its victory at the 91st Academy Awards for Best Picture, however, drew sharp criticism.

Mahershala Ali and Viggo Mortensen may have had charming chemistry as a Black piano virtuoso and his White chauffeur on a tour through the Deep South in 1962, but complaints levied by detractors included the film’s clichéd depiction of racism and interracial friendship, as well as its evocation of the ‘White savior” trope.

Among the most outspoken critics of the Academy’s decision was Spike Lee, whose film ‘BlacKkKlansman’ was in competition for Best Picture–he was quoted as saying, “I thought I was courtside at the Garden. The ref made a bad call… Every time somebody is driving, I lose.”

The latter portion of the quote references ‘Driving Miss Daisy’, winner of the Oscar for Best Picture in 1990 that starred Morgan Freeman as Hoke Colburn, the subservient Black chauffeur to Jessica Tandy as the titular Daisy Werthan (Tandy would win the Oscar for Best Actress, becoming the oldest winner of the award in history)–that same year, Spike Lee’s seminal ‘Do the Right Thing’, now hailed as one of the best films of all time, failed to earn a nomination for Best Picture.

30 years later, the Academy would again vote for chauffeur-based race exploration over anything Spike Lee had to say, but ‘BlacKkKlansman’ wasn’t the only other serious contender–Marvel’s ’Black Panther’ was not only the first-ever superhero film to be nominated for Best Picture, but also featured a predominantly Black cast (including iconic performances by the late Chadwick Boseman opposite Michael B. Jordan).

Also in the competition that year was ‘Bohemian Rhapsody’, ‘The Favourite’, ‘Roma’, ‘A Star is Born’, and ‘Vice’–so what business did ‘Green Book’ have winning?

That said, the competition that it faced for Best Picture was some of the stiffest of any single year in history—‘Call Me by Your Name’, ‘Darkest Hour’, ‘Dunkirk’, ‘Get Out’, ‘Lady Bird’, ‘Phantom Thread’, ‘The Post’, and ‘Three Billboards Outside Ebbing, Missouri’.

Prior to the ceremony, ‘Three Billboards’, starring Frances McDormand, was the odds-on favorite to win, telling the story of a woman who rents three billboards outside the fictional town of Ebbing, Missouri, to display messages that call attention to her daughter’s unsolved rape and murder (it obviously wouldn’t win, but McDormand won Best Actress and Sam Rockwell won Best Supporting Actor for his role as Officer Jason Dixon).

‘Call Me by Your Name’, featuring the breakthrough performance of Timothée Chalamet, became one of the most important Gay films of all time–Chalamet would also appear in ‘Lady Bird’, which marked the solo directorial debut of Greta Gerwig and became the best-reviewed film of the year with its poignant coming-of-age story.

Jordan Peele would invent a new genre with ‘Get Out’, one of the most unexpected vehicles of social criticism that combined horror with black comedy, while ‘Dunkirk’ would be hailed as one of the best war films of all time.

In the face of so many landmark films, some were stunned that what ultimately took home Best Picture was the movie about fish sex, seeming like the safest pick without having to actually decide which movie was the “best.” In this way, we first take note of one of the Academy’s most common recurring foibles–taking the safe route and disappointing in the process.

The most notorious Best Picture snub in recent memory, it seems like the only reason that anybody even remembers ‘Crash’ is that it didn’t deserve to win–even director Paul Haggis himself would later say in a 2015 interview, “Was it the best film of the year? I don’t think so.”

‘Crash’ is generally seen as having been the Academy’s “safe” pick in contrast to the unabashed courageous ‘Brokeback Mountain’, which Academy members voted in 2015 as the film that should’ve won.

‘Shakespeare in Love’ winning over Steven Spielberg’s ‘Saving Private Ryan’ in 1999 is as notable an upset as ‘Crash’, but the latter still stands alone as a uniquely divisive and ham-fisted film–what makes ‘Shakespeare in Love’ truly significant, however, is the way in which it changed the landscape of Oscar campaigning forever.

Harvey Weinstein, who is currently serving his sentence of 23 years at Wende Correctional Facility for one count of third-degree rape and one count of criminal sexual assault in the first degree, infamously embarked on a publicity blitz that involved aggressive bullying tactics, parties, and screeners. One strategy involved sending Academy members ‘Shakespeare in Love’ on VHS to let them watch the film from the comfort of their homes–ubiquitous today, but novel at the time. Spielberg reportedly refused to “get down in the mud with Harvey,” and the rest is history.

In short, ‘Shakespeare in Love’ won the Oscar for Best Picture (and Best Actress with Gwyneth Paltrow and Best Supporting Actress with Judi Dench) when ‘Saving Private Ryan’ was all but guaranteed to win, and Weinstein’s aggressive marketing and schmoozing tactics would simply become the way that Oscar campaigns were conducted moving forward, for better or for worse.

Although the award carries the superlative connotation of “Best” Picture, it’s clear that historically, the Academy has prioritized the safe pick over the right one–and it goes back much further than 1999. Peter Bart, producer and former editor-in-chief at Variety, would reminisce,

“It was April 5, 1965, and everyone I knew was talking about ‘Dr. Strangelove’ and other edgy new pictures, but there I was, attending my first Oscar ceremony, and ‘Mary Poppins’ was battling ‘My Fair Lady’ for Best Picture, ‘Father Goose’ won Best Screenplay, and ‘Dr. Strangelove’ was snubbed. I realized Hollywood was caught in a time machine.

Maybe the fact that both ‘Green Book’ and ‘The Shape of Water’ took place in 1962 reflect this latter observation, but the Oscars have undoubtedly been making concerted efforts toward diversity and modernity, particularly in the wake of the #OscarsSoWhite movement.

This year, Chloe Zhao’s ‘Nomadland’ leads as the current favorite to win, but it faces worthy competition against ‘Minari’, ‘Sound of Metal’, ‘The Trial of the Chicago 7’, ‘Mank’, ‘Promising Young Woman’, ‘Judas and the Black Messiah’, and ‘The Father’— no matter which way it goes, however, the important thing to remember is that a film is much more than the sum of its accolades.