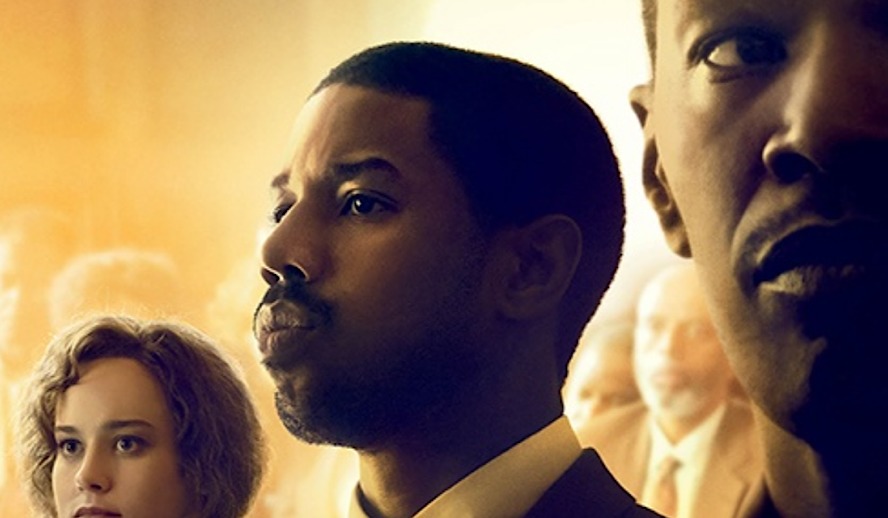 Just Mercy is not a flashy movie, but it will stick with you. There are no entertaining gunfights, and there’s no crazy choreography. Michael B. Jordan and Brie Larson play superheroes, but not the Marvel kind. They play real-life superheroes, Bryan Stevenson and Eva Ansley. These activists started the Equal Justice Initiative (EJI) in 1989, a non-profit organization that helps prisoners who were wrongfully convicted of crimes get quality representation and a fair trial. In this movie, we get to see an example of how their work changed the life of Walter McMillan, played by Jamie Foxx.

McMillan was an African-American man from Alabama who was wrongly accused and convicted of the murder of a white woman named Ronda Morrison in 1986. Unsurprisingly, there was little evidence to support the conviction. The entire case rested on the eyewitness testimony of convicted felon Ralph Myers, whose statement was factually incorrect and contradictory. His statement lessened the time on his own sentence.

This was suburban southern parts of America in the 1980s. When I think of that location and time period, I don’t think about a friendly place for people of color. Moreover, the justice system itself was designed to convict minorities at a disproportionate rate, as evidenced by recorded statistics of incarceration rates. No matter what decade or time period you look at, a higher percentage of the Black population is incarcerated in comparison to the percentage of the white population. This is a well-documented example of institutional racism in the United States.

This movie portrays the pain and sadness that is a result of the unfair system. It’s one thing to look at statistics and information, and it’s another to see a portrayal of the trauma. Foxx gives a masterful performance, full of angry and melancholic facial expressions that one would imagine somebody in his situation would display on a regular basis. Unfortunately, the real McMillan passed away in 2013, but something tells me he would’ve thought Foxx’s performance did him justice. What really stuck with me was how he was initially skeptical of Stevenson’s ability and desire to help him, based on the other incompetent lawyers he had worked with in years past. But when he realized that Stevenson genuinely wanted to help and wasn’t in it for the money, he became much more vulnerable and open.

This Isn’t a “White Savior” Movie

Often, Hollywood packages Black trauma and serves it to viewers as entertainment, showing white people save Black people from horrific situations. While Ansley is a white person, Stevenson correctly takes center stage in the film as McMillan’s main lawyer. This is a story about a Black man lending a hand to another Black man to save him from the abuse of white America. It’s not meant to make white people feel good or relate to a “white savior” character. It’s meant to educate people and show the effects that our evil justice system has on minorities.

This is a story that is infuriating and sad, but necessary to take in. At the end of the day, we have to live with the choices that our ancestors made in creating this racist and unequal system. It’s our responsibility as a collective to change it for the better, and it won’t be a quick process. But we can only change it if we understand it first. That’s why movies like this are important, they start conversations and inform people. I personally left the theater feeling much more educated than when I walked in.

Stellar Performances Across the Board in ‘Just Mercy’

I already mentioned Foxx’s performance, which is easily one of the most underrated over the past couple of years. But let’s also give credit to Michael B. Jordan. Outside of Fruitvale Station, this might be his strongest performance. He inhabited Stevenson, showing his empathetic side as well as his passion for justice. Most importantly, he showed his vulnerability. The scene that sticks with me the most is when a white cop made him undress in the waiting room when he was going to visit McMillan. You could see the look of humiliation on his face, and it was heartbreaking.

The supporting cast was solid as well, none more so than Tim Blake Nelson as Ralph Myers. He captured the chilling personality of a man who knowingly sacrificed someone else’s future in order to lighten his own prison sentence. The cat and mouse game between him and Stevenson was fascinating to watch. Throughout the film, Stevenson kept asking for his help, eventually getting him to admit that he lied in his testimony against McMillan. It wasn’t an easy process, as Myers was stubborn and selfish at first. It just goes to show how important it is to be persistent when you’re chasing a goal.

In this time of social division and inequality, it’s our responsibility to educate ourselves and have conversations informing others. Watching films like this is one of the best ways to do that. Most of all, I hope that people who subscribe to the “post-racial America” nonsense give it a look. Every time I see someone leave ignorant comments on social media regarding this topic, this is one of the films I want to show them. After all, humans are visual learners. If you show this movie to just one person who doesn’t believe in systemic racism, then you’ve done your part. It may not completely change their mind, but it will at least expose them to the truth.

Lastly, I encourage you to further research Bryan Stevenson and his work. He made an appearance in Ava DuVernay’s documentary 13th, which talks about a similar subject matter. There are plenty of videos online of him talking about systemic racism and how he fights it through his EJI organization. People like him are a bright light in a dark world, and we have to do everything we can to support the causes he fights for. How else will we achieve true equality for all?