A Complete Analysis of Inauguration Day 2021: President Joe Biden Calls for Unity – “We Must End This Uncivil War!” 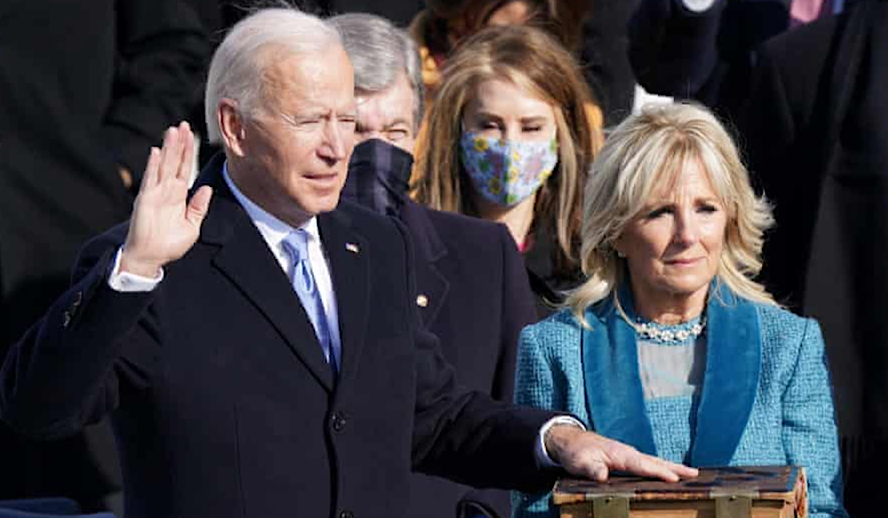 Who would have thought Election Day would have been one of the least eventful of now President Joe Biden’s milestones to the White House? One of the most unpredictable elements of an extraordinarily shocking year, the 2020 election between Joe Biden and incumbent Donald Trump provided ample evidence of the extent to which Americans found themselves divided by the end of Trump’s first term in office. The absence of presidential decorum traditionally integral to the United State’s healthy democratic system first made itself apparent in the first presidential debate, which The Washington Post condemned to be “the worst presidential debate in living history.”

The chaotic energy of the debate turned out to be a defining trait of the entire presidential election process as the delay caused by the counting of mail-in ballots turned election day into election week. For 4 tireless days, several key battleground states remained too close to call for either candidate, but that did not prevent Trump from falsely claiming victory on November 3rd and sequentially filing unfounded lawsuits in multiple states as Biden’s win over the incumbent became more and more inevitable.

Trump’s baseless claims of election fraud resulted in the catastrophic events of January 6th when hundreds of Trump supporters attacked the Capitol with the intention to overthrow the certification Biden’s win. With a total of five left dead from the insurrection, America’s sacred tradition of a peaceful transition of power between presidential administrations was tainted forever. The domestic terrorist attack on the Capitol resulted in President Trump’s historic second impeachment as well as all anxious eyes looking to Inauguration Day for some kind of hope for the future of this divided nation. Is the fracture beyond repair? Will Trump supporters strike again? How will Joe Biden be a president for all Americans in the next 4 years? Inauguration Day may not have answered all of these imperative questions, but it certainly showed signs of hope every American has been anticipating for far too long.

Although it is shrouded in unparalleled disarray, the inauguration of Joe Biden is historic in its own right. Dozens of firsts were made as Joseph Biden made his way to fulfill his oath of office and be sworn in as the 46th president of the United States. This inauguration will make Joe Biden the oldest president to be appointed at the age of 78, but perhaps more striking is the swearing-in of Kamala Harris, who became the first woman and the first person of color Vice President. These inspirational first steps toward a much more inclusive government that accurately represents the diverse makeup of the American people come as a result of a fittingly record-breaking election turnout which handed Joe Biden and Kamala Harris a remarkable 81 million votes, the most any presidential ticket has ever received in American history.

Additionally, Inauguration Day will also establish the historic appointment of two new Georgia senators, Pastor Raphael Warnock and Jon Ossoff.  The highly scrutinized Senate race in Georgia garnered national attention as it would determine the balance of power in the U.S. Senate between Republicans and Democrats. With the votes electing both Democratic candidates, Democrats now hold control of all three branches of government, with Chuck Schumer as Senate Majority Leader, Nancy Pelosi as Speaker of the House, and Joe Biden as POTUS. Senator Warnock’s election to the Senate is particularly noteworthy as he is now one of only 11 Black senators in all of U.S. history and the first Black senator from Georgia.

Beyond the momentous achievements recognized, 2021’s Inauguration Day also held sobering irregularities from past inaugurations that highlight the exceptionally polarized reality of the United States today. Most notable of these irregularities is the absence of former President Donald Trump during the swearing-in of Joe Biden. Although the newly inaugurated President Biden expressed his satisfaction with Trump’s decision to skip out on the ceremony, Trump’s refusal to attend his successor’s inauguration makes him only the 7th president in history to reject this basic principle of American democracy. This stark departure from the peaceful and amicable transition of power was further highlighted by the 25,000 members of the National Guard acting as security to the Capitol since its siege just 2 weeks prior to Inauguration Day. Luckily, the absence of a domestic terrorist threat allowed for a comfortably traditional day in American politics, a feat made rare during the now terminated Trump administration.

An Inaugural Call for Unity

This Inauguration Day being so extraordinary in context and symbolic significance made it one of the most high-profile ceremonies of recent memory. Previous presidents Bill Clinton, George Bush, and Barack Obama, of course, accompanied by their eminent spouses Hillary Clinton and Michelle Obama, provided the credibility of President Biden’s ascent to the office that many may have viewed as less legitimate due to the void left by former President Trump’s absence. Furthermore, global superstar and regular supporter of Joe Biden, Lady Gaga opened the ceremony with a stunning rendition of the National Anthem. Gaga’s performance of “The Star-Spangled Banner” struck an especially resonant note when the icon belted the lyrics, “Gave proof through the night that our flag was still there,” as today’s inauguration stands defiant in the face of the recent attempt to overthrow American democracy. Following Lady Gaga came the inimitable Jennifer Lopez, whose spirited performance of “This Land is Your Land” included a call for peace in Spanish exclaiming, “One nation, under God, indivisible, with liberty and justice for all,” as well as JLO’s trademark, “Let’s get loud!” Country singer Garth Brooks rounded out the musical performances with ‘Amazing Grace,’ an apparent appeal to rural Americans.

The Inauguration of Joe Biden also featured a reading from poet Amanda Gorman, who at 22, became the youngest poet to recite their work at an inauguration ceremony. Her words placed America in its crucial historical context with arresting statements such as, “We lift our gazes not to what stands between us but what stands before us,” and, “For while we have our eyes on the future, history has its eyes on us.” The main attraction of the ceremony came in Joe Biden’s inaugural address following his swearing-in.

As Biden had strongly indicated throughout his entire campaign, his intention as President of the United States has been, and remains, to be a unifying force during these tumultuous times. President Biden utilized the first 20 minutes of his presidency to reason with the American people, acknowledging the several crises the United States faces at the moment, from COVID-19 to racial injustice.

“Few people in our nation’s history have found a time more difficult than we are in now.” The freshly inaugurated president compassionately relayed, “My whole soul is in this… bringing America together.”

President Biden stressed how important it is that all Americans heed the call for unity, “In each of these moments enough of us have come together to carry all of us forward… History, faith, and reason show the way of unity… We can join forces, stop the shouting, and lower the temperature. Without unity, there is no peace.”

Biden’s optimism in today’s sorely divided nation retaining the ability to work together even after an attempted coup incited by a sitting president exhibits resilience and hope the incoming administration is sure to infuse back into American morale.

“We have never failed in America when we acted together. So today, in this time, in this place, let’s start afresh.” Biden reaches out to those who opposed his election to the office, vowing, “I will work as hard for those who did not support me for those who did.”

Following a polarizing four years under the Trump administration and a catastrophic set of months leading up to Inauguration Day, President Biden and Vice President Kamala Harris make a promise as ambitious as it is imperative to the health of American democracy, the unification of one nation.