‘I May Destroy You’: Michaela Coel Tackles Enduring Trauma And Finding Life Beyond It #metoo 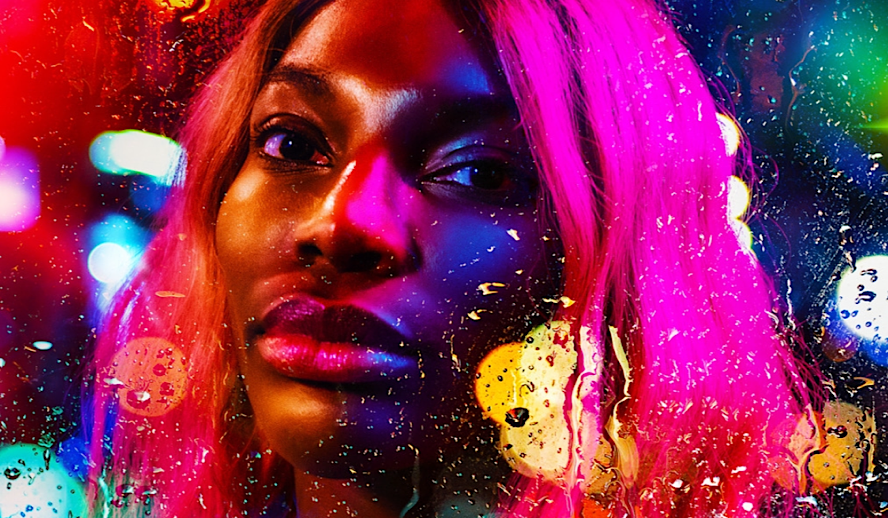 Photo: ‘I May Destroy You’/HBO

Get used to hearing Michaela Coel’s name. A breakout writer, creator, and actor, Coel first garnered fame from her work starring in and writing on the critically acclaimed comedy, Chewing Gum. Coel made an even bigger name for herself after news broke of her rejecting Netflix’s $1 million deal in exchange for the rights to Coel’s newest success,I May Destroy You. Michaela Coel dazzles as a creator, writer, co-director, and lead actor in the HBO show set in the familiar world of the modern millennial, full of social media turbulence, career uncertainties, and even drug deals from hot Italian soccer players. I May Destroy You also revolves around the crisis of sexual assault, a familiar element of both modern millennial life and Coel’s personal life. January 22nd is the date that both Coel and the fictional protagonist she brings to life, Arabella, experience rape. In a remarkable showing of courage and resilience, Coel decided to create and star in a show based on her own trauma, exposing misconceptions about the subject and discovering the beauty of life beyond it.

Coel uses her personal experiences of life after sexual assault, infused with ample fictional deviation, to create a show as enthralling as it is educational. I May Destroy You follows Coel’s fictional counterpart, Arabella, trying to make sense of her life after being raped, without completely losing herself in the aftershock of the traumatic event. What makes this depiction of living with sexual trauma so compelling is the way Coel utilizes the alluring and complicated characters of Arabella and her friends, Terry and Kwame, to spark new discussions on the way modern culture addresses consent.

I May Destroy You is immediately attention arresting due to the strength of Coel’s characters along with the deep dive into the experience of surviving sexual assault. As Arabella works to piece together the memories she lost during her sexual assault, we learn more about the details and textures of Arabella’s compelling personality. As a viewer, it becomes equally as satisfying to discover clues on the path to justice for Arabella’s rape as it is to grow closer to her character as she spirals in and out of the healing process, exposing new vulnerabilities along the way.

The most exciting element of I May Destroy You is how legitimately educational it is on the subject of sexual assault and consent, all while remaining a riveting dramedy. Simply by following the journeys of Arabella, Terry, and Kwame dealing with their traumatic experiences the audience learns some different ways sexual assault can look and some helpful ways to respond to these scenarios. As the protagonists work to gain liberation, the audience is liberated along with them.

Coel shows her three main characters undergo separate and divergent sexual assaults, and while they are of varying degrees, each situation receives its due respect and screen time. The portraits of sexual assault that are included in the series range from getting drugged and assaulted in a bathroom stall to being deceived about a man’s intention of keeping a condom on during the entirety of a sexual encounter. As Arabella and her friends learn to take each of these nonconsensual encounters as serious acts of assault, we learn that every omission of consent is as worthy of justice as the next.

In addition to enlightening its audience on how to identify forms of sexual assault, I May Destroy You also liberates its audience by showing how to address assault. An outstanding example of Coel exhibiting a course of action in response to assault is when Arabella publicly outs a rapist. He receives his due shame and Arabella is met with praise and is even uplifted by her community of colleagues. Just by having her characters go to the police and disclosing their rapes, Coel validates an understated call for action. The vast majority of sexual assault cases are not even reported to authorities, sometimes due to survivors not being aware that they experienced seal assault like multiple characters in this show. I May Destroy You’s strict no BS policy when it comes to handling sexual assault is sharp, inspiring, and eye-opening.

“Your birth is my birth. Your death is my death” is the mantra Arabella and Terry return to again and again, solidifying their unbreakable bond as friends and spiritual soulmates, as well as exposing the brutal and unconditional compassion at the core of the series. Following the note of I May Destroy You’s educational value when it comes to dealing with sexual assault, the greatest lesson Coel conveyed is found in the bond between Arabella and her best friends, Terry and Kwame. These characters all struggle through their individual trauma but employ each other as anchors for their recovery even when the tide rages beyond their control. These characters all validate one another’s experiences, validating the millions of experiences viewers have, teaching the audience how they can be better sympathizers to their friends. So we arrive at the most astounding element of the world that Coel has created for this series: the empathy laced within it.

There are plenty of instances throughout the 12 episodes where members of the main trio do not agree with one another, when they fallout, and when they stop talking altogether; however, their innate empathy tethers them together perpetually. Occasionally these struggles come about due to a character withholding information from another, whether it be an experience of trauma or a hurtful secret, but the world Coel curates always leads to understanding, not judgement. This sets a tremendous precedent for how we can all act with more empathy; it is not always clear what a character is going through in the series, just as it can be unclear what others have going on under the surface in our real world.

Coel utilizes many helpful devices to place the viewer into Arabella’s point of view in order to effectively conjure compassion including the use of character flaw and irregular editing style. Arabella is immediately relatable as we are introduced to her as a professionally procrastinating, overwhelmed millennial. We know that kind of millennial, many of us are that millennial! Arabella seeks a night of fun and escape from the pressure of her life when she is raped. For many of us, a night out with friends is seen as a venue of comfort, we can imagine how the world can become unrecognizable after being abused in such a vulnerable setting.

In addition, the use of extremely close up camera angles, intermittently sloppy editing, and intense lighting in dramatic moments all effectively evoke Arabella’s state of disorientation and fear. Coel’s access to her audience’s empathy is so direct it would not be outlandish to believe she has a large, beaming button on the back of her hand she pushes only once and her audience bawls on command. Upon finishing the show, one continues their life much closer to their sense of compassion than before, Coel’s rainbow after the storm. All in all,  I May Destroy You’s acute social message and emphasis on the beautiful in a traumatic world make this show impossible to stop watching once you’ve started, even if its emotional weight is so great it just might destroy you…. or perhaps the old you?

The #metoo movement is valid and hopefully will continue on until sexual abuse is fully eradicated.