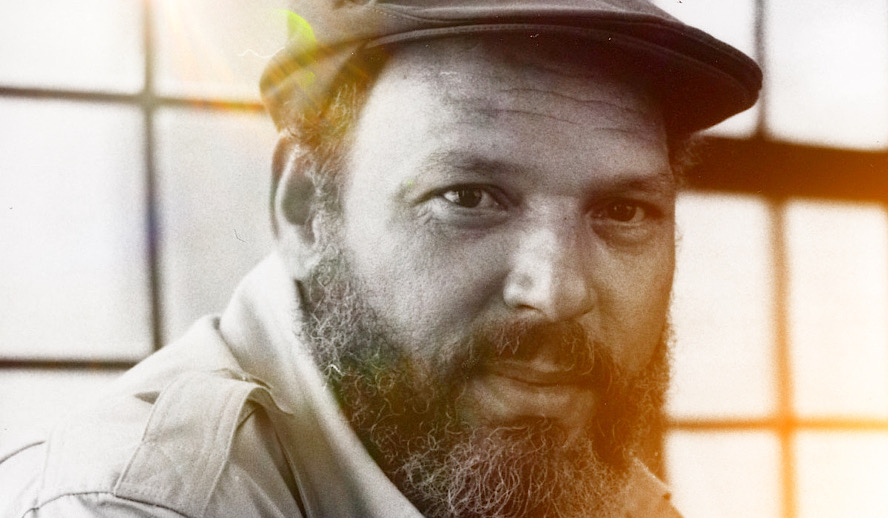 Netflix has recently released a documentary on a competition precious to my heart: the August Wilson Monologue Competition. As someone who was highly active in the competition in Atlanta, doing it all four years in high school, the words of August Wilson have fused with my artistic process. Watching the trailer for Giving Voice, featuring interviews from Wilson familiars Viola Davis and Denzel Washington, I was inspired to re-immerse myself into the world of August Wilson.

One of six children, Wilson was born in 1945 as Frederick August Kittel Jr. in Pittsburgh, Pennsylvania. His father was a German Immigrant, and his mother was a Black woman from North Carolina. Born in the Hill District of Pittsburgh, after his mother divorced his father, they moved to the Hazelwood neighborhood where they were met with racially charged violence. It’s here that the majority of Wilson’s plays are set.

After being falsely accused of plagiarizing a 20-page paper on Napoleon, he secretly dropped out of high school and began working small jobs, meeting figures that would soon become characters in his later plays. He began making frequent visits to the Carnegie Library of Pittsburgh where he gorged on the material of the library’s “Negro Section”, educating himself on the likes of Langston Hughes, Arna Bontemps, Richard Wright, and others.

Wilson officially changed his last name from Kittel to Wilson to honor his mother when his father passed in 1965. It was this year that he encountered the blues, the musical genre that would heavily influence his oeuvre. At 20 years old he began writing and submitting poetry to various magazines. After writing in coffee shops and paying close attention to the voices surrounding him, he began to write plays. However, it wasn’t until Wilson was accepted into the Eugene O’Neill Theatre Center National Playwrights Conference that he would officially consider himself a playwright.

August Wilson – Developing the Voice of a Generation

August is most known for his Century Cycle: a collection of ten plays spanning 100 years of the African American experience. However, he didn’t write the plays in their chronological order. One of his earlier plays, Ma Rainey’s Black Bottom was what got him accepted into the Eugene O’Neill Playwrights Conference. It was there at that summer program that he developed six of his plays and honed his voice being immersed in a sea of playwriting passion and talent.

Fences, possibly the most known play in the cycle, would go on to win the Tony Award for best play in 1987, as well as taking home the Pulitzer Prize that same year. James Earl Jones would also win that year for starring in the show, and took home his second “Best Actor” Tony award that night. The play was revived in 2010 and was directed by Kenny Leon (The Wiz Live!, Hairspray Live!, American Son) and it was here that Denzel Washington received his first Tony Award for starring in the play, along with Viola Davis receiving her second (her first was also from an August Wilson Play– King Hedley ii).

However, it wouldn’t be until 2016 when Washington would direct Fences’ film adaptation, that the show would receive wide-scale worldwide attention. Stephen Henderson would reprise his role along with Davis and Washington. The movie would give August Wilson his first Oscar Nomination (although posthumously), and would give Viola Davis her first Oscar win. In her speech she thanked Wilson for his dedication to vibrant storytelling: “Here’s to August Wilson who exhumed and exalted the ordinary people”.

August has amounted a litany of accolades both in his life and death. But what’s more indicative of his power as a writer is seen in his effect on our nation’s artists and theatrical culture. In an interview with PBS, James Earl Jones says that “you are involved with presenting us a man who we should all know. All members of the world should know this man”. Every actor that speaks about Wilson talks about royalty and that’s because he truly holds the crown for America’s most groundbreaking playwright.

“August belongs to everybody. Everybody that got a mother, father, sister, brother… this speaks to you. If you’ve had your heart broken you’ve had it broke in every language”— Stephen Henderson.

Wilson is so frequently compared to the likes of Shakespeare and Tennessee Williams because of the breadth and depth of his depictions of ordinary human life. Wilson writes about the experiences Black people have lived through since the dawn of slavery, and through that is the common thread of humanity through all his works.

This is why the annual August Wilson Monologue Competition (AWMC) is so special to youth in cities across America. In the Netflix documentary Giving Voice, released December 11th, 2020, young actors from all over the country take on the competition with thousands of competitors, for a chance to act on the August Wilson stage on Broadway. The competition is comprised of multiple rounds where participants embody characters and their speeches (known as monologues), and compete against each other for the gold.

I had the privilege of being a finalist for Atlanta two years in a row and have been immersed in August Wilson’s work for all four years of my high school experience. I’ve seen fellow participants explore their depth in the competition. I found the core of my own acting style and voice in the competition, and I’ve been able to hear precisely what makes good writing by literally having the material drilled in me over those four years.

The competition was founded shortly after Wilson’s tragic death in 2005. Kenny Leon and Todd Kreidler created the competition at Leon’s True Colors Theatre Company in Atlanta. The duo took on the undertaking of carrying out Wilson’s endeavors to give voice during his life and laid the foundation for a new future of Black actors. Cities across America took Leon’s lead and began adding to the network that is now the AWMC.

In telling truthful, human stories about Black experiences, Wilson opened doors for millions of Black artists across the world. His stories will inspire generations to come, and continue to find new light in contemporary artists.

His play Ma Rainey’s Black Bottom is the most recent to receive a screen adaption and aired on Netflix on December 18th. Here Viola Davis returns to give life to Wilson’s words, playing the real-life blues legend Ma Rainey. Chadwick Boseman stars alongside Viola in the last film of his life. Although Wilson died over 15 years ago, in his death is a new life of artistry, but also the endowment of his eternal voice in the American canon. Keep your eyes peeled for Ma Rainey’s Black Bottom, and in the meantime, watch Giving Voice on Netflix and cherish the story of one of the greatest playwrights the world has ever known.