LatinX Representation in Cinema: A Brief History of the Overlooked 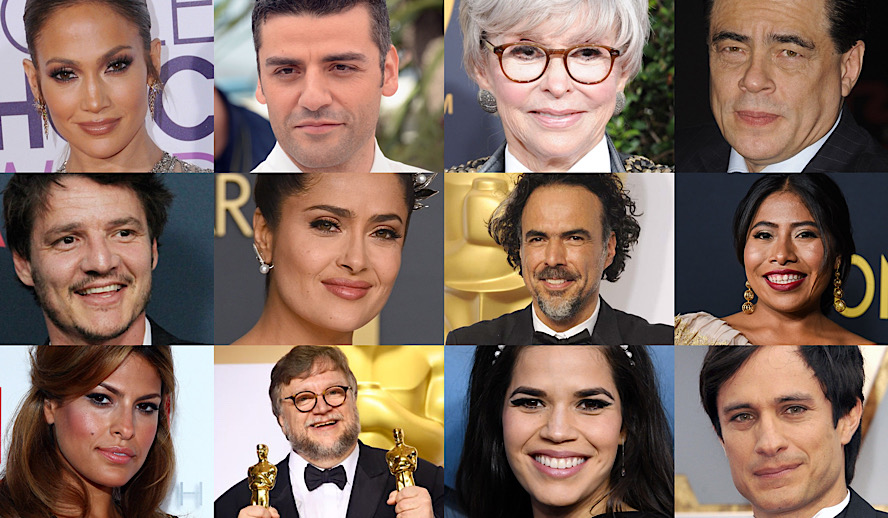 It’s no secret that there’s been a significant lack of LatinX representation in Hollywood during its over-century long history. LatinX on-screen representation was essentially non-existent unless it was a common stereotypical role, some of them including the criminal, sexpot, servant, immigrant, etc. A LatinX crew member behind the camera was even rarer, especially in a leadership role, such as a director, producer, or writer. Since the first feature-length film was released, Charles Tait’s The Story of the Kelly Gang in 1906, and the first Academy Awards ceremony in 1929, the amount of critical and commercial recognition, along with award nominations for LatinX artists in Hollywood has stayed locked in the single digits.

There are even some Oscar categories LatinX people have yet to fill almost 100 years after the Academy Awards were established. It wouldn’t be until the mid 20th century that LatinX cinematic artists would gain prominent attention or be given opportunities to bask in the cinematic spotlight, and sadly, persisted to be largely ignored until very recently.

During one of the most racist time periods in American history, actor Anthony Quinn became the first Latino American to be nominated for an Oscar after earning one in 1952 for Viva Zapata! in the Best Supporting Actor category. In that same film, white actor Marlon Brando played famous Mexican revolutionary Emiliano Zapata. With all his sheer talent, Quinn also became the first LatinX actor to win an Academy Award after earning another nomination in the same category in 1956 for the Vincent Van Gogh biography Lust for Life. A Mexican-born actor wasn’t nominated for the same category until 56 years later with Demian Bichir’s nomination for A Better Life in 2012.

For some odd reason, the mid-fifties was a recognizable period for LatinX actors, because Latina American actress Katy Jurado was nominated for Best Supporting Actress in 1954 for Broken Lance. Although they would begin to be shortly after, there were largely no commercially or critically recognized LatinX performers until that point. The large gap from the Best Actor award nominations followed for the Best Actress ones too, unfortunately.

A Latina actor wasn’t nominated again until 2006 with Adriana Barraza’s performance in Alejandro G. Inarritu’s, who would go on to be a revolutionary trailblazer for Latin-American Cinema, film Babel, which also starred Brad Pitt and Cate Blanchett. Latina actors waited all the way until 2002 to reach the Best Lead Actress category when Salma Hayek was nominated for her performance as Frida Kahlo in Frida. She, unfortunately, did not win. In the history of the Academy Awards, only eight LatinX actors have been nominated for best lead and supporting roles. Fortunately, many LatinX performers gained much deserved international acclaim, but Hollywood continued to ignore them for an entire century.

The tail end of the 20th century ushered in a new wave of LatinX talent, with stars like Antonio Banderas and Salma Hayek, who were able to penetrate Hollywood stereotypes and create in-depth characters and stories from a LatinX perspective that dazzled American audiences, in opposition to a general disregard for LatinX talent, or Latin actors being used as devices for a larger part of a cis-white man or woman’s story. Now that on-screen LatinX was beginning to change, there was a difficult battle brewing with off-screen LatinX artists that wouldn’t burst out of its bubble until just fourteen years ago.

LatinX Artists Behind The Camera

Though many barriers were hurtled over by many Latin-American actors, with mixed success in the 20th century, and many rising to stardom in the 21st century,  LatinX inclusion behind the camera was not as accepted by Hollywood. One talented artist that gained worldwide recognition for his radical films, and was nominated for two Academy Awards, was surreal and naturalistic Spanish filmmaker Luis Bunuel. Shared with French filmmaker Jean-Claude Carriere both times, Bunuel would go on to be nominated for Best Writing in 1973 for The Discreet Charm of the Bourgeoisie and again in 1978 for That Obscure Object of Desire.

Spanish filmmaker Pedro Almodovar made dozens of films during the last three decades of the 20th century and was even nominated for Best Foreign film in 1988 for his film Women on the Verge of a Nervous Breakdown, and later won for Best Screenplay for another film of his, Talk to Her, in 2003. Other than a few lucky years throughout the Academy’s history, seldom did LatinX filmmakers get the spotlight. They relied heavily on Spanish and international audiences outside of Hollywood, which by far dominated the global cinematic climate.

Although LatinX filmmakers were getting the center stage once or twice every other decade or so, it wasn’t until late in cinematic history, and relatively recently when the gears began to shift. Guillermo Del Toro shook up the industry with his film Cronos in 1993, but it, like many LatinX films, did not get the traction needed to attract the attention of Hollywood producers and audiences, thus keeping LatinX artists out of the Hollywood spotlight. Spanish and Mexican born filmmakers generally weaved in and out of the mainstream until one driven and committed filmmaker in the 90s kicked down the industry’s door with an awesome, all-Spanish, low budget film; Robert Rodriguez’s El Mariachi.

The Modern Rise in LatinX Cinema

Robert Rodriguez’s El Mariachi was a hit in the U.S., earning over $2 million to the film’s $7000 budget. This opened the door for LatinX filmmakers to gain trust from American producers and showcase their talents to audiences that were, up until that point, largely unfamiliar with LatinX Cinema. Following El Mariachi, Rodriguez produced hits such as Desperado, From Dusk Till Dawn, and The Faculty, all featuring a largely dominant LatinX cast and crew. Lurking in the undercurrent of the late 90s was also Miguel Arteta, who was nominated for several Independent Spirit Awards for his 1997 film Star Maps. The 90s catapulted a revolutionary and historic turn in LatinX Cinema, heralding the 21st century as a turning point for the Academy’s recognition of LatinX artists behind the camera.

Bringing long-awaited, and enormously overlooked female prowess to LatinX Cinema, Patricia Cardoso became the first LatinX woman to receive a Sundance award and Student Academy Award with her landmark film Real Women Have Curves in 2002. The film also went on to win an Independent Spirit Award and was nominated for another. Following this strong start to the 21st century, starting in the mid-2000s, Latino American filmmakers started getting nominated for Best Director and Best Picture Oscars, with Alejandro González Iñárritu being nominated for multiple Oscars in 2006 for Babel, the ultimate game-changer. Inarritu would continue to pioneer LatinX Cinema and has been embraced warmly by Hollywood and international critics and audiences. His tenacity and commitment to diversity with no sign of Americanizing his work serves as an inspiration to aspiring LatinX filmmakers around the world.

The other LatinX successes that resulted in nominations and wins in coveted categories were Guillermo Del Toro’s numerous major nominations for Pan’s Labyrinth in 2006 and The Shape of Water in 2018, Miguel Arteta’s Alexander and the Terrible, Horrible, No Good, Very Bad Day in 2014, and Alfonso Cuaron’s Children of Men in 2006, and really, any of Cuaron’s films. It’s a trend that appears to be progressing upwards year by year, and one that’s surely destined to snowball once the Academy’s new rules take effect.

LatinX artists have been exceedingly overlooked and disregarded in Hollywood for all of film and television history, but the last ten years have shown the tides are beginning to turn.