What Is an Oscar Bait Film? How to Be Nominated for and Win an Academy Award 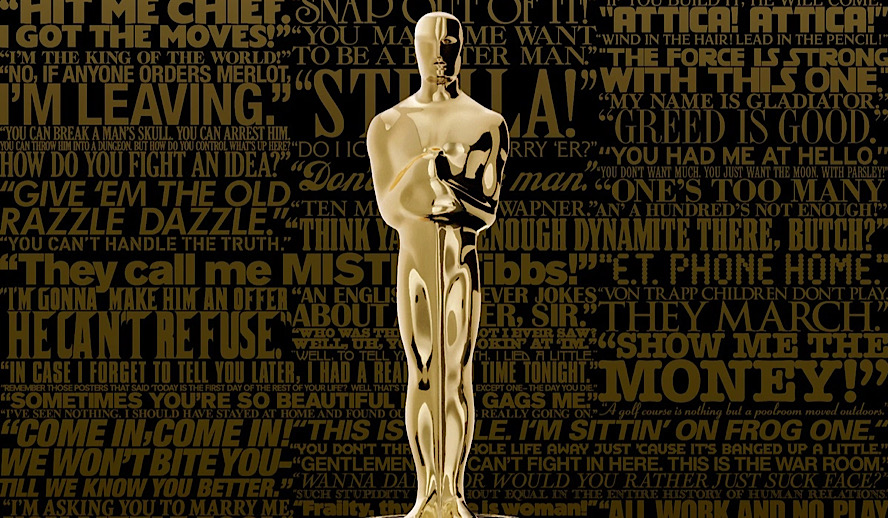 Every year there are many movies that release around the same time of year, close to awards season, all vying to get a coveted nomination. Some of these films are described as “Oscar bait” films, a term used to describe a few different kinds of films that all have one thing in common–their appeal to Oscar voters. These films fall under four categories: the historical drama, the musician biopic, the melodrama, and the quirky indie comedy.

One kind of film that is a surefire way to get an Oscar nomination is to make a historical drama. These films most commonly take place during World War II, the Victorian era, revolutions, or around the Golden Age of Hollywood. This genre is partially composed of fictional stories set in a certain time period and some based on real-life accounts. This genre does include some biopics, but ones primarily taking place before the 1950s.

In previous years this genre has been very successful in its Oscar bids. Just last year Martin Scorsese’s ‘The Irishman’, a movie tracking a man who worked for the mob during the 1950s, got 10 Oscar nominations along with Quentin Tarantino’s ‘Once Upon a Time… in Hollywood’, a film about the waning days of the Golden Age of Hollywood. In 2018’s Oscar nominations, five of the nine Best Picture nominees were historical dramas, with ‘Dunkirk’ and ‘Darkest Hour’ even being about the same event in history. The last time a historical drama won Best Picture was in 2014 when Steve McQueen’s ‘12 Years a Slave’ took home the top prize.

Biopics are almost always a big Oscar draw but ones about musicians tend to garner the most success during awards season. Since most of these films tend to focus on more modern artists they don’t quite fit in with the typical historical drama and follow their own formula for showing the life of a musician. The formula for most of these films is centering on one particular period in their life to create a framed story about the artist. These films don’t always get nominations for Best Picture but they do tend to get acting nominations for their stars.

The past few years have given us a wealth of musician biopics. Rami Malek won Best Lead Actor at the Oscars for his portrayal of Freddie Mercury in the Queen biopic ‘Bohemian Rhapsody‘ in 2019, the same year ‘Green Book’ took home Best Picture and Mahershala Ali won his second Best Supporting Actor Oscar for playing Dr. Don Shirley, a world-renowned pianist, in that film. Renée Zellweger won the Oscar for Best Lead Actress in 2020 for her role as Judy Garland in ‘Judy’, which focused on her final years doing stage concerts in Great Britain. There are so many other films and performances that have had success from this, that I could easily be here all day listing them off.

The melodrama tends to be more of your family dramas, relationship stories, and films that deal with big themes such as grief, addiction, mental health, and other harrowing topics. These stories tend to sensationalize emotion while dealing with more personal, small-scale stories which is what sets them apart from a drama. This genre is another one that tends to succeed most in the performer categories since they tend to be more character-driven films centered around one or two people instead of ensemble pieces.

Last year’s Oscar race had one of the best examples of this kind of film in the form of Noah Baumbach’s ‘Marriage Story’, a film exploring the relationship between a couple in the process of getting a divorce. Others from years further back include Casey Affleck’s win for Best Lead Actor in 2017 for Kenneth Lonergan’s ‘Manchester by the Sea’, which got a total of six Oscar nominations including Affleck’s win. The melodrama, along with historical dramas, is probably one of the most successful genres among Oscar voters.

A lot of Oscar-nominated films tend to be more mainstream, blockbuster-style films, but there’s usually at least one small independent film that finds its way into the Oscars and it tends to be a comedy. These films are very similar to melodrama in the sense that they’re lower budget films, primarily character-driven, and deal with similar themes but tonally are different since they take those elements and frame them with humor. This is another genre that primarily gets recognized in the acting categories, specifically in Lead Actor and Actress, and in the screenplay categories.

The most recent indie comedy to garner major success at the Oscars was Greta Gerwig’s ‘Lady Bird’, a coming-of-age film about a graduating high school senior in 2002 Sacramento, which got five nominations including Best Picture. That same year saw Margot Robbie’s acclaimed performance as disgraced figure skater Tonya Harding in ‘I, Tonya’ which, despite its subject matter, was most definitely a comedy and the great Allison Janney’s Oscar win in the Best Supporting Actress for her portrayal of Harding’s mother in the film. ‘The Big Sick’, about the early months of the relationship between real-life couple Kumail Nanjiani and Emily Gordon while she’s in a medically-induced coma, is the most recent indie comedy to appear at the Oscars with a lone nomination for Best Original Screenplay.

What are the 2021 Oscar Bait Nominees?

The Oscar nominations have now been released, so we have a more clear idea of what movies became Oscar bait this year.

When it comes to melodrama, there are several films in the Best Picture race and the acting categories. Lee Isaac Chung’s ‘Minari’, a film about a Korean-American family trying to achieve the American dream, received six nominations including Best Picture as did Chloe Zhao’s ‘Nomadland’ along with Zhao’s historic Best Director nomination. Vanessa Kirby received a Lead Actress nomination for her heartbreaking performance in ‘Pieces of a Woman’ and Glenn Close found herself nominated in Best Supporting Actress for ‘Hillbilly Elegy’.

There is one indie comedy that got attention from the Oscars this year:  Emerald Fennell’s ‘Promising Young Woman’ (which is considered a Black comedy). The film received five nominations including Best Picture and a Best Director nod for Fennell, making this the first time two women have been nominated for Best Director at the same time.