The Oscars Best Animated Feature Category: How to Make it Work 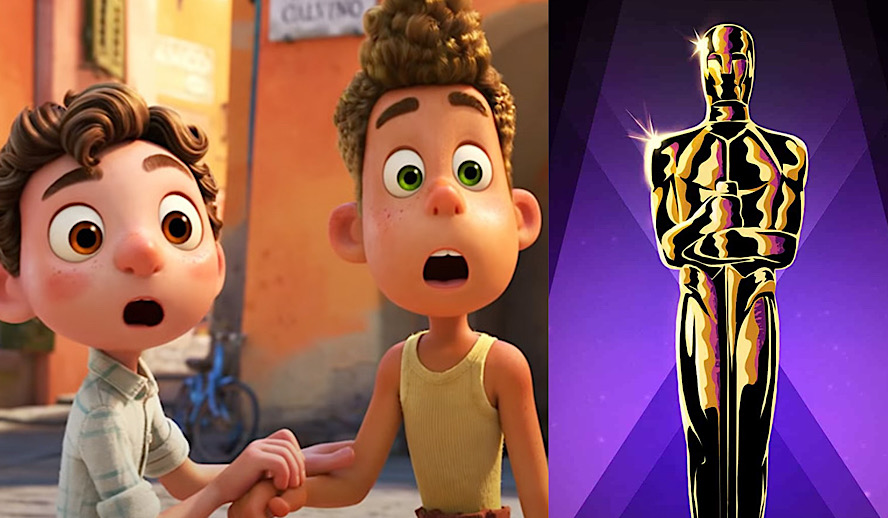 A Tendency to Play it Safe

For the longest time, the Academy of Motion Picture Arts and Sciences seemed very adamant about not caring much for animation when it came to their annual award show, the Academy Awards (now simply known as the Oscars). Sure, there were a few miscellaneous awards given to animated films over the years…the key phrase here being “a few”. ‘Snow White and the Seven Dwarfs’ was given an Honorary Award in the form of a statuette depicting the titular seven dwarfs, and ‘Toy Story’ won a Special Achievement Academy Award. ‘Beauty and the Beast’ was also nominated for Best Picture, but didn’t win. However, it wouldn’t be until the 74th Academy Awards when a dedicated category was created for animated films, appropriately titled the Academy Award for Best Animated Feature. The ceremony was held on March 24, 2002, and the award was given to the now-famous Dreamworks film ‘Shrek’. Ever since then, the Best Animated Feature category has been a mainstay at the Oscars.

However, as time went on, people began to have problems with the category. Granted, there are plenty of people who aren’t fond of the Oscars period, but that’s a whole different can of worms that I won’t be getting into here. One major problem people have with the Best Animated Feature category is its tendency to play it safe. It’s no secret that there are plenty of animated films from all over the world that come out each year, all of different genres and styles. There’s far more theatrical animation than what’s made by the big-name American companies, and sometimes films like these will be lucky enough to get nominated for Best Animated Feature. Films like ‘Wolfwalkers’, ‘I Lost My Body’, and most recently ‘Flee’ exemplify the talent that animation filmmakers worldwide are capable of. Despite this, the Academy has a tendency to simply give the award to either a Pixar or a Walt Disney Animation Studios film that came out that year.

In fact, only six films not made by either Disney or Pixar have ever won Best Animated Feature as of this writing, a mere two of those being from the 2010s. This fact hasn’t sat well with a lot of animation enthusiasts who often feel like more deserving movies get snubbed. But even if the Oscars show little sign of changing in the future, simply complaining and leaving it at that won’t do anything. Could there potentially be a way to “redeem” the award in the public’s eyes?

How Could It Be Improved? What could be Changed?

One possible suggestion for the Oscars to consider when nominating animated features could be to allow a wider range of movies in general. Each year, only a small handful of animated films are nominated, unlike the Best Picture category, which for the past decade has had eight to ten nominees per year. Having a wider selection of nominees could make the category more interesting. Additionally, an unfortunate rule for the Oscars is that only one film from outside of the United States is allowed in each category.

This is fairly understandable as the Oscars are an American award show, but it also means that quite a few potential movies wouldn’t even get the chance at getting nominated. With anime being as big of a phenomenon as it is, it seems somewhat unfair that this rule applies to Japan just as much as it does to any other country. What if two or more anime films make it big in a single year? Even if the rule was slightly modified instead of outright removed, with maybe three films per non-U.S. country being allowed, there could be more opportunities for international animated films to get better attention.

Another thing the Academy could do is try to take more risks regarding which film wins. As previously stated, many have gotten tired of either Pixar or Disney being the ones to win. While it all boils down to opinions at the end of the day, I’ve seen plenty of people saying they would’ve preferred it if ‘Anomalisa’ won over ‘Inside Out’, if ‘Klaus’ won over ‘Toy Story 4’, and if ‘Wolfwalkers’ won over ‘Soul’. One could even make the argument that ‘Spider-Man: Into the Spider-Verse’ winning Best Animated Feature hardly counts as a deviation from the usual Disney win, as even though the movie was produced by Sony, the Marvel Comics characters are still heavily tied with the former corporation.

Let it be known that I have no intention of badmouthing Disney, as there have been plenty of films from both Walt Disney Animation Studios and Pixar that I’ve loved, but when one corporation’s films win the same award over and over again, it can start to feel monotonous after a while. Regardless, there are plenty of animated films that can be found elsewhere that have unique, ambitious ideas, and to see a film from a smaller studio not only get nominated but win the award would be really inspiring to see.

Is it Too Late to Change?

People may have their gripes with the Oscars, but as long as movies are being made, the Oscars are going to keep happening, unless some unforeseen event leaves the Academy bankrupt. The award show is no stranger to controversial moments, so unless something catastrophic happens in the near future, it goes without saying that the Oscars are here to stay. And while they’re here to stay, the following should be considered: is it too late for the Oscars to change their ways? It’s highly unlikely an article such as this is going to blow and receive mass attention, prompting the people running the Academy to band together and make serious changes regarding how the show is run, but even so, just about everything changes over time. There’s no reason not to lose complete faith in the Oscars when one looks at the big picture.

Perhaps one day the Best Animated Feature category will break out of the Disney-favoring mold people see it as being in and start giving other films a chance. The 92nd Academy Awards saw the South Korean film ‘Parasite’ winning Best Picture, and to see a foreign director win over the mainstream and receive such an award, a lot of people were very happy. Times are changing, and with such a push for cultural representation in the media nowadays, maybe a change really can be made.