War Movies Not From USA: A Perspective Outside of Hollywood 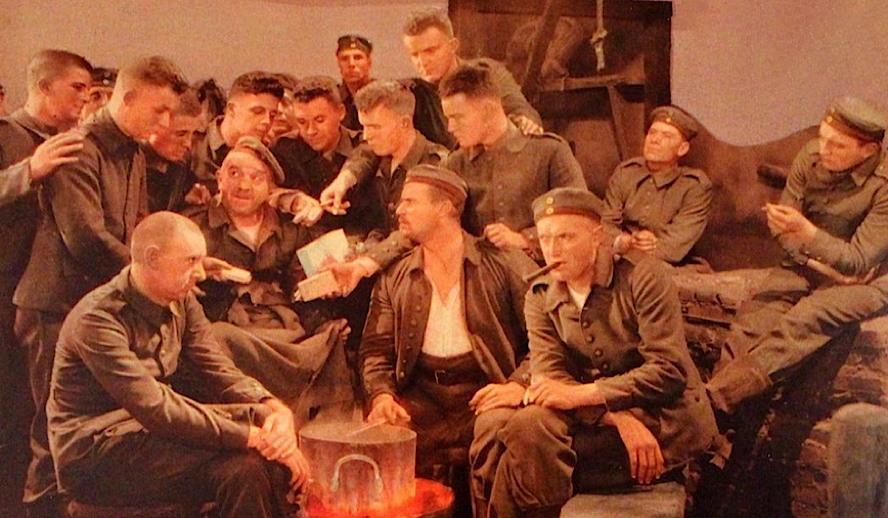 Photo/Video: All Quiet on the Western Front/CBS/Hollywood Insider YouTube Channel

The genre of war films has been explored regularly throughout the years. These movies come in many different packages. There are standard installments where the message behind the film is the chaos of war and the lack of meaning behind the conflicts. Many of the Hollywood films over the years incorporate these messages in different stories from different wars. They are important messages, and there is a reason the genre is still explored today, but what doesn’t always get highlighted is the perspective of the other side.

Related article: A Tribute To Studio Ghibli: A Masterclass Of Storytelling And Cinema

The movie ‘Valkyrie’ comes to mind when thinking about an American production told from the point of view of Germans. While the film can be considered well-done, with a solid leading performance from Tom Cruise, eyebrows were raised at this American telling of a German tale. This isn’t the only time a famous American movie decided to tell a foreign story. Another example is ‘Letters from Iwo Jima.’ Again, this can be considered a well done film. It won an Oscar for Sound Editing and was nominated for Best Motion Picture of the Year, Best Achievement in Directing, and Best Writing – Original Screenplay. Crucially, for this story, Iris Yamashita was involved in the writing.

That isn’t always the case, though. While the filme may be well-done, it begs the question, “Why aren’t people who have a connection to the story involved with the vision and creation of the film?”

Below are war movies not from USA that exemplify a tale told from the perspective of people with connections to the history they depict.

‘Das Boot,’ directed by Wolfgang Petersen, is a West German war film that came out in 1981. The movie was adapted from the 1973 Lothar-Günther Buchheim German novel of the same name. The story is set during World War II and follows a German submarine and its crew. The U-96 crew sets out on a dangerous patrol in the Battle of the Atlantic. Wolfgang Petersen masterfully crafts a film that shows the exhilaration of battle and the tedious life of fruitless hunts. The soldiers serving onboard are portrayed as ordinary individuals doing their best for their comrades and their country. ‘Das Boot’ has a few different versions, including a director’s cut clocking in just shy of 5 hours. It is a masterpiece.

‘Sometimes in April’ is an American made for television film about the Rwandan genocide. The writer/director of the film is Raoul Peck. Peck was born in Port-au-Prince, Haiti, and spent time growing up in the Democratic Republic of the Congo, Brooklyn, USA, and Orléans, France. He was crucial in giving the film a perspective that was not White Hollywood. The film revolves around a Hutu, Augustin Muganza, who struggles for closure after witnessing the killing of close to a million people in 100 days. The movie moves between the genocide in 1994 and 2004, where Augustin, played by Idris Elba, is invited by his brother to visit him while he stands trial for his involvement in the genocide. The film crucially depicts the circumstances surrounding the genocide and the failed attempts of foreign powers, including the US, to publicly acknowledge and stop the unfolding genocide.

A complete screenplay book, including storyboards and the ‘Dunkirk’ screenplay, starts with an interview between Jonathan Nolan and Christopher Nolan. In the interview, Christopher Nolan reveals how he felt he could not identify with a soldier in knowing what the experience of war was like. He discussed how he talked to different people who were alive during the battle of Dunkirk and how each had a different experience. He began to find a way he could explore the story that was meaningful for him. To Nolan, it was a story about survival. You don’t ever see the enemy in the film, other than a few glimpses of enemy aircraft in the pilot sequences. There is very little dialogue between characters as well. Instead, you are put in the situation each character is facing and how they experience it. ‘Dunkirk’ is one of the most unique war films to come out in recent years.

‘Grave of the Fireflies’

Not all war movies depict soldiers and battles. The Studio Ghibli film ‘Grave of the Fireflies’ tells the tale of an older brother and his younger sister as they struggle to survive after their mother dies during a bombing of Japan during World War II. The siblings seek shelter with an aunt while their father is off with the Navy, but they are not welcome and decide to go out on their own. The film is based on the 1967 semi-autobiographical short story by Akiyuki Nosaka and was adapted and directed by Studio Ghibli legend Isao Takahata. Roger Ebert gave it four out of four stars and described the film as “an emotional experience so powerful that it forces a rethinking of animation.”

‘All Quiet on the Western Front’

‘All Quiet on the Western Front’ is part of the early history of film and the early history of the Academy Awards. At the 1931 Awards, the third year of the Academy’s ceremony, the film won in the categories of Directing and Outstanding Production. In Christopher Nolan’s ‘Dunkirk’ book, he described the film as one of the best war movies ever made. The film was based on the German novel of the same name by Erich Maria Remarque. Directed by Russian-American Lewis Milestone, the film depicted the journey of young soldiers moved by an impassioned speech to join the Army and save the Fatherland. The soldiers enter the military and go off to war to find out the realities of what it means to serve. It is a powerful story that is one of the classic tales of war in literature and film.

As stated in the introduction, war films come in many different packages. In his book on ‘Dunkirk’, Christopher Nolan points out how it is tough to find a story that hasn’t been explored or told before. He was able to find a way to connect with ‘Dunkirk’ and the result was an astounding film. The other movies above were told by people who had a close relationship with the stories they told. They are just a few classic examples of why it is essential to have people connected with the story behind the creative and production side of the tales explored and depicted.

Hopefully, they can be a reminder for Cinema moving forward.