Once Upon a Time in Hollywood Review: A Stylized Love Letter to 1969 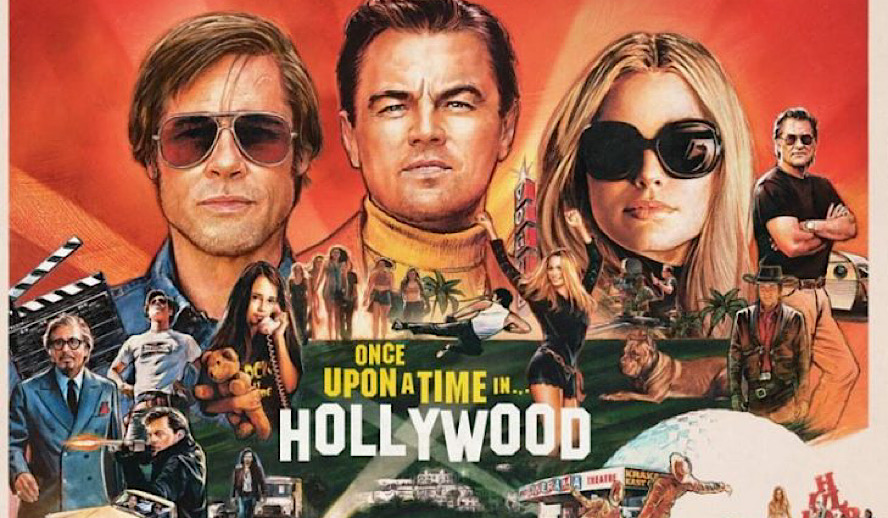 Photo: ‘Once Upon a Time in Hollywood’/Sony Pictures Releasing

A Once Upon a Time in Hollywood Review

Once Upon a Time in Hollywood, compared to some of the other Quentin Tarantino outings, comes off as a slower-paced and more character-driven film. Its narrative is an examination of the highs and lows associated with Hollywood stardom. It shows a contrast of Hollywood socialites living comfortable and seemingly carefree lives, juxtaposed against anxious and fading Hollywood idols, as well as their loyal behind-the-scenes wingmen, on the precipice of potential greatness and financial security. Fans of the more action-driven Quentin Tarantino films, such as Django Unchained and Inglourious Basterds, may find the nearly three-hour-long Once Upon a Time in Hollywood a slower than usual ride. Some scenes are thrown in to simply show off the time and care that went into building sets and transforming Los Angeles back into the 1960s. While these scenes are impressive to watch on screen, they do risk unnecessarily bloating the movie at times, acting as a kind of stylized fluff. However, the latest film’s various twists and turns, as well as its displays of classic Tarantino-esque stylized violence, make Once Upon a Time in Hollywood a worthy addition to the revered director’s filmography, and an imaginative ode to an older Hollywood.

Related article: Video: Quentin Tarantino Cameo Hidden in Poster of ‘Once Upon A Time In Hollywood’?

The film’s main stars, Leonardo DiCaprio (playing Rick Dalton, an aging Western star looking for his next big break) and Brad Pitt (playing Cliff Booth, Dalton’s charismatic, and dangerous, long-time partner and stuntman) are an undeniably satisfying duo to watch on screen. Brad Pitt gives an effortlessly cool and calculated performance as an aging stuntman with a rather large chip on his shoulder, but it’s arguably DiCaprio who steals the show. Leonardo DiCaprio’s beautifully anxious and furious performance of the once larger-than-life Western movie star, who’s past his prime and starting to lose confidence in himself, gives the audience a well-crafted “anti-hero” you can’t help but root for. Rick Dalton’s drunken fits of self-doubt, and his desperate attempts at relevancy in an evolving 1960s Hollywood landscape, make for a passionate, comedic, and awards-worthy performance for DiCaprio.

Rick Dalton also supplies unexpectedly hilarious moments to an otherwise tense story, reminiscent of DiCaprio’s committed performance in Martin Scorsese’s The Wolf of Wall Street, providing the kind of dark and violent humor Quentin Tarantino movies are known for. Al Pacino’s cameo as a wise-cracking agent (Marvin Schwarz) brings scene-stealing energy and comedic relief as well. Margot Robbie (Sharon Tate), though criticized for her lack of on-screen dialogue, perfectly personifies the care-free, groovy artist of late 1960s Hollywood, acting as a stark contrast to Rick Dalton’s constant struggles throughout the film. Charles Manson’s (Damon Herriman) inclusion in the film plays a large role in Tarantino’s story as well. Manson’s cult is depicted as a kind of “Chekhov’s gun”: slowly introduced into the story, and then gradually becoming a central focus in the film’s nearly three-hour runtime, resulting in a climactic conclusion.

In addition to displaying the disparities (that are still largely present today) between successful and struggling actors, as well as a nod toward longtime underappreciation of Hollywood’s stuntmen and women, Once Upon a Time in Hollywood largely comes off as a stylish Tarantino love letter for the 1960s, as well as for the Westerns of older Hollywood (it’s also interesting to note how Western movies have started to become a running theme in Tarantino films, such as in Django Unchained and The Hateful Eight).

It’s clear a lot of care and determination went into the production of Tarantino’s latest film. It includes a portrayal of notable actors and directors of the time, as well as a carefully curated soundtrack specifically for the year 1969. This time frame not only influenced the film’s subject matter but determined its music choices as well. Mary Ramos, a music supervisor for the film, who’s also worked for Tarantino’s Pulp Fiction and Django Unchained, explained on Rolling Stone how the director didn’t want to include any music released after 1969, the year the film takes place. She added how Tarantino wanted to “stay very specific to the period”, noting the kind of time-capsule effect the director envisioned for his latest film, and as a result, displaying auteur-like care during its development.

In addition to the soundtrack, all of the film’s automobiles, wardrobe, and scenery add to its specificity as well. Rick Dalton’s car, a long and cream-colored sedan, shines on screen, and Cliff Booth’s visually striking driving scenes not only display the stuntman’s prowess behind the wheel, but also show off a transformed 1960s Hollywood, whether when driving down Hollywood Boulevard, passing by landmarks such as the ArcLight Hollywood, the Hollywood Pantages, dining at one of Hollywood’s oldest eateries Musso & Frank Grill, or simply driving through the iconic Hollywood Hills. The film’s warm color tones, bee-hive hairstyles, bare-footed flower girls, and illuminated neon signs provide a sense of nostalgia and romantic aesthetic that ironically clash with the underlying darker tones and violence of the script. Scenes involving Rick Dalton’s earlier films act as smartly-written, cinematic examples of exposition made to portray the character’s trajectory as an actor. This visual storytelling mechanic, serving as a way to explore the character’s past through visual cues, makes for a smart and entertaining watch.

A Slow Burn That’s Worth the Ride

Once Upon a Time in Hollywood, much like other Quentin Tarantino films, unfolds in chapters, exploring different plots one at a time. The script takes its time examining the characters, sporadically jumping forward and backward in time, in effect providing great depth, motivations, and fears to its layered characters. The script gradually reveals more about its characters to the audience, building up the stakes, until the separate stories start to intertwine and the audience is rewarded for its patient and attentive viewing. Admittedly, it could be argued this layered approach could have been executed in a shorter runtime (with the film’s length being its biggest flaw), but most viewers will likely look past some of the excess and fat found throughout the film, and appreciate the surprisingly layered storylines in Quentin Tarantino’s latest hit. Once Upon a Time in Hollywood is a kind of movie you’re likely to end up seeing more than just the once, with each subsequent viewing revealing something new within its seemingly simple script.