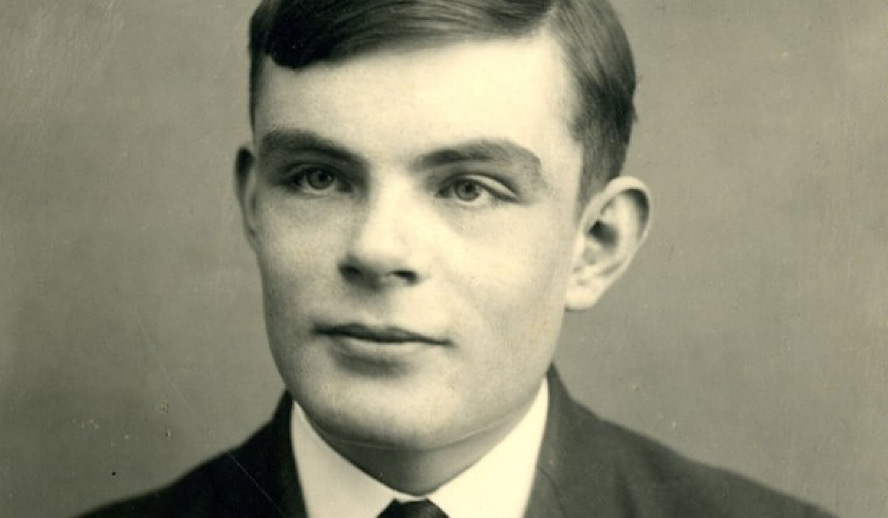 Alan Turing pioneered the fields of digital computation, cyber technology, and artificial intelligence. He was a brilliant man with an unstoppably inventive mind. He was not only a scientific and technological pioneer but a war hero. Everyone knows that on May 8th, 1945, the allied forces celebrated VE day, victory in Europe over the axis powers, and Hitler’s forces. It cemented good defeating evil and also the end of the Holocaust. And it was all thanks in part to Turing’s genius. And yet his name is not as well known as it should be.

Hence, Alan Turing is the star of this next edition of Hollywood Insider’s series ‘Unsung Heroes’

One of Turing’s greatest accomplishments was cracking the German Enigma Code. The Enigma code sent messages regarding where German submarines and Naval ships would be placed in WWII. Turing devised a way to intercept this code which would allow the Allied Powers a smooth path to victory. Without the hero Turing, good might not have defeated evil during the Second World War and our world would have looked a lot different and quite possibly horrible.

After the Second World War was over, and people could breathe in safety and sleep in their homes peacefully, our hero who saved us all, our hero who saved humanity, our hero who saved our world, was convicted for being gay and shunned from society. As a part of his punishment for being in a relationship with a man, our hero Alan Turing was chemically castrated. The world’s hero was denied entry into the United States after his conviction. Our hero was LEGALLY abused and tortured.

At the age of 41, Alan was found dead and the cause was deemed as suicide.

That was how inhumanely our hero was treated after he saved our world and humanity as a whole. This is how we lost one of the world’s most brilliant minds. But even if Turing died having been unrecognized for his achievements, his legacy still lives on in modern mathematics, cryptoanalysis, and logic.

Before Turing, the most accurate way of performing mathematical functions was an abacus, a very primitive device using beads that could only perform basic arithmetic. In 1936, Turing and his partner Alonzo Church challenged Entscheidungsproblem which claimed that all algorithms are only valid if solvable using the axioms of the rules of logic. For those of you, who don’t speak Harvard professor, that means that every solvable mathematical problem can be boiled down to be simple enough to be solved by a person.

Turing and Church claimed that this theory was fundamentally flawed. Turing created a theoretical machine, known as the Turing machine, a calculator that could calculate any problem by manipulating tape within the machine. This would later serve as the blueprint for the modern digital computer which was used as the basis for everything from smartphones to GPS to your garage door opener.

WWII broke out in 1939. The British government assembled a team of mathematicians and codebreakers to work together in Bletchley Park to devise a way to intercept German messages sent on the Enigma machine. On the Enigma Machine, the Germans would plot out where to send their submarines and Naval ships. This flung the Allies into essentially playing Battleship against history’s most evil opponent. The Polish had come up with a primitive way to intercept messages sent on the Enigma machine but it was far from foolproof.

Working with fellow code breakers, Turing came up with a much more effective method of breaking the Enigma code. With the use of Turing’s machine, affectionately dubbed the Bombe codebreaker, the allies knew where German ships and subs would be planted and could attack and prepare accordingly. This ultimately would lead to a quicker end to the war which meant fewer military deaths and the ability to save more lives from the horrors of concentration camps. Without the work of Turing and his team, victory would have been far less likely for the Allied Powers. Alan Turing’s achievements were celebrated in the film ‘The Imitation Game’ and Turing as played by Benedict Cumberbatch.

Related article: LGBTQ+ Representation in Film/TV: From The First Romantic Film in 1919 Based On A Gay Love Story To Where We Must Go

Turing was obsessed with the idea of creating “life” through machinery. He’s famous for posing the question, “Can machines think?”. After the war, Turing continued pioneering in the field of cognitive science which led to him becoming the father of AI, a technology that impacts almost every facet of life in modern-day. Yes, digital computers and AI: Turing was essentially a wizard of technology.

But unfortunately, his name is seldom spoken in modern-day. This is because, in 1952, he was imprisoned on the grounds of “gross indecency” which was Britain’s way of making arresting people for being gay sound legal. Now that he had a criminal record, no one would hire him and his research came to a halt. He was given the option to either go to prison or be chemically castrated with DES. He chose the latter.

In 1954, Turing was found dead at his home due to cyanide inhalation. An investigation was conducted and it was determined that his death was accidental. Still, some experts are not sure. It seems strange that a man went through forced conversion therapy without any lingering mental-health-related side effects but those close to Turing claimed this to be the case. The fact is, we just don’t know. What we do know is that it would have been a lot safer if Turing had been working out of a professional laboratory instead of his makeshift home laboratory. But he was shunned from professional lab work because of his criminal record.

In 2009, British programmer John Graham-Cumming, started a petition to urge the British government to apologize for Turing’s prosecution for simply being gay. After receiving more than 30,000 signatures, British Prime Minister Gordon Brown publicly apologized through a statement and called the treatment of Turing as ‘appalling’.

PM Brown stated, ‘Thousands of people have come together to demand justice for Alan Turing and recognition of the appalling way he was treated. While Turing was dealt with under the law of the time and we can’t put the clock back, his treatment was of course utterly unfair and I am pleased to have the chance to say how deeply sorry I and we all are for what happened to him … So on behalf of the British government, and all those who live freely thanks to Alan’s work I am very proud to say: we’re sorry, you deserved so much better.”

In December 2011, William Jones and his MP John Leech started a petition to request the British government to grant a posthumous pardon to Turing for his wrongful conviction. After being rejected multiple times, despite receiving support from notables such as Stephen Hawking, John Leech continued to campaign even though their efforts were delayed. In December 2013, the government elected to proceed under the royal prerogative of mercy and Queen Elizabeth II signed the pardon to erase the wrongful conviction placed on our hero Alan Turing. The Queen’s personal pardon is only the fourth royal pardon since the end of the Second World War.

Legacy: why we owe credit for much of modern life to Alan Turing

Many things we take for granted nowadays: computers, cell phones, calculators, would not have been possible without the research of Alan Turing. He was a genius pioneer who unfortunately was cut down in his prime because of wrongful and evil behavior known as homophobia. Imagine how much more he could have done if the British judicial system had not made him a public disgrace. Alan Turing was a tragic casualty of cultural cruelty, bigotry and man-made legalities. Though he is now dead, his legacy lives on through almost every facet of modern life. And if we continue to tell of his accomplishments, his story will live on too.

We, at Hollywood Insider, would like to thank our hero Alan Turing, and we will always appreciate and remember you.