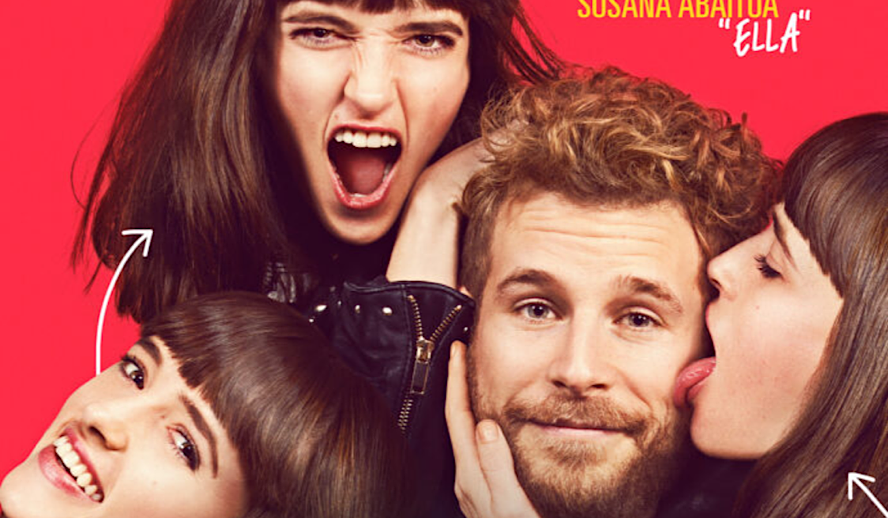 ‘Crazy About Her’ is a new Spanish romantic comedy now streaming on Netflix. It follows a young man named Adri who commits himself to a mental institution after spending a fantastical night with the eclectic Carla and learning that she is living in the facility. After she rejects his romantic proposal, he shifts his focus to the community at the hospital, where he finds himself now stuck as a legitimate patient. As he becomes acclimated with an oddball friend group, he begins to help them with their own struggles, while fostering a friendship with Carla that becomes romantic later on in the film. However, that romance is on her terms.

If you take a look at the Netflix poster for ‘Crazy About Her,’ you’ll see a vivid spread saturated with zany expressions from Adri and Clara, giving the impression that the movie is a fun-filled romantic comedy. However, while the film does have great moments of adventure and humor, Netflix is quite honestly underselling the rigor of the film. In fact, ‘Crazy About Her’ is an empathetic venture into exploring mental health and relationships – both romantic and platonic. Coupled with witty writing and a great cast, it’s all-around an enjoyable film to watch.

‘Crazy About Her’ – A Likeable Protagonist We Can Root For

Adri (Álvaro Cervantes) is a young man who approaches life with an “anything is possible if you try” mantra – making him a bit of an elitist at the beginning of the film. This is seen in extreme practice when he becomes a patient at the mental institution, just to get closer to Carla (Susana Abaitua). As a woman, this is quite unnerving behavior and understandable concern. Why would we like this man? Is he yet another man with Nice Guy Syndrome? Luckily, the film quickly corrects itself and actually forms Adri into a likable protagonist we can root for. While he clearly goes too far in the beginning, he quickly realizes his mistake and makes sure to give Carla her own space at the hospital, never pushing her boundaries. Instead, he seeks to form friendships with the rest of the patients there, trying to help them through their own struggles. This is a fairly quick correction that happens early on in the beginning of the film, so he quickly becomes a likeable character.

In fact, Adri actually becomes a quite understated protagonist; the film is less about him and more about the other patients who are clearly going through worse things. This is definitely something to appreciate and makes the film feel far more authentic and genuine in its exploration of mental health. In many scenes, Adri is simply a helper or observer – a quiet presence off to the side. Essentially, he becomes the perspective that the audience takes and serves as the vehicle through which we learn about these important issues. Álvaro Cervantes, who plays Adri, should absolutely be praised for this understated but effective performance. In a way, Adri’s own initial inappropriate actions mirror society’s treatment of mental health itself; unfortunately, serious mental health conditions can be easily trivialized by individuals without personal experience. The way that non-affected individuals approach mental health issues can also be inept and invasive.

While the conceit of the film may seem concerning at first, ‘Crazy About Her’ actually handles mental health in an extremely respectful and honest way. Even though the film is comedic, it never uses mental illnesses as the butt of jokes, allowing humor to show itself in smarter and more tasteful ways. In fact, the film can be better categorized as a Dramedy, as it takes issues of mental health very seriously.

The biggest takeaway from the film is that mental illnesses cannot simply be “fixed” in the way someone w/o those illnesses believe they can be. As a nurse says in the film, most people want to help their loved ones and think they know-how, but they don’t. Adri spends most of the film with the mentality that “anything is possible if you put your mind to it,” but that simply isn’t the case for people struggling with serious mental disorders (some of the ones explored being Bipolar Disorder, Tourette’s Syndrome, Schizophrenia, and OCD). These struggles are often lifelong and not easily overcome; sometimes, it’s healthier to figure out how to live with them in a healthy way, rather than trying to rid them altogether.

In this way, ‘Crazy About Her’ provides a more authentic take on mental health than most films – which like to have happy endings. In real life, serious mental health conditions aren’t things that can magically disappear because of love or sheer will; it takes a lot of work. The film specifically highlights how that dynamic should function in a relationship; you can’t spend time trying to change or heal someone, you need to love them for who they are. At one point in the film, someone says, “the toughest thing about being mentally ill is that others want you to pretend that you’re not,” which couldn’t ring truer. In this way, ‘Crazy About Her’ succeeds in giving visibility to those with mental health conditions. It’s a breath of fresh air, considering the current controversy around Sia’s new film, ‘Music.’

A Heartening Display of Humanism and Empathy

In line with the poster, ‘Crazy About Her’ does start out with a very flashy and vivid opening sequence, but quickly transitions into a more humanist, realist film as we move into the mental hospital and out of fantasy. Stylistically, this is punctuated by a light cinema verité style using a handheld camera and a more muted palette.

At its heart, ‘Crazy About Her’ is a very humanist film, more about platonic relationships than romance. Though Adri commits himself to the mental hospital to pursue Carla, as soon as she says she isn’t interested, he backs off. The film then refocuses on Adri’s growing friendships with the other patients, as he gets adjusted to the hospital and its community. We follow a core friend group of Adri, his roommate Saul (Luis Zahera), Carla, and two other patients, Marta (Aixa Villagrán) and Victor (Nil Cardoner). They’re a bit of an oddball group, contributing a lot of witty humor and dialogue to the film.

As the film progresses, the story becomes as much about their goals as Adri’s, and we get to follow them as they overcome their obstacles and experience great moments of victory and catharsis. For example, Marta has an enormous crush on Victor but is too insecure to confess her feelings due to her Tourette’s Syndrome, meaning she is susceptible to various tics and involuntary movements. Saul, who’s diagnosed with paranoia and schizophrenia, wants a relationship with his youngest daughter, who is under the impression that he’s at the mental hospital as a doctor, not a patient. These goals are layered with emotional, relatable scenes; as an audience, it’s very easy to care for these characters and be on their side.

Overall, this is a film about people helping one another and forming a sense of community, even when you come from different backgrounds and have different struggles. Eventually, Adri and Carla are brought together romantically, but it’s only after they become close and trustworthy friends. This is one of the reasons why ‘Crazy About Her’ would be a great film to watch in COVID-19. It’s a reminder to look out for the people around you.