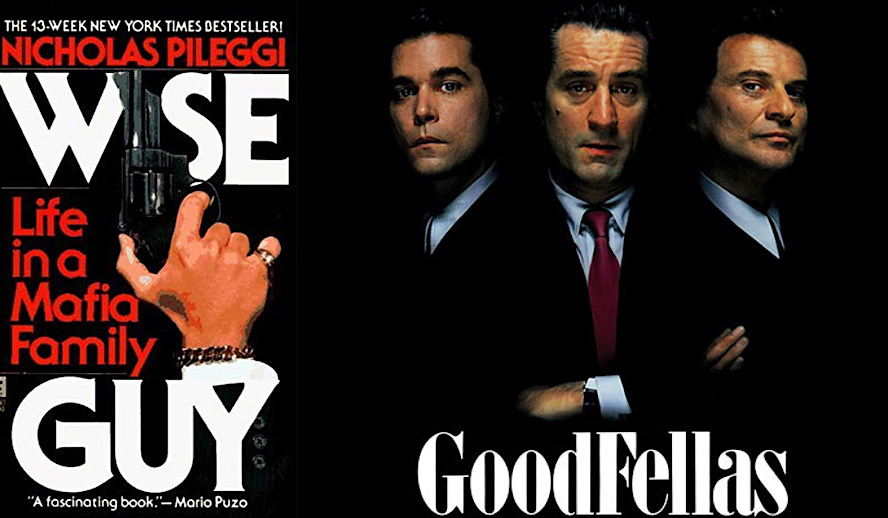 Many movies are made based on material from another medium. The Oscars recognize the writing behind this type of film each year with the Best Adapted Screenplay category. Mostly, the movies highlighted in this category stem from adaptations of popular novels and plays. However, another medium of writing that is adapted in film less frequently but is worthy of being highlighted is the nonfiction genre in literature.

Nonfiction in literature can be categorized as prose writing that is based on facts. This can take form in many different sub-genres like biographies, histories, or even cooking. The movies that get made based on nonfiction works tend to pull from the first two sub-genres, but the adaptations themselves cover a wide variety of stories based on fact.

Related article: 10 Biopics That Show the Best of Humanity and Warn Against the Worst

The list below aims to highlight some of the best films based on nonfiction works. These films depict how stories rooted in our everyday world can be just as engaging and inspiring as fiction.

‘The Imitation Game’ is based on Alan Turing: The Enigma by Andrew Hodges. The book is a biography of the British mathematician, codebreaker, and early computer scientist, Alan Turing. The film, ‘The Imitation Game,’ focuses on the period in Turing’s life where he took part in a secret military operation to break the German coding machine, Enigma. His efforts helped turn the tide against the Nazis in World War II.

The five-time Oscar-winning film ‘The French Connection’ is based on a nonfiction book covering a famous international drug trafficking scheme. The movie follows a pair of New York City cops as they stumble upon a drug-smuggling operation and attempt to bring those involved to justice. Like ‘The Imitation Game,’ ‘The French Connection’ won the Oscar for Best Adapted Screenplay. It also won Best Picture.

From the other side of the legal line is the film ‘Goodfellas.’ Martin Scorsese directed this masterpiece, chronicling the life of mobster Henry Hill and his role in the Italian-American crime syndicate. The film is based on the nonfiction book, Wiseguy: Life in a Mafia Family by reporter Nicholas Pileggi. ‘Goodfellas’ was nominated for five Oscars and only won one, but it is arguably the best crime film in movie history.

Twelve Years a Slave is an 1853 memoir by American Solomon Northup told to and edited by an American lawyer, writer, and politician, David Wilson. The memoir details Northup’s experience as a free man tricked into going to Washington D.C., where he was kidnapped and sold into slavery in the South. The film ‘12 Years a Slave’ recounts the memoir and the twelve years Northup spent in Louisiana as a slave before getting word to his family in the North.

Lost Moon is the source material for Ron Howard’s ‘Apollo 13.’ The nonfiction book was written by astronaut Jim Lovell and journalist Jeffrey Kluger about Lovell’s second mission in space. ‘Apollo 13’ captures the story of Lovell and his crew as their spacecraft experiences massive internal damage, putting the lives of the astronauts in jeopardy and forcing NASA to improvise a way to bring the crew home safely.

‘Lion’ was nominated for six Oscars, including Best Adapted Screenplay. The screenplay was based on the nonfiction book A Long Way Home by businessman Saroo Brierley. This autobiographical work covered three decades of Brierley’s life, recounting the time spent as a lost child in rural India, being adopted by a wealthy Australian family, and searching for his native family later in his life.

‘The Motorcycle Diaries’ is based on two different works about the life of Ernesto “Che” Guevara. One of the books is the memoir of Ernesto Guevara that recounts his journey as a 23-year-old with his friend Alberto as they travel across South America on a motorcycle. The movie depicts Guevara as a medical student on a trip that includes a vast array of experiences, including incidents of social injustice that shaped his later life.

An encephalitis epidemic “sleepy sickness” in the 1920s caused several victims to become catatonic. ‘Awakenings’ recounts the story of a doctor, played by Robin Williams, and the hope a new drug brings his patients in reviving them. Robert De Niro plays one of the patients, and the relationship between his character and Williams’s is a powerful combination on the screen. The film is based on Oliver Sacks’s book of the same name.

‘The Last Emperor’ won nine Oscars at the 1988 Academy Awards, including Best Picture and Best Writing – Screenplay Based on Material from Another Medium. The film’s screenplay was based on the autobiography From Emperor to Citizen: The Autobiography of Aisin-Gioro Pu Yi by Puyi. The film recounts the story of the final Emperor of China.

And to conclude the list in the 21st century is ‘The Social Network.’ The David Fincher-directed film from the Aaron Sorkin screenplay is based on the nonfiction book The Accidental Billionaires. The film follows Facebook founder Mark Zuckerberg from his days as a Harvard student creating a social networking site and the subsequent lawsuits by fellow students who claim he stole their idea and his best friend who was squeezed out of the business.

This list aims to introduce readers to films that portray real people and real events. Many of these films are uplifting tales or recount important stories in history. All of the movies above were nominated or won the Academy Award for Best Adapted Screenplay. The honorable mentions are another ten films that could have easily made the main list. The list itself is not a top ten but is just a sample of the many movies that fall under the category of films based on nonfiction material.

With many films today being remade, rebooted, or subject to numerous sequels, it is nice to be reminded of the countless stories that have roots in the real world. They are great examples of the incredible events that happen all around us. Hopefully, the lists above will give readers a jumping-off point for the many films that capture this sentiment.