An Analysis of Ben Hardy as Roger Taylor in ‘Bohemian Rhapsody’ 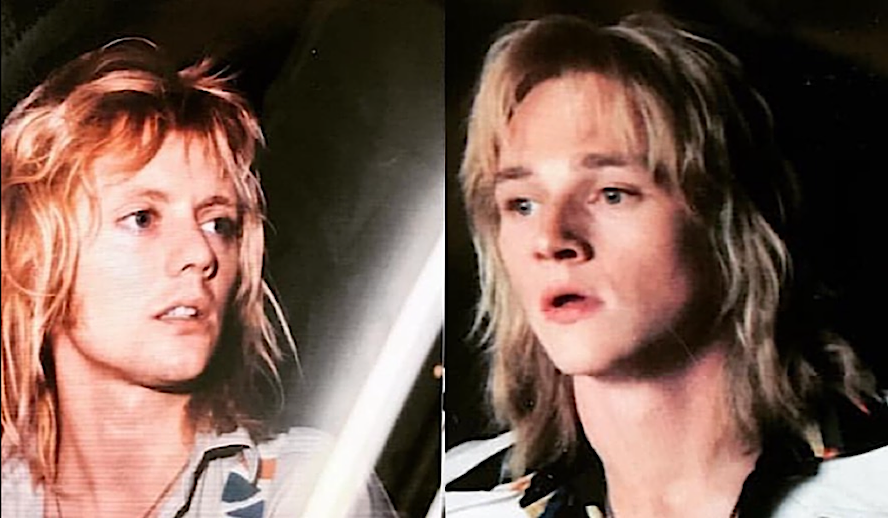 Bohemian Rhapsody was 2018’s musical biopic fit for a Queen. While Rami Malek’s Oscar-winning portrayal of Freddie Mercury has been widely praised, Ben Hardy’ as Roger Taylor was a masterful emulation that deserves an encore, perhaps even a drum solo. His histrionics earned a SAG Award nomination for Outstanding Performance by a Cast in a Motion Picture. While he didn’t manage to drum up the win, his take on Roger Taylor reverberated so strongly, it’s still at the forefront of our minds two years later.

The film focuses on the birth of the iconic band, riding the ebb and flow of their rise to fame leading up to their performance at Live Aid in 1985. The film follows the classic Queen lineup of Freddie Mercury, Brian May, Roger Taylor and John Deacon. All performances in the film were phenomenal, but Ben Hardy seemed to rise to the beat of his own drum, creating a chest-pounding frequency from the energy that bursts from his performance as Roger Taylor.

Where the Land Meets Mercury

When actors take on the challenge of becoming a real person rather than a fictitious character, it is usually either a home run or an epic fail. Ben Hardy’s portrayal of the iconic Queen drummer emulsifies two entities into one. The actor and character he performed seemed to blend in perfect harmony. Ben Hardy brought such authentic acting to the story that the audience could easily perceive the illusion of a young Roger Taylor. Submersed in the on-screen scene created by Freddie Mercury’s captivating orbit, audiences gravitated to the exhilarating, whimsical world of one of the world’s most recognizable musical acts.

It is often said that the drummer never gets the recognition he deserves, but Ben Hardy’s imagination of Taylor directed the spotlight away from center stage, instead directing the audience’s attention to the Ludwig Classic Maple Drum Kit at the back of the stage. Interestingly, Hardy didn’t know how to play drums prior to his audition, stating, “‘I was a little bit naughty, actually – I told them I could play the drums when I couldn’t.”

This exaggeration led to daily drum lessons in order to “pull off one song.” A strategic altering of facts is what one may call Ben’s statement, which ultimately leads to his 13-song drum repertoire for the film. The self-admitted lack of drumming skills evolved into an astonishing execution of some of the most recognizable beats of all time. During his research for this iconic role, he had the opportunity to meet the real Roger Taylor and received a drum lesson from him at Abbey Road Studios.

Related article: FACT-CHECKED Series: Ben Hardy And 10 Things You Might Not Know About This Bohemian Rhapsody Star

Understanding the mannerisms of Taylor was also a priority for the star. “I watched everything. In terms of character, there is a really interesting interview with him and Brian in 1982 or 1984 in Austria. It is really interesting because you can see the relationship between him and Brian. There’s a bit of friction there as well but also there’s respect and there are a lot of idiosyncratic movements that he does, little nervous tics and things like that… It is about trying to decode that.” Method acting at its finest, and the results shine vividly in the film.

Related article: A Tribute To Freddie Mercury – A Hero That Dared To Be Himself
Understanding small distinctions in the character you are trying to portray is seen as a skillful art in acting and creates a strong foundation to bring the character to life. Imagine how intimidating it must be to portray a legendary rock icon on the big screen, assuming full well that said legend will be watching your every move? Talk about being Under Pressure! The strive to exude an accurate depiction could be too heavy, but if that was true here, consider us fooled.

It was clear Hardy was attached to the role, displaying emotion and reacting so smoothly at the circumstances of the character. Viewers were able to seamlessly step from the outside world into the life and travesties that befell Queen. From watching the film, it is very clear that Queen as a unit operated like a fine-tuned whistle when they were simpatico.

When disputes arose between the members, specifically Freddie vs. the band, Roger Taylor didn’t seem to show apprehension while confronting issues at face value. Numerous times throughout the film, Taylor confronted Mercury on his aversion to punctuality and etiquette. He even had choice words for Freddie’s famous facial grooming, commenting that his moustache was “gayer” when asked his opinion. Speaking of hair, how about the unintended sex appeal of Hardy’s shaggy, sun-kissed mane? All in favor of him incorporating the wavy, untamed golden locks into his daily life, we support you.

Bohemian Rhapsody was far too perfect for anyone to attempt a sequel. But, perhaps, a spin-off on Roger Taylor’s life with Ben Hardy portraying the drummer once again? Crossing our fingers, but Roger Taylor might say, “how many more Galileo’s do you want?” Truth be told, I Want It All!