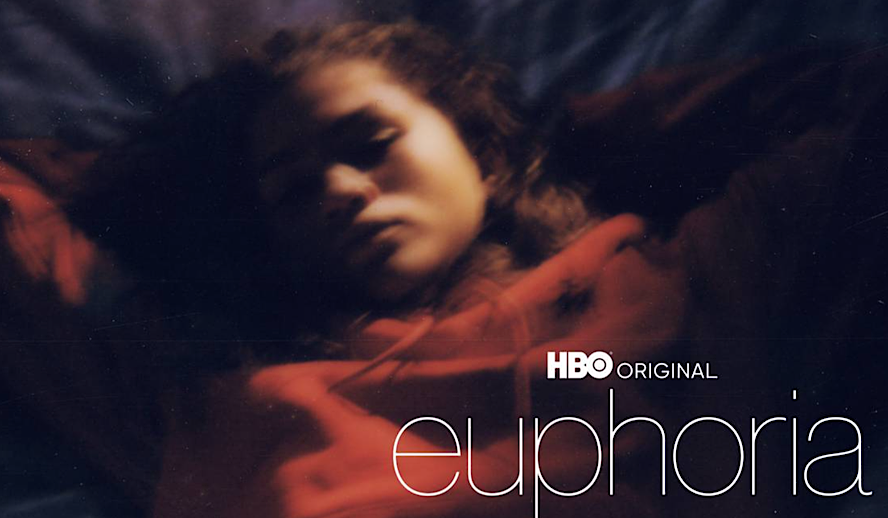 Zendaya and Colman Domingo give humanistic performances as Rue and Ali

To say that the new episode of Euphoria is different than the rest of the series would be an understatement. Part 1 of the Christmas special follows drug addict Rue and her sponsor, Ali as they discuss everything from religion to the commercialization of civil rights. The episode throws all previous identifying aspects of the show out the window, mostly due to the restrictions set by Covid-19 around film production. With this episode, in particular, Euphoria not only succeeds at creating content in the midst of a worldwide pandemic but also at reframing the show to center around reflection.

Season 1 of Euphoria was a whirlwind. The show’s visual style was defined by neon-colored lighting, copious amounts of camera movement, and a mostly ensemble cast. With this special episode known only as “Rue”, the show subverts all previous expectations set by Season 1 through a return to simplicity. Without the fancy camera movements, the colorful sets, and the various storylines happening synchronously, is Euphoria still good? The answer is yes, thousand times yes.

Firstly, in opposition to the large cast of characters introduced in its first season, “Rue” opts for a more traditional approach, focusing exclusively on Rue and her sponsor, Ali. In total, the special is an hour-long, which inherently puts a lot of pressure on actors Zendaya and Colman Domingo to perform well. Each actor speaks about the topics at hand with a special passion that inspires viewers from the get-go. Domingo delivers frequent monologues with raw, genuine emotion that seems to pull directly from his own life. His performance is laden with anguish, but underlining that anguish is hope for the future. He exemplifies the toll that addiction takes on a person’s life through only his facial expressions, showing his frustration or disappointment without verbally acknowledging it. Each time he speaks, the audience is on the edge of their seat, awaiting the infinite wisdom that Domingo has collected through his life experience.

Right across from Domingo is Zendaya, whose performance is rooted in subtlety, something rare for her normally-dramatic portrayal of Rue. In the first few minutes, it’s clear that Rue has been using again, but, this time, the effects of the drugs are shown in full force. The subtleties of “being high” are usually captured improperly by Hollywood as the film industry oftentimes overextends the symptoms to add heightened drama to their depictions of drug addiction.

Here, however, that is not the case. Rue never falls over or passes out or is unable to hold her head upright. Instead, Zendaya chooses to perform as a “functioning” drug addict, someone who seems a little off, but no more. She talks slower and seems to say the same things twice in a row; she believably exhibits the dreamlike state that most opiates create. Zendaya brings nuances to the role in the form of unexplained silences and lack of eye contact. Overall, her performance as Rue is impeccable. The detail with which Zendaya plays such a complex character is simply deafening.

The producers highlight the actors’ incredibly compelling performances through slow-paced cinematography, exemplifying a departure from the visual style of Season 1. Season 1 was characterized by quick zoom-ins, creative angles, and flashy whip-pans. In contrast, “Rue” features relatively simple cinematography, with almost the entire hour-long episode existing in shot-reverse-shots. There’s still room for creativity and camera movements, but the creators make a clear decision to use these shots sparingly. For example, the midpoint of the episode is defined by the long dolly-shots, unique camera positioning, and neon lights that we have come to recognize as synonymous with the show itself.

After the midpoint, there’s a return to the shot-reverse-shot style, but this time it is from a different perspective, signifying a break in the scene. Coupled with intense performances from Zendaya and Domingo, this simplistic cinematography emphasizes the emotions of the characters, allowing the audience to hang on their every word. This, in and of itself, represents my favorite aspect of the new special episode: how each stylistic choice (cinematography, soundtrack, etc.) highlights the conversations that the characters are having and works in tandem with the dialogue to make each account that much more compelling.

I mentioned the soundtrack above, and I’d like to return to that briefly as an example of how the show succeeds. There’s only one song featured in the episode and it plays during the midpoint, accentuating the pause in dialogue. The rest of the episode is focused on the words that the characters say to each other, their dialogue, and the meaning behind it. This is a textbook-perfect example of how silence can sometimes be more poignant than a swelling accompaniment. Here, the silence underlines the characters’ inner feelings, representing the deep nothingness that Rue seems to feel as she sits in the diner with Ali. Once again, it works in tandem with the narrative purpose of the episode, which is to explore the realities of drug addiction.

Worth a Watch Not Only for Fans of the Show, But Also Those Searching for Realistic Depictions of Drug Addiction

Though very different from the first season of the show, “Rue” builds a compelling portrait of addiction through its visual style and acting. This may be an attempt to address concerns that the first season of Euphoria glamourizes drug addiction, by stripping away the fancy angles and shots to reveal the shards that drugs leave in their wake. It is raw, real, but, most of all, powerful in its portrayal of the process of recovery. The conversations that Rue and Ali have are heartbreaking, but they feel honest. Rue’s immaturity is often brushed aside by Ali, who, in turn, shares his wisdom and accumulated life experience with her.

Related article: Drugs and Alcohol: Preventative Measures and Help Must Be Provided to Young Stars from the Start of Their Career

Related article: The War On Drugs & The Portrayal of An Anti-Drug Abuse Message: Entertainment Industry Edition

Her naivete represents a dangerous attitude that has become popular amongst the younger generations: give up, what’s the point? Almost as if speaking to the audience themselves, the screenwriters use this episode as an opportunity to communicate their message of hope and perseverance in times of hardship. Overall, though this episode is slow-paced, dialogue-focused, and lacks the same glamour as the first season, it reveals a much more intimate picture of Rue. The simplistic visual style is not a weakness, it’s a strength that serves to amplify the raw emotions of the characters on the show.