Oscar Buzz: ‘Minari’ is an Incredible Portrait of the Korean-American Experience 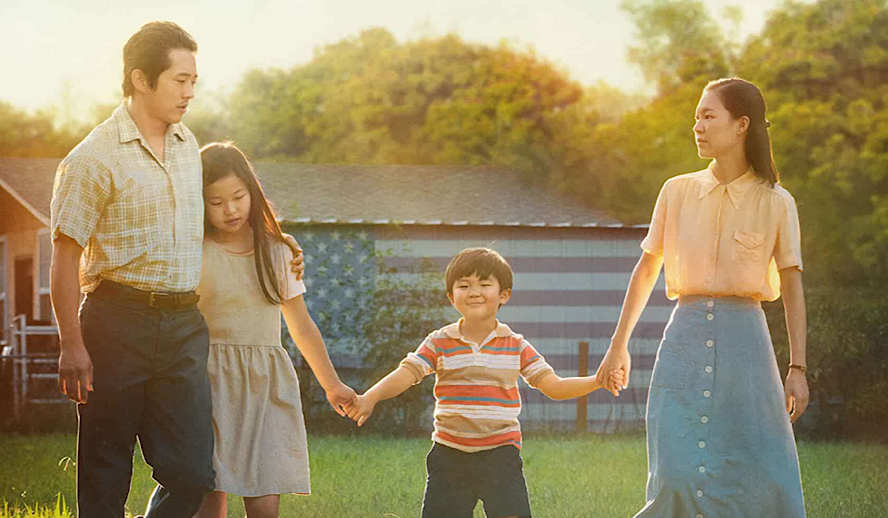 ‘Minari’ is a film about the 1980s frontier, when Reaganomics was in full swing and the American Dream was seemingly attainable through the sweat of one’s own brow. Of course, by “frontier,” I don’t mean the West, which has long been stolen away–I mean America, as perceived by those huddled masses who come to forge a new path at the expense of their homeland, people, and culture.

‘Minari’ follows one such family of dream-chasers, the Korean-American Yi family, as they move away from California to start a new life in rural Arkansas. Led by compelling performances and insightful direction by Lee Isaac Chung, who also wrote the film based loosely on his own childhood, there are few films that capture as beautifully and honestly the various struggles of an immigrant family. It all comes together to form a bittersweet portrait of the American Dream that ends up resonating deeply not only with my own identity as a Korean-American, but with anybody who has ever wished for a better life to spend in peace with their loved ones.

Related article: The Rise of South Korean Cinema: A Brief History of the Country’s Excellent Film Industry, What to Watch After ‘Parasite’

The film opens with the Yi family, which consists of Jacob (Steven Yeun), Monica (Yeri Han), David (Alan Kim), and Anne (Noel Kate Cho), arriving at their new rural Arkansas homestead, having just left California. Monica is immediately discontent by their new house, which is more of a trailer on wheels, as well as their social isolation and the poor accommodations of their rural environment.

Jacob and Monica work as chick sexers, the same employment they held back in California, and we’re shown that Jacob is very good at it–however, that’s not the life he wants to live. It becomes clear that the decision to move was mostly on him, whose dream is to escape a lifetime of chick sexing by farming.

Monica would rather move back to California and live in relative comfort, particularly because of young David’s heart problem–in Arkansas, their nearest hospital is an hour away. Daily, the children listen meekly as their parents argue bitterly, once writing “don’t fight” on a paper airplane and throwing it between them to no avail. Their marriage, like their financial stability, is on the rocks.

Jacob begins sinking money into establishing a farm, on which he plans to grow Korean vegetables. He’s offered services by a water diviner, but refuses and seeks water on his own intuition. He meets Paul (Will Patton), an oddball Korean War veteran and devout Christian who ends up helping out around the farm, while Jacob and Monica continue working as chick sexers to get by.

Partway through the film, we’re introduced to Soonja (Yuh-jung Youn), Monica’s mother. She arrives from Korea to help watch the kids, bringing a carefree, irreverent attitude and various Korean foods and sundries.

Her relationship with her grandson David is one of the film’s highlights. He’s not only resistant to her Korean affectations, but rejects her on the grounds that she isn’t like a “real grandmother”–she doesn’t know how to cook or bake cookies, has a bit of a potty mouth, and seems to enjoy gambling more than anything. She introduces him to “hanyak,” traditional Korean medicine, which is notorious for its noisome odor–Monica insists he drinks a bowl every day, much to his chagrin.

Still, she slowly wins him over with her continued affection. She teaches David “hwatu,” a classic Korean card game, and together they enjoy “the healthy water that comes from the Mountains,” Mountain Dew. She takes him to the nearby creek where she plants “minari” seeds brought from Korea, minari being like Korean cilantro. She teaches him that minari is a useful, nutritious herb and a resilient plant, capable of growing and flourishing almost anywhere.

To me, Yuh-jung Youn is an old, familiar face–one of Korea’s most recognizable actresses, I watched her in a myriad of Korean movies and TV shows growing up. In ‘Minari’, she’s not only the perfect fish out of water, but conveys all the love and joy of an unconventional Korean grandmother. She’s a true delight, and it speaks to the performance of her peers that she doesn’t singlehandedly steal the show.

Steven Yeun is captivating as Jacob, the prideful man who puts it on himself to provide for his family, ultimately losing sight of what’s important. It’s particularly impressive because, for the majority of the film, he speaks in Korean. You may think nothing of that fact, considering his ethnic background–I’ve heard Yeun speak Korean before, and he’s always had a distinct American accent.

To play the role of the Korean-born immigrant Jacob, Yeun has nearly eliminated any trace of his American accent. Even in moments when it’s more apparent, Yeun embodies the role and speaks so naturalistically from an internalized understanding of the character that it’s not an issue.

Yeri Han, also an established Korean actress, is excellent as Monica. She’s deeply discontent, not only due to the living conditions in which she finds herself, but due to an increasingly loveless marriage and a profound cultural and social isolation.

Also noteworthy is Will Patton, who disappears into the role of Paul. Finally, Alan Kim, who plays little David, captures the shy uncertainty of a child who doesn’t really belong, and his existential awakening takes us back to our own childhoods.

As a Korean-American, it’s surreal to see the familiar quirks of my culture that have largely been absent from cinema–‘Minari’ is a perfect representation of what it is to be yellow in a white world.

In one scene, where the family attends the local church for the first time, the children experience what I would describe as the most innocent, cheeky racism I’ve yet seen on film–a well-intentioned girl approaches Anne and marvels at her exoticism. She asks Anne to stop her when she says something in her language, and then proceeds to say, “ching chong ling long….” Separately, a boy approaches David and bluntly asks, “why is your face so flat?”

It’s the kind of racism that one experiences in the same way that anybody marvels at something new and different, the kind that’s more difficult to be upset about than prejudice fuelled by hate. It’s an accurate and nuanced representation of what it’s like to be Asian-American.

Additionally, the film simply reeks of authenticity. Production designer Yong Ok Lee effortlessly captures the quirks that come with being Korean-American–Jacob showering with a “bagaji,” for instance.

These are but my personal connections to the film that resonate, but ‘Minari’ is a story that everyone can love. It’s wonderfully bittersweet, valuable in its honesty, and a breakthrough in Asian-American representation.