Actors Who Sing: Wait, They Can Sing? 7 Actors You Didn’t Know Made Music 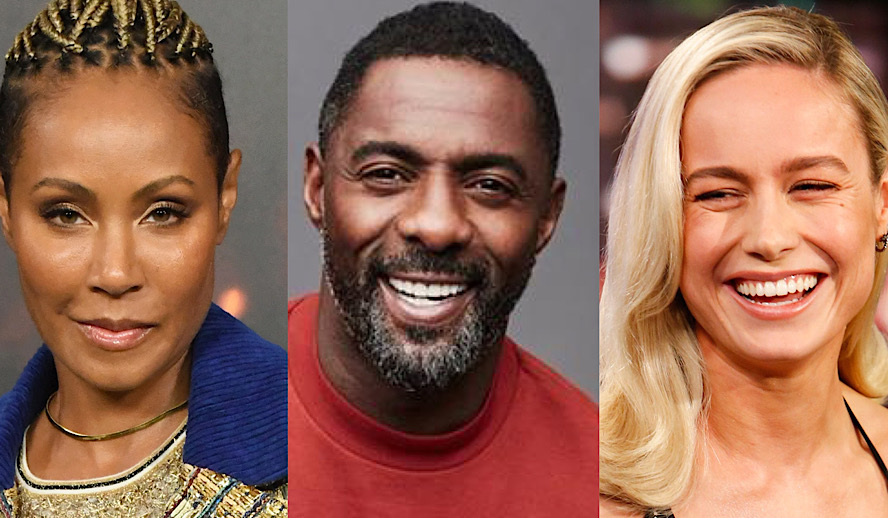 Sometimes we forget that actors live lives outside of our living room TV screens. Some of the best actors are so great because of how well they’re tuned into their sense of artistry, so why wouldn’t they apply their art to other areas? Here are seven actors who have used their artistic ability in the form of sweet music.

The Captain Marvel star hasn’t always been in feature films. Before her Oscar for Room, the talent had a start in the music industry. A quick YouTube search will unscathe a whole different world of Brie Larson content. She was quite the musical hit in 2009, seven years before her Academy Award and cultural consideration as a serious and high-quality performer.

With her song “She Said” earning over 3 million views on the video platform, and gaining radio attention after its release, Brie Larson was no stranger to the public eye by the time the world understood her as a professional actress.

A click to Idris Elba’s Spotify will open unsuspected viewers to a whirlwind of surprises. Not only does Idris make music, but he’s been making it since 2014! When I first found this out, I was mad nobody had ever told me that Elba was constantly making hits. He makes some very fresh club music with beats that get any crowd jumping. His most popular song with over three million plays on Spotify is “Ballie”.

The movie star has even performed at Coachella—his multifacetedness is truly something to behold. Imagine attending Coachella (which some may consider one of the pinnacles of success in the music career) as a side gig while you’re in between blockbuster pictures. If you enjoy electronic or house music, Idris Elba certainly has a track in his discography for you.

The Arrested Development star has always found his niche in his precious awkwardness. But when it comes to his music, Michael Cera seems to find a groundedness in his music-making that you just don’t typically see in his quirky characters on screen. Don’t get me wrong, his eccentric nature bleeds through the speakers on his album ‘True That’, but it’s songs like “Clay Pigeons” off the album that show a much more serious and circumspective Cera than most fans are used to. His debut album was released in 2014, but since he’s released a single in 2017. Despite his lack of consistency with releasing music, he still manages to accumulate over 100,000 monthly listeners on Spotify.

It seems the entire Smith family has partaken in music at some point in their careers. With Willow and Jaden consistently producing and making high-quality music, it’s only logical that they must have gotten their gifts from somewhere! With Will Smith having a very famous rap career before his acting career took off, Jada Pinkett Smith is just like her family in that she loved music. But what you might be surprised at, is that unlike rap or soulful music, Jada Pinkett Smith is a fan of heavy metal.

That’s right, you read that line correctly; Jada Pinkett Smith loves heavy metal! The band that she’s in is called Wicked Wisdom and it’s her personal outlet for the thing she loves. It’s crazy how closed off our society can be to Black people (especially Black women) venturing off into music genres other than what’s expected of us. As we move forward in our understanding of what music can be for us as a society and culture, it’s vital that we move like Jada Pinkett Smith and embrace what music we truthfully resonate with.

It makes total sense that the daughter of music legend Lenny Kravitz would have a musical bone in her body. And the High Fidelity star truly knows what she’s doing artistically as her performance quality is only matched by her vocal and musical prowess. With her cover of Elvis Presley’s song ‘Don’t’ appearing on the Big Little Lies soundtrack, Zoe Kravitz has found the perfect balance between her acting and music. Under the alias Lolawolf, Kravitz has a litany of music to offer. She even released an album this year titled ‘Tenderness’, featuring seven songs all detailing the highs and lows of love and freedom. Zoe Kravitz is an artist in the truest sense of the word and it really shows in her music.

Potentially the most known for his music, the 13 Reasons Why star is a part of a highly popular band named Wallows. While this band accumulates over 8 million monthly Spotify listeners, it’s not one of those bands that has gotten big necessarily because of who’s in it and I’ve encountered plenty of people who have yet to put the name Dylan Minette to the angsty alternative band. It’s Wallow’s quality of music that makes them appealing to their audience of teenagers. Dylan Minnette being at the intersection of 13 Reasons Why fame and Wallows’ success makes him a contender for one of the few new actors that find longevity in their music and their acting both.

Most known for playing Dustin Henderson on the Netflix cultural sensation Stranger Things, what most don’t know is that Gaten Matarazzo did Broadway before landing his big break on the screen. Matarazzo played Gavroche in the 2014 rendition of Les Misérables on Broadway and that propelled him to his current position in the limelight. I suppose all that singing on stage will inspire you to continue down a path of music because Matarazzo is currently in a rock band! In 2019, they released two singles, one called ‘Dream Eater’, the other ‘Waste My Time’. If you’re a fan of Stranger Things, listening to his music will give you a whole new perspective and appreciation for his work as you come to understand that he is a full person, not just a character he plays at our disposal.