Oscars for Superhero Movies: Why Do Movies Like Spider-Man Never Win Academy Awards? 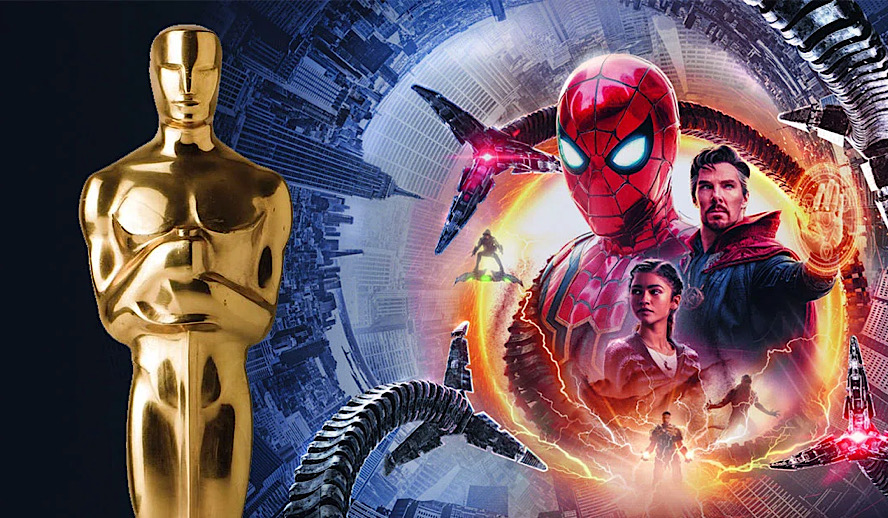 As a staple of today’s ongoing pop culture, superhero movies are box office hits that are continuing to thrive and entertain a diversity of audiences. With the recent releases of ‘Spider-Man: No Way Home’ and ‘The Batman,’ such nostalgic stories are capturing hearts with their star-studded casts and action pact storylines.  From Marvel to DC, their stories are fan favorites that have become pivotal pieces in our culture. Significant characters from Iron Man to Wonder Woman have played the part of role models that continue to inspire both children and adults.

They are currently mainstream films that the general public and fans alike still enjoy. Although this niche genre of storytelling is widely liked and is constantly earning millions, we pose the question: why do superhero movies never win Oscars? As new releases are constantly gaining popularity, the debate about the Oscars is constantly questioned as superhero movies are often overlooked by the Academy. It forces us, as moviegoers, to examine the artistry of what cinema is and the nobility of these award shows.

Oscars for Superhero Movies: What Makes A Movie Oscar Worthy?

The Oscars have a particular criteria that qualify movies to be eligible for a nomination.  From the submission of credentials to having the film screened in the Los Angeles area, the eligibility process follows a formula that puts films on this platform. With around 8000 members part of The Academy, they are given ballots that allow them to nominate a variety of films. Marvel or DC movies can reach high box office numbers and are evidently qualified to be eligible for this award, but they are almost never nominated for best picture, writing, directing, and actor or actress.

Though they are oftentimes nominated for categories such as visual effects, they are overlooked in the major categories. Historically, most sci-fi or action movies are not commonly recognized by the Oscars. There is an apparent theme when it comes to the films they nominate for best picture. A lot of the movies that are deemed Oscar-caliber are critical movies that tend to explore reality, history, and/or drama.

What exactly makes superhero films so different from the ones that win on Oscar night?

There is a stigma surrounding Marvel and DC films as they are criticized as “cookie-cutter” stories that have no originality, some may even say they are repetitive. In an interview with the president of Marvel Studios, Kevin Feige comments “I think we are always at a deficit because of the Marvel logo and because of a genre bias that certainly exists.” Despite such opinions, I believe that more than ever, superhero films have matured into stories that feel real while also providing a moment of escapism that engages an audience. Although these movies are not necessarily grounded in reality as they tend to have fights in space or otherworldly entities are seen coming down to earth, how they deal with issues surrounding humanity is constantly changing which goes beyond the critiques of originality.

In Defense of Superhero Movies

Back in 2019, during the peak of Marvel’s ‘Avengers: Endgame’, notable and esteemed director, Martin Scorsese, claimed that Marvel movies are “not Cinema.” In an interview with Empire Magazine, he goes on to compare them to theme parks because it “isn’t the Cinema of human beings trying to convey emotional, psychological experiences to another human being.” Though his comments and his outlook on these stories can be justified whether you are a hater of Marvel movies,  I do in fact truly believe that we can look at superhero movies in a perspective that examines the “psychological experience” Scorsese claims that Marvel films lack.

As a black and white story of good versus evil that is most notably depicted through the dynamic of good guys winning and bad guys losing, if we were to ultimately scratch the surface of these films, we can examine that there is a lot more to these stories that touch on the notions of humanity. Although some franchises are not necessarily about the exact human experience, the hardships and how each character reacts to struggle is as real a story can possibly get. An example is Marvel’s ‘Black Panther.’ It not only was the first Marvel movie to be nominated for Best Picture at the Oscars and the Golden Globes, but its revolutionary and refreshing reflection of the African diaspora also marked one of the most successful receptions within the Marvel Cinematic Universe.  It was a story that tangled with hope and was a vital political commentary that embraced the African cultural identity.

In addition to ‘Black Panther’s’ success, we similarly see it in Christopher Nolan’s superhero-centered film, ‘The Dark Knight,’ which saw the late Heath Ledger win an award with his role as the Joker for Best Supporting Actor. His role created history as he became one of the first actors who starred in a superhero film to ever win an Oscar. Although the film was snubbed of the best picture and best director nomination, the movie was recognized as a story of reality alongside the real-life struggles of Batman as both a superhero and a human being.

These films are a testament to how superhero movies are not just repeated cookie-cutter films but have the elements that explore human emotions, identity, and true vulnerability that has visibly connected with audiences. Ultimately, these stories have the means to explore the reality of individual struggle. Though we can not relate to their superhuman abilities, we are able to empathize with their challenges of morality and obligations as vital figures within society.  The debate of whether or not superhero movies are Oscar-worthy boils down to the question of artistry and what Cinema really is. Movies in their entirety are subjective as there are no true criteria for what makes a movie good or bad, but what we can measure and examine is how we, as an audience, can connect to the stories that are being told. If these movies are able to bring together communities and craft meaningful connections amongst one another, then the audience experience is what ultimately defines true Cinema.