A Tribute to Noah Baumbach: A Modern Auteur 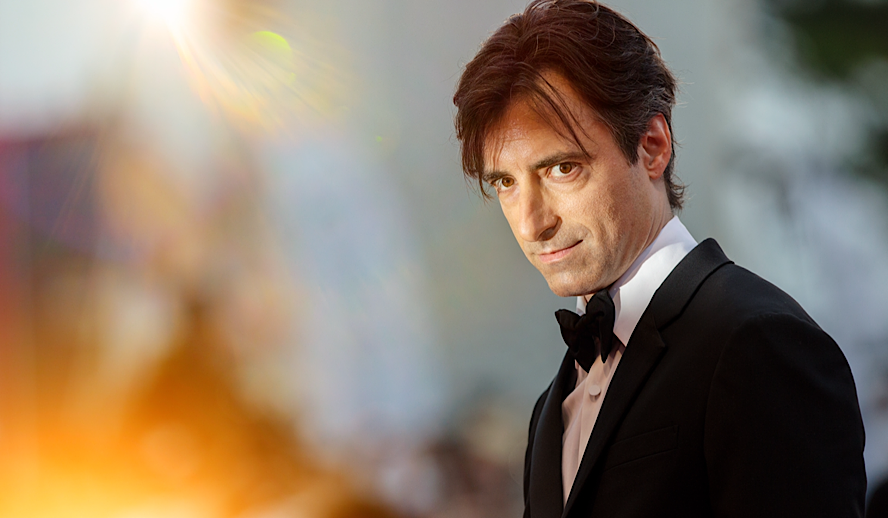 Noah Baumbach has crystallized into an auteur, a well-respected filmmaker, and now a three-time Oscar nominee. His style is easily recognizable, with several of his thematic, technical, and cinematic traits being distinctly interwoven in his work. One of those defining characteristics is the high degree of intellectualism and wit in his movies, and his three-dimensional, and always relatable, captivating characters. Philosophical, literary, and artistic references are interwoven in the subtext of every film, giving a clever edge to his unique stories, and how they connect to existing universal stories that convey great truths about people and society. Thematically, Baumbach tackles experiences related to family, divorce, and the life of tortured artists.

What distinguishes Baumbach’s artistic voice from other contemporary filmmakers is how deeply personal his work is, and how vulnerable his writing comes off, making the viewers connect to his work in a way that resonates with them personally on some level. An example of this is his most recent oscar-nominated film ‘Marriage Story’, starring Adam Driver and Scarlett Johansson, which was semi-autobiographical about his marriage and divorce with Jennifer Jason Leigh and the impact that had on them and their son. Baumbach, while also being an expert filmmaker, is also one of the most honest, grounded, and authentic contemporary artists. Like Gus Van Sant, Martin Scorsese, and Paul Thomas Anderson, Baumbach has established himself as one of the most respected, reliable, and distinctly phenomenal auteurs.

Some of Noah Baumbach’s Greats

Noah Baumbach wrote and directed two films in the late ’90s, ‘Kicking and Screaming’ and ‘Mr. Jealousy’, that didn’t do well commercially or critically but have many of the Cinematic characteristics that would distinguish him as a unique visionary less than a decade later.  Baumbach became a protege of Wes Anderson for a while, assisting him on the screenplays for ‘The Life Aquatic with Steve Zissou’ and ‘Fantastic Mr. Fox’.  There are numerous Cinematic traits, such as gentle humor, central characters who are strong-willed but possess a sort of childlike naivety, and unconventional plots that Wes Anderson and Noah Baumbach share in their works, and those stand out clearly in the films Baumbach helped Anderson write.

His first masterfully completed auteristic film was ‘The Squid and the Whale’ in 2005. Starring Jeff Daniels, Jesse Eisenberg, Owen Kline, and Laura Linney, the film reflected Baumbach’s visual and stylistic evolution, clearly conveyed that Baumbach had matured as an artist, honed his voice expertly, and was hungry to make something not only brilliantly unique, but beautiful to watch, and paced so rhythmically that the dialogue and plot progression is a near-musical experience for the viewer. The film upheld a Cinematic trademark of Baumbach’s, with character dynamics and plots focusing on familial conflicts during a time of great change, which is a story that is timeless, relatable, and resonates with a large audience. ‘The Squid and the Whale’ was nominated for the Best Original Screenplay Oscar.

‘The Meyerowitz Stories’ is one of Baumbach’s most recents, and features an A-list star-studded cast, Adam Sandler, Grace Van Patten, Dustin Hoffman, Elizabeth Marvel, Ben Stiller, Emma Thompson, Sigourney Weaver, and many more. The film thematically matches the ones before it, focusing on how a family deals with a transformation. One or both of the parents are almost always artists, typically one is or has been incredibly successful in their careers, allowing for Baumbach’s common character tags of narcissism, pretentiousness, and egotism to take full form, which is evident in ‘The Meyerowitz Stories’, ‘The Squid and the Whale’, and his most recent film, which most critics and international audiences consider a masterpiece, ‘Marriage Story’.

‘Marriage Story’ was the combination of Baumbach’s incredible talents as a filmmaker, and open and honest heart pouring out on the screen. Adam Driver and Scarlett Johansson delivered powerful performances that evoked a strong myriad of emotions from viewers, leaving an imprint on Cinema and stories surrounding divorce, which often stray away from the ugly realities that Baumbach displays fully. The film received five Oscar nominations, Best Motion Picture of the Year, Best Original Screenplay, Best Performance by an Actress in a Leading Role for Scarlett Johansson, Best Performer by an Actor in a Leading Role for Adam Driver, and Best Original Score for Randy Newman. Laura Dern won the film their only Oscar with her Best Performance by an Actress in a Supporting Role win.

Greta Gerwig and Noah Baumbach met while they were making ‘Greenberg’ in 2010. Baumbach was still married to Jennifer Jason Leigh, but she filed for divorce that year, which was finalized in 2013. Baumbach and Gerwig have been together ever since, and even share a child together. Gerwig starred in Baumbach’s film following ‘Greenberg’ in 2012 titled ‘Frances Ha’. Greta Gerwig has established herself as a standalone artist, with her last two films, ‘Lady Bird’ and ‘Little Women’  earning her several Oscar nominations. These two, both auteurs in their own ways, are the true definition of a power couple. Individually they’re amazing, and together they keep their unique talents intact while collaborating in a creatively powerful, and always successful way.

Greta Gerwig and Noah Baumbach announced they are making a film together, with both of them receiving writing credits for the screenplay, Gerwig directing, and Margot Robbie starring, titled ‘Barbie’. A release date for the film has not been announced. We, at Hollywood Insider, happen to be enormous fans of Noah and Greta. We will always support you two.