Warner Bros. is embracing Artificial Intelligence: How Could this Affect our Entertainment? Would Robots Have The Instinct To Create Original Content like ‘1917’, ‘Once Upon A Time in Hollywood’ or ‘Parasite’? 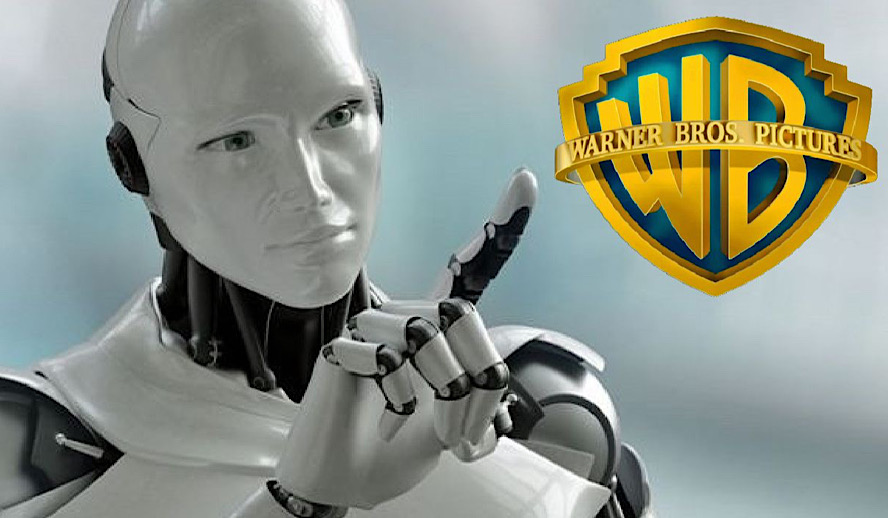 Artificial Intelligence surrounds us all; in our computers, phones, cars, and now it is coming to our theaters.  Warner Bros. has made a major and controversial deal with Cinelytic, a company that utilizes AI to determine how well a film will perform based on previous trends.  The software takes into account the stars, the genre, the release date and from that information outputs a projected box office return. The goal of this technology is for companies to make better informed decisions when it comes to greenlighting films, as well as improving marketing strategies.   This all sounds like science fiction, but it is here, and studios are beginning to embrace it. The real question now is, is this shift for the better or worse?

The artificial intelligence is limited by past results and data, thus it is not infallible.  Cinelytic makes the claim that, through the use of comprehensive data and analysis, the software will be able to assess a star’s worth and the projected box office return.  However, there are many surprise box office hits that this technology cannot possibly account for. For example, Adam Sandler recently starred in the Safdie brothers’ critically acclaimed thriller last year, Uncut Gems.  Upon first glance, Adam Sandler starring in a serious role in a tense drama sounds like it is out of character, as he is predominantly known for his childish comedies.  Many audience members could not get this typecasting out of their head, as one Oscar voter explains “There are a lot of movies, a lot of performances per year for us to watch. Unfortunately, actors become brands. Sandler’s brand doesn’t scream ‘Oscar,’ but Leonardo DiCaprio’s and Jonathan Pryce’s do.”  Sandler’s “brand” in general audiences’ and critics’ minds have become these silly Netflix comedies, and it becomes difficult for people to see him outside of this typecast. Despite this unfair treatment and perception, Uncut Gems has earned Sandler several critics’ awards for his dynamic performance and returned over $37 million, becoming the highest grossing A24 film to date. Most people could not have foreseen that Sandler would shine in an intense crime drama, but the Safdies saw his potential.  Directors and writers have to go with their instincts when it relates to the story and the casting of those characters. Major decisions like these cannot be left to numbers and data.

​Some of the biggest masterpieces from this decade are told from new directors, how will Cinelytic account?

Over the past couple of years, we have seen many breakout directors.  Jordan Peele, Robert Eggers, Rian Johnson, and Greta Gerwig, to name a few.  If a software can only rely on previous data to analyze if a film will be successful, how can they determine if a director’s first feature will perform well?  There is no precedent to have an accurate prediction. Robert Eggers made two modern horror classics, despite never making a feature prior. His debut film had no “stars”, regardless he found incredible talent and weaved an intense script.  Software should not tell us who or what to put our faith in. All of these directors listed above were trusted to tell their story simply because someone believed in it. An AI does not have “instincts”, thus it will most likely reject projects that come from new faces in the industry.  Or adversely, if a director wanted an up-and-coming star to lead their film, how can it predict the outcome? Of course an AI who is working based on previous data will say that an action film starring Tom Cruise or Daniel Craig will be a guaranteed hit, but it will be more uncertain on those just starting. Overall, I imagine Cinelytic will cause bias towards established stars and talent, ultimately discouraging Warner Bros and studios alike to take creative risks.

With the rise of original storytelling, how can an AI accurately predict success?

Original stories will also be cast aside, for more safe bets such as remakes or sequels.  2019 serves as a stand against corporate storytelling, with unique and fun stories not only earning critical acclaim, but major box office success.  Films such as Knives Out, The Farewell, Ford v Ferrari, and Parasite have done exceedingly well against behemoths like Star Wars or Frozen II.  We live in an age where original stories are expected to flop while franchises dominate.  It is not only surprising, but refreshing to see films such as these become successful. For the first time in a while, independent cinema has generated more conversation and excitement than big studio productions. If we relied on Cinelytic to make our decisions, creative and new stories like Knives Out would never get made.  There is a major risk that comes with making original films; the audience is unfamiliar with the characters and in the course of two hours you have to make them invested.  Since most films similar to these go unnoticed or fail, an AI is most likely to predict a loss. Studios and producers are frightened enough of taking creative risks, so it is dangerous to have studios consulting this technology.  Seeing the possible failure of a different story will only reinforce their fear, possibly preventing meaningful stories from being told.

With pre-existing bias against diversity in Hollywood, Cinelytic serves as a danger to casting.

Diverse casting is already a major issue within Hollywood and technology such as this has the potential to make the problem worse.  Minorities are severely underrepresented throughout media, though we have made progress in the past couple years, it is not nearly enough.  The evidence can be seen through campaigns such as #OscarsSoWhite or #BaftasSoWhite, both of which have trended on Twitter for the last couple years.  Non-white actors already have a tougher time breaking into the industry and having success in Hollywood based on biases. Because Hollywood has been so historically favored towards white talent, an AI will only naturally favor white actors, making diversity more challenging.

We should not allow software to make decisions that are purely based on instinct and intuition.

Though using Cinelytic might reliably prevent some obvious bombs at the box office, the cost at which it comes is irreconcilable.  Filmmaking requires taking risks and trusting innate intuition, there is no way to truly guarantee success. You may have all the right elements in place, with a competent director, but the execution could fail. Box office numbers have never been a real indicator for a “successful” film, either.  Some of the most revered films today only found success after their run in theaters, such as Shawshank Redemption, Bladerunner, Fight Club, or The Big Lebowski.  Despite losing at the theaters, all of these films became important cultural milestones and are still deeply discussed to this day.  A computer should not be made to do what can only be a human’s judgement call . This will only make executives more nervous about hiring fresh voices and talent bringing us their distinct vision.  Executives should understand that there is a level of risk that comes with every project, and there is no way to prevent occasional disasters from occurring. There should be trust in, not only the skills and intuition of the director, but in the story as well.