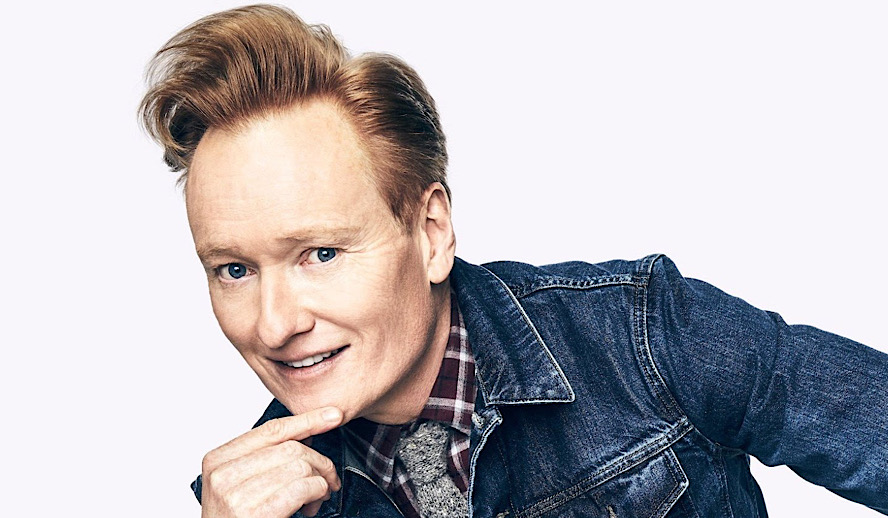 After an impressive 11-year run on TBS (has it really been that long?), Conan O’Brien is set to end his self-titled show, ‘Conan,’ later next month on 24 June 2021. O’Brien will head to HBO Max for a weekly variety show instead—a departure for the iconic late-night television host of the last 28 years, who’s hosted daily shows since the ‘90s on NBC and TBS. O’Brien’s other series, ‘Conan Without Borders,’ a comedic show focused on travel, will reportedly continue to air on TBS (airing since 2015, O’Brien’s travel specials have included destinations such as Haiti, Israel, Greenland, Cuba, and Mexico).

Following O’Brien’s announcement, Samantha Bee’s ‘Full Frontal With Samantha Bee’ will soon be TBS’s only late-night themed show (which was recently renewed for a sixth season). George Lopez’s ‘Lopez Tonight’ was another popular TBS late-night talk show; it aired from 2009-2011, Monday through Thursday, with a time slot right after ‘Conan’ until its abrupt cancellation on August 10, 2011.

O’Brien’s ‘Tonight Show’ Controversy and His Move to TBS

As many may remember, after O’Brien’s long run as a successful late-night host on NBC’s ‘Late Night with Conan O’Brien,’ from 1993-2009, O’Brien was set to take the reins of NBC’s famed ‘The Tonight Show’—which was once helmed by legendary host Johnny Carson for a staggering 30 seasons, from 1962-1992. Later headlined by comedian Jay Leno, news started swirling of Leno’s retirement and O’Brien’s expected turn at the iconic late-night slot. However, after news broke of NBC’s decision to push ‘The Tonight Show’ back to 12:05 AM, to give Jay Leno his old late-night slot in ‘The Jay Leno Show,’ O’Brien decided to leave ‘The Tonight Show,’ at the time stating that he’d rather quit the show than “participate in what I honestly believe is its destruction.”

After a lot of bad blood between the network, O’Brien, and Leno, Conan’s tenure at ‘The Tonight Show’ only ended up lasting from June 2009 to January 2010 (after Leno’s exit in 2014, Jimmy Fallon, who ran O’Brien’s old ‘Late Night’ slot from 2009-2014, became Leno’s successor with ‘The Tonight Show Starring Jimmy Fallon,’ which Fallon has since run with undeniable success).

Despite O’Brien’s disappointing and brief run on ‘The Tonight Show,’ and a highly publicized scandal with NBC, the esteemed host eventually found a new home on TBS with ‘Conan,’ on which he’s worked since 2010.

An Illustrious Career in Television and Writing

Prior to his legacy as a late-night television host, O’Brien worked as a successful television writer. From 1988-1991, he was a writer for the hit comedy sketch series ‘Saturday Night Live,’ for which the writing staff won an Emmy for Outstanding Writing in 1989 (via Biography.com). He later joined the animated juggernaut ‘The Simpsons’ as a writer, and then supervising producer, during the show’s 1992-1993 season. One of O’Brien’s most well-known written episodes, and which he’s stated to be his favorite, is the iconic “Marge vs. the Monorail” from Season 4, Episode 12.

After Johnny Carson’s retirement announcement in 1992, Jay Leno ended up being chosen as Carson’s successor, beating out David Letterman, who in defiance left NBC’s ‘Late Night’ to compete with Leno’s time slot head on over at CBS. With Letterman’s late-night slot left open, O’Brien ended up securing the prestigious hosting gig, and the rest is history (it’s interesting to note how, despite his now seemingly effortless skills as host, NBC was initially publicly criticized over their decision to hire O’Brien—a relatively unknown writer with little to no previous acting or hosting experience. Although his show initially struggled for ratings, O’Brien ultimately became an undeniably valuable asset for NBC).

What We Know About Conan’s Move to HBO

“In 1993, Johnny Carson gave me the best advice of my career: ‘As soon as possible, get to a streaming platform.’ …I’m thrilled that I get to continue doing whatever the hell it is I do on HBO Max, and I look forward to a free subscription.” – Conan O’Brien via Variety

TBS’s ‘Conan’ is set to end later this year, in June 2021, at which point O’Brien will head to HBO Max to helm a weekly variety show—a move that will leave the star without a late-night show for the first time in 28 years. ‘Conan’ executive producer Jeff Ross—a stand-up comedian, writer, director, and actor arguably most known for Comedy Central’s ‘Roast’ series—told Deadline how he and O’Brien had been considering their future after ‘Conan,’ stating how late-night shows have become “kind of dinosaurs in the business,” and that they were looking to branch outside the late-night formula: “TBS and these linear cable networks, especially, are just like death. You know there’s no circulation, so you can’t do it forever. And [Conan] is ready for a change. We’ve got a lot of stuff going on between the podcast [‘Inside Conan’] and the show and the digital business.” (Via Deadline)

Casey Bloys, Chief Content Officer at HBO and HBO Max, commented on O’Brien’s transition by stating: “Conan’s unique brand of energetic, relatable, and at times, absurdist, comedy has charmed late-night audiences for nearly three decades. We can’t wait to see what he and the rest of Team Coco will dream up for this brand new, variety format each week.”

As for the upcoming HBO Max variety show, fans of Conan O’Brien will have to wait a little longer for more details—at least until its eventual June 2021 release.

Conan O’Brien’s current projects include TBS’s ‘Conan’, ‘Conan Without Borders,’ and his podcasts ‘Inside Conan’ and ‘Conan O’Brien Needs A Friend.’