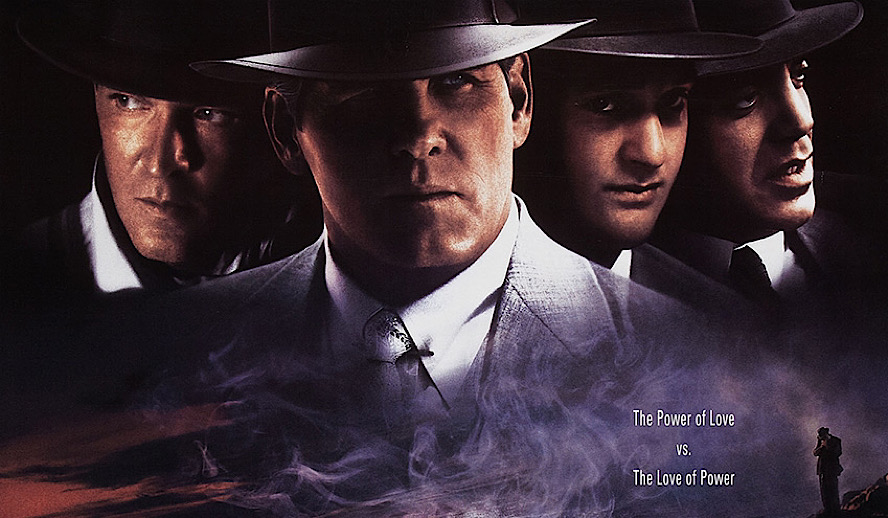 If you have access to social media, you would know that recognizing change and growth in time are more vital than ever before. There comes the point in appreciating and putting value on those who began what we now know and learning that our world is not the same from which we have learned. The standards, laws, values, and much more were made at a point in time we would find ourselves bamboozled by if we were to live in it. Women were bound to homes without a voice or say for anything. Black men, women, and children were bound by chains and threatened at every moment in their lives. The only technology we knew was a lightbulb, and so much more that would be abnormal to exist in our current world.

Related article: Hope Is What We Crave: An Important Attribute in Cinema

Classical film noir was beyond creating the light bulb, but the same mass difference in social norms stands true. These films were produced by remaining aware of their identity and using cinematography to persuade solutions to problems. From the beginning of film noir, our world had undergone a snowball effect of change with implements inside the home and on the streets. This implies that if a film were to try to classify itself as a classic film noir, it would have to have been made in the classic film noir period, from the acting to lack of advanced technology, to every single detail that had not been morphed or created in the years that followed.

Looking Back at Classical Film Noir

To discuss the differences and distinctions between classical film noir (old Hollywood) and neo-noir (new Hollywood), you must be able to differentiate one from the other. Classical film noir is classified inside the 1940s to 50s, with characteristics such as cynical heroes, Femme Fatales, dark lighting, frequent flashbacks, and existentialism. Alienation, also an element, can be easily found in the flawed protagonist who battles the nightmares that either exist externally or within themselves.

The most exemplifying show of a femme fatale being Phyliss Dietrichson (played by Barbara Stanwyck) in Double Indemnity (1944), directed by Billy Wilder. Stanwyck portrays a cunning, seductive, and attractive character who wins over the detective’s heart, Walter Neff (played by Fred MacMurray), who ultimately uses his own hands to do Stanwyck’s dirty work.

Double Indemnity also does a brilliant job with low, dark lighting by depicting the film’s angst and hidden agenda that is contained within Dietrichson’s eyes. Another classical film noir highlighting flashbacks but more so a possible hallucination that ultimately leaves the films ending open to interpretation is Laura (1944), directed by Otto Preminger. To be discussed a bit later, Laura does the most in verbally explaining the gruesome death of a woman (presumed to be Laura Hunt (played by Gene Tierney)) in the dialect and screenplay but never actually showing the end or any sort of gruesome depiction.

This goes in hand with the Motion Picture Production Code and classical film noir finding ways to skim by the laws by using tricky effects. This slow incline of gruesome scenes is the beginning of the desensitization our world has come to. It is until the early 70s with films such as The Exorcist (1973) directed by William Friedkin or the neo-noir Chinatown (1974) directed by Roman Polański that introduce the audience to graphic violence. This introduction traumatized the audiences initially, but nowadays, most are not fazed by the relentless acts, such as shown in You Were Never Really Here (2017), directed by Lynne Ramsay.

Neo-noir is classified as an early 60s shift on classical film noir standards using modern technology and social values. This new movement focuses on exercising an appreciation for classical film noir using nostalgic elements commonly found in such films. It is genuinely a modernization of the film noir movement by recognizing the choices made and shifting it to entertain and inform the post-modern audience. Neo-noir characteristics include cynical heroes, the deeply flawed protagonist, femme fatale, and light vs. dark elements, whether textually or subtextually. Some of the neo-noir traits come off similarly to those in classical film noir, so the difference relies on the execution of said characteristics.

The most apparent difference between classical film noir and neo-noir would be the use of black and white turned to color with a post-modern touch. Chinatown and You Were Never Really Here both perfectly depict a profoundly flawed protagonist and the unfound circumstances to save an innocent soul that had been damaged by the guilty and murderous. As with most if not all classical film noir, Chinatown takes place in Los Angeles, depicting all of the disgusting things found in a dirty underworld, such as misogyny and racism. With the modern touch, Chinatown makes the audience believe Evelyn Cross Mulwray (played by Faye Dunaway) to be the femme fatale by having her go through the same motions as a femme fatale in classical film noir.

With a dark, sultry appearance and the sudden murder of her cheating husband and seducing the detective, J. J. “Jake” Gittes (played by Jack Nicholson); it truly all adds up to her being the femme fatale; however, Chinatown makes her more than that. It is shown in the end that Mulwray was raped by her father, which resulted in her having a daughter/sister and her father being the one to murder her husband. Chinatown truly depicts how disgusting and cruel the world can be while showing the audience how these things are swept under the rug into “Chinatown,” something insignificant and rather hateful in the eyes of those who despise immigration.

As opposed to classical film noir, Chinatown releases the inner truth of the nature of a man who would define someone by her sexuality. The filmmakers twist the narrative into making the audience the men in the beginning who will classify Mulwray sexually until we learn her true fate. I recall this to demonstrate that the typical portrayal of a woman in classical film noir has been morphed into showing the true nature, as shown in Chinatown. You Were Never Really Here is also doing a brilliant job at demonstrating unspoken life circumstances but at the same time focusing on the deeply flawed character that is Joe (played by Joaquin Phoenix).

Film noir lends itself towards the loser characters and never promotes happiness or happily ever after. This could not be truer than with the character Joe and his portrayal of a dead-beat man who sees himself as relatively insignificant in a nightmare of a world. In this neo-noir, Joe is the murderer, and it is up to the characters to release this idea because of the devastation that relinquishes itself inside of Joe mentally. This newer example of neo-noir does not focus on death as it used to, for instance, in Laura but instead focuses on the genuine disgust and nightmare that roams the world. Joe, a man who murders for payment, is the single good-minded man to save a young girl, Nina (played by Ekaterina Samsonov), who had been raped and cruelly abused.

The audience is influenced to forgive his actions because we are shown to suffer relentlessly throughout the film in the flashbacks. The death presented throughout the film does not have the same power in classical film noir. Instead, it is a real nightmare of people we would never suspect to rape and abuse a child that keeps the audience up at night. It is the heartwarming element of connection we have to protect Joe as he has protected Nina and save him from what haunts him. This new neo-noir shows the world not to question the one who murders but question the world that has made them murder.

Classical film noir began with men who contained sexual idealizations of dangerous women who influenced flawed men while at the same time influencing sociological issues. As time grows, so does film noir, with the increased depth of storytelling provides a deeper purpose and meaning. Classical film noir and neo-noir are two completely different genres, as are the people who exist within those eras.