A Tribute to Drew Barrymore: Made in Hollywood, The Gift That Keeps On Giving 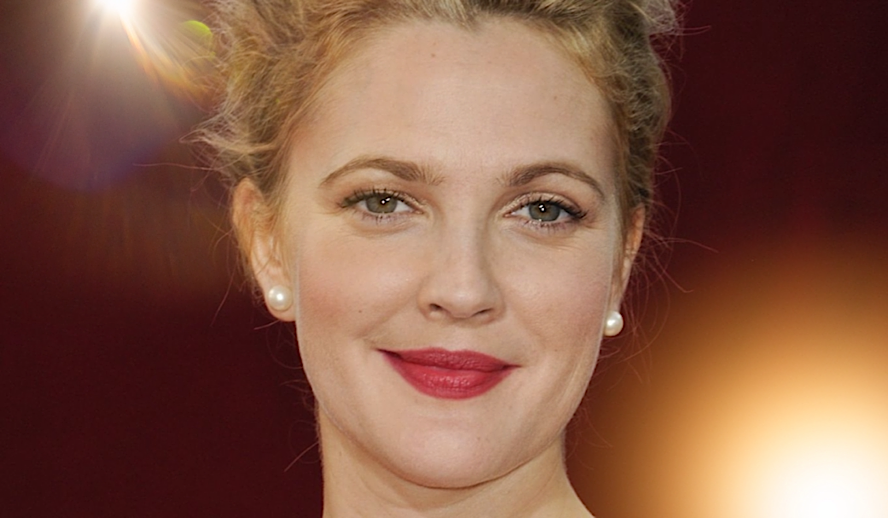 The legacy of the Barrymore family is as central to the prosperity of the film industry as Hollywood is itself. In the early 1910s, film production was just beginning to find a new home in the town of Hollywood and several rising stars of the silver screen flocked to Southern California in hopes to establish their burgeoning careers. Of the film actors that were able to find success in what became known as the Golden Age of Hollywood, two kindled a romance that would culminate in a family tree integral to the American film industry.

John Barrymore, a prominent star in romantic films of the early 20th century, and Dolores Costello, nicknamed Goddess of the Silent Screen, met while working at Warner Bros Studios. The couple got married in 1928 and, in addition to continuing their illustrious film careers, had two children. The power couple’s son, John Jr., continued his family’s trade of acting where he found fame of his own. Eventually, John Jr. married Jaid Mako and their daughter, Drew Barrymore, was born in 1975.

Drew was swift to advance the Barrymore tradition of acting as she rocketed into the Hollywood scene at the age of 7 when she starred in Steven Speilberg’s E.T. in 1982. On top of this film becoming a hallmark of American Cinema, it also served as a launching pad for Drew’s career as she was immediately adored by audiences and embraced by the film industry. Just two years later, Drew garnered her first lead role in the sci-fi adaptation of Stephen King’s horror novel, Firestarter. Drew’s rapidly budding career as a child star proved the Barrymore dynasty was as relevant in Hollywood as it ever was; however, the fame of the young Drew quickly led to woe for the pre-teen actress.

At the age of 11, Drew had developed a drinking problem; by the age of 12, Barrymore was in the grips of drug addiction, and by the age of 13, the young star was hospitalized. These deeply alarming and serious struggles Barrymore faced early on appeared to be her defining moment in the spotlight; however, Drew’s resilience and indisputable talent proved to be the actor’s true defining attributes. With time and care Drew would win her battle with substance abuse and go on to redefine the Barrymore name, outshining even the most radiant of her famed ancestors.

The 90s and early 2000s demonstrated the power of the Barrymore clan, specifically the stardom of the then controversy-stricken Drew. After years of public strife in the 80s, Drew emerged a clearheaded force to be reckoned with in the Hollywood scene in the 90s. During this time, Barrymore exhibited her strength as a romantic lead. In 1998, Drew starred alongside SNL celebrity, Adam Sandler, in hit romcom, The Wedding Singer. On top of benefiting from the humor of Sandler, this film greatly relied on the inescapable charm of Barrymore. The Wedding Singer wisely played up the quirkiness of Drew and her performance in the film found an honest, vulnerable, and funny Barrymore that audiences (and wedding singers alike) could not help but fall in love with.

Drew’s success in romantic comedy films continued throughout the end of the millennium, and in 1999 Barrymore starred in the beloved Never Been Kissed. Drew took center stage here and redefined the modern romantic lead, a confident woman unwilling to change her infectious personality for any man. Equally clever and quippy as she is beautiful, Barrymore became the model of what rom-com protagonists should be, and her extensive career in the genre lasted well into the late 2000s with popular films like Fever Pitch, Music and Lyrics, and 50 First Dates.

In addition to Drew’s triumph in the romcom field, she also verified her ability to lead franchises in major Hollywood blockbusters during the 90s and early 2000s. Barrymore once again established herself as a film icon when she starred in 1996’s horror hit Scream. Launching one of the most successful slasher franchises of all time, Drew’s performance in the first scene of the film was so affecting it set the horrific and meta tone for the rest of the films as well as cemented Barrymore as a legitimate scream queen among the likes of Jamie Lee Curtis.

Following Scream, Drew reentered the action genre in 2000, starring in an adaptation of the spy classic, Charlie’s Angels. Barrymore played the lead angel beside megastars Lucy Liu and Cameron Diaz. The Charlie’s Angels series explored Barrymore’s value as an action hero, but did not cheat the audience out of the most enthralling characteristics of the star. Maintaining all of the heart and humor that comes with her engrossing personality, Drew’s commanding performance in the Charlie’s Angels films presented her starpower as an absolute fact and demonstrated exactly why she, along with the entire Barrymore family, has remained a staple of the Hollywood tapestry.

We are once again in a Barrymore renaissance. For a while, it had seemed as though Drew Barrymore fanatics were left to reminisce and live out the rest of our days in the early 2000s bliss. Although she was not as centrally poised in the film scene as she had been in the mid and early 2000s, Drew had been staying busy with several projects behind the screen, emerging as a leading influential producer as founder of her production company, Flower Films. Although Barrymore remained booked and busy, she was noticeably less paramount in cultural discussion. Luckily, Drew has once again proven pop culture’s inability to keep away from her. The first blaring sign of her significance in modern day can actually be traced to R&B superstar, SZA.

In January of 2017, SZA released her first single off of her hit album Ctrl, titled “Drew Barrymore.” The song never explicitly references the film icon; however, it explores SZA’s experiences as a genuine and vulnerable young woman looking for love. In an interview with Vulture, SZA explained that Drew Barrymore was her favorite actress growing up and “an endless inspiration.” Barrymore was elated to be referenced by SZA and even appeared in the music video for the track. Although this is only one song, it is a striking example of how pertinent Drew remains to the pop culture ecosystem and, more basically, just how cool young people still believe her to be.

Barrymore has also found a spotlight in her new aptly titled talk show, The Drew Barrymore Show. Premiering in September of 2020, this variety show explores a wide range of topics Drew is interested in discussing, from politics to entertainment, all while maintaining the optimism and warmth that has become synonymous with the movie star. The Drew Barrymore Show initially gained notoriety for its awkwardness as clips of Drew delivering silly jokes sloppily made it difficult for audiences to gauge the intention of the show. The inelegant tone of the talk show’s segments were quickly embraced by the public; however, which is no surprise as the adoration for Barrymore has always stemmed from her offbeat approach to the often rigid entertainment machine.

Best of all, Drew has no qualms laughing at herself along with viewers and even invited SNL star and master impressionist, Chloe Fineman, onto the show to do her impression of Barrymore. This is yet another example of how Barrymore is immune to defeat; whether it is battling addiction or waning from the pop culture landscape, the resilience of Drew Barrymore is as consistent as her star power as she is as today, she is big as she has ever been. This Hollywood legend has improved upon the legacy of her family tree and the legacy of her own career as it has taken on a modern form, cementing the timelessness and perpetual potential of the superstar.