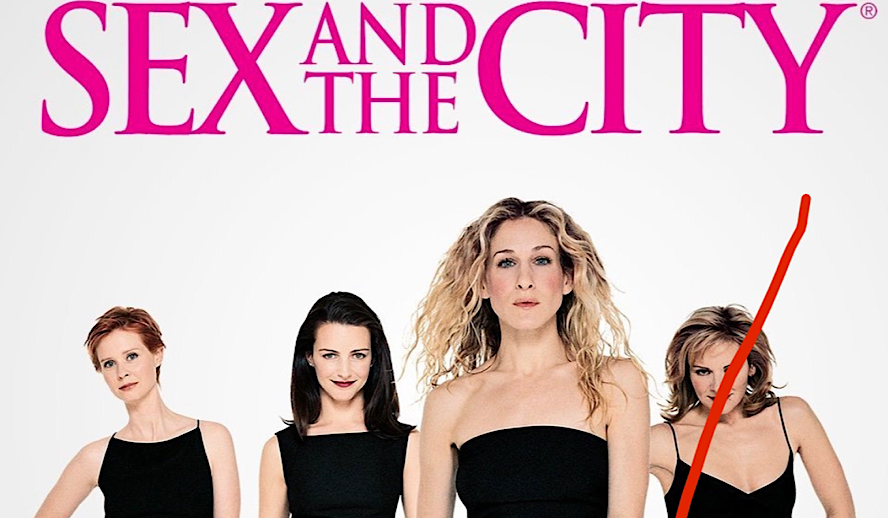 Photo: ‘Sex and the City’/HBO Max

Carrie Bradshaw will be returning to New York City once again in an upcoming “Sex and the City” reboot, 17 years after the last episode of the series aired. The ten-episode limited series, “And Just Like That…” was officially announced by HBO Max on Sunday night to the delight of fans of the original series.

“I grew up with these characters, and I can’t wait to see how their story has evolved in this new chapter, with the honesty, poignancy, humor and the beloved city that has always defined them,” said Sarah Aubrey, the Head of Original Content at HBO Max.

Sarah Jessica Parker, Cynthia Nixon, and Kristin Davis are set to return in the limited series as their characters Carrie Bradshaw, Miranda Hobbes, and Charlotte York, who all starred in the original HBO show that famously depicted the complicated romantic lives of the women living in the Big Apple.

The three women helped announce the confirmation of the long-rumored new series through their Instagram posts, which all feature a teaser trailer that cuts between shots of New York City and a computer screen, where the phrases “And just like that…” and “the story continues are typed out along with Parker’s voiceover that became a staple of the sitcom.  “I couldn’t help but wonder… where are they now?” read Parker’s caption on the post, with Nixon’s captioned, “You, me, New York… anything is possible,” and Davis’s reading “Anything is possible… Meet you there!”

After being green-lit last year, the show is now scheduled to begin production in New York in late spring. Michael Patrick King, who directed a number of episodes of the original show and also wrote and directed both of the “Sex and the City” feature films, is set to executive produce alongside the three starring women.

Many were quick to point out the most noticeable difference between the new HBO revival endeavor and the original franchise – a distinct lack of the character Samantha Jones, played by Kim Cattrall. Since she did not share the same post of the news on her Instagram as her three other costars did, it appears as though she will not be involved in the reboot. In 2019, Cattrall had apparently vowed that she would never appear in another movie of the Sex and the City franchise, so it does not really come as a surprise that she is not returning for the limited series.

However, fans have not been shy about expressing their disappointment that Samantha will not be appearing on screen, taking to social media to share their thoughts, many in the form of comical takes about what the absence of the character will bring. “Without Samantha in the reboot of sex and the city…. it’s only City…..” wrote @goddesslindseys on Twitter, while another fan, @HalleKeifer, said: “Just have Jane Krakowski play Samantha Jones and never address it obviously.” Another user also suggested a recasting of Cattrall. “No disrespect to Kim, but if she’s not participating please please please recast Samantha with the awesome Jennifer Coolidge,” read a comment on Parker’s Instagram post. “I would line up and pay good money to see Jennifer as Samantha.” Parker replied to the comment, saying, “We have some new stories to tell. We are excited.” She also replied to several comments that cited the “dislike” between Parker and Cattrall as the reason that the latter would not be returning and was quick to dismiss those rumors. “No. I don’t dislike her. I’ve never said that. Never would,” the actress wrote. “Samantha isn’t part of this story. But she will always be part of us. No matter where we are or what we do.”

The original “Sex and the City” series was created by Darren Star and was based on the book of the same name, written by Candace Bushnell in 1997. It ran on HBO for six seasons, airing 94 episodes from 1998 until 2004, and gained a consistent fan base as well as acclaim over its six-year run. The show racked up seven Emmy Awards out of its 55 nominations, as well as eight of its 24 Golden Globe Award nominations and three out of the 11 Screen Actors Guild Awards it was nominated for. It quickly became a pop culture phenomenon, with the names of its four leading ladies becoming a personality-classification system, and its fashion sparking trends that would last for several years to come. Its storylines were additionally groundbreaking at the time of its release in the late 90s and 2000s, with conversations that tackled modern and relevant social topics that included sexuality, femininity, promiscuity, and safe sex in its exploration of the four women and their individual navigations of their relationships throughout the series, both romantic as well as platonic.

Star initially wrote the pilot with Parker in mind as Carrie, the narrator and main protagonist whom the episodes are centered around as she writes her fictitious “Sex and the City” column for the equally fictitious paper, the “New York Star”, but Parker was at first hesitant to sign on.

“I was familiar with Candace’s novel but hadn’t read it when Darren Starr came to me with the script for the television version … and told me he had written it with me in mind,” she said in 2006. “I was flattered but didn’t want to do it. He convinced me, begged me to do it, and I signed a contract. We shot the pilot and I thought, ‘Oh, God,’ this is the end of my career after I saw it. I didn’t like it and had this really bad feeling in my stomach. I didn’t think it worked and told him that I would do anything, even three free movies for HBO, to get out of the contract.”

The pilot episode, which was shot in 1997, was strongly disliked by Parker who had initially “hated the look and the clothes”, but she worked with Star to implement major changes before shooting the rest of the season.

“The funny thing, after the first episode of season one, I never looked back and the rest is history. I never thought, though, that the show would become what it has become.”

“Sex and the City” Franchise

Indeed, the popularity of the show resulted in two feature films, the first of which debuted in 2008 and the second in 2010. 2008’s “Sex and the City” featured the main quartet from the original cast, as well as Chris Noth, Evan Handler, David Eigenberg, Jason Lewis, Mario Cantone, and Willie Garson, and made over $415 million worldwide. Set four years after the end of the series, it met mixed reviews from critics but became the highest-grossing romantic comedy film of the year. The sequel, “Sex and the City 2”, was another commercial success, as it followed the characters once more in their later adult lives. A prequel series for the show called “The Carrie Diaries” later premiered in 2013, and aired on The CW for two seasons. It follows a young Carrie Bradshaw, played by AnnaSophia Robb, in her early years as a teenager from the suburbs who gets an internship in Manhattan and falls in love with the glamor and grit of the city.

Related article: Top 5 Female Empowerment Shows on Netflix to Watch With Your Girlfriends

In 2016, there were rumors of a third film to complete the movie trilogy, but it never progressed past that, as it was reportedly canceled the following year, according to Parker in 2017. “I’m disappointed,” she said to “Extra” that year. “We had this beautiful, funny, heartbreaking, joyful, very relatable script and story. It’s not just disappointing that we don’t get to tell the story and have that experience, but more so for that audience that has been so vocal in wanting another movie.”

As a result, at the time, the conclusion of “The Carrie Diaries” had seemed like the last we’d see of the franchise for a while, but the arrival of “And Just Like That…” has re-sparked the energy of the original fan base.

The “Sex and the City” reboot follows a string of several others on HBO Max, as they announced in 2020 that their “Gossip Girl” and “True Blood” revivals were in the works. In terms of reunions, they are also giving a home to a “Friends” reunion special, set to air this spring, as well as “The Fresh Prince of Bel-Air” Reunion, which premiered on their platform this past November. The streamer itself launched back in May 2020 and has brought a variety of original programming and blockbuster films, including the recent “Wonder Woman 1984”, which debuted on Christmas Day.

Despite the absence of one of the main characters, catching up with the rest of the “Sex and the City” in their later adult lives will certainly be something to look forward to in the reboot, and who knows – maybe one day Samantha will get her own spinoff.