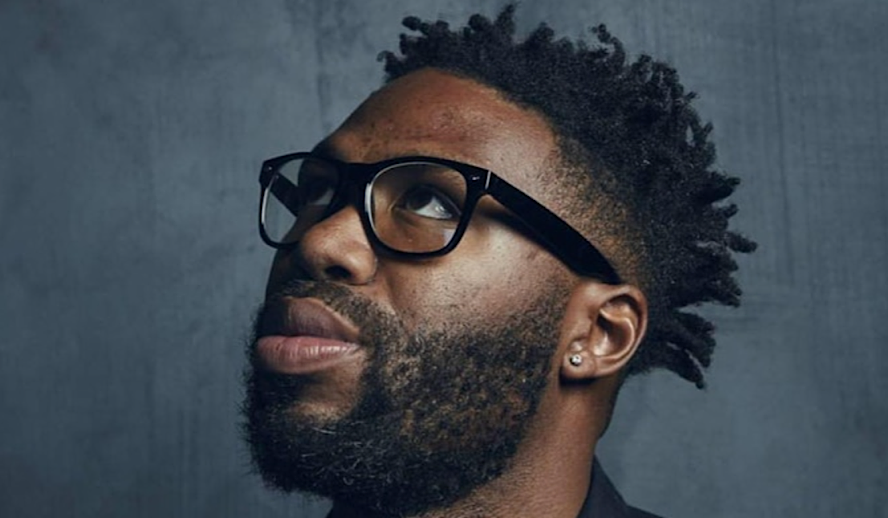 Director Matthew A. Cherry has been signed by Warner Bros. Television for a first-look development deal, to create and develop new television content and programming that will include comedies, dramas, and event series. He will also be in charge of putting together projects for both cable and streaming platforms, including Warner Media’s HBO Max.

“I am beyond excited to be joining the Warner Bros. Television family in this exciting new capacity” said Cherry in a statement. “It’s an important time to be a Black creative working in this industry, and I look forward to creating impactful projects and partnering with other talented marginalized voices in our community.”

This is a definite success for black creators in the entertainment industry, as the short film that Cherry directed, “Hair Love” garnered a lot of success last year including winning an Oscar for Best Short Film, and now has led to a studio deal.

Matthew A. Cherry – From the NFL to Directing

Cherry took an untraditional path to get where he is now, starting out as a wide receiver for the NFL and playing for the Jaguars, Bengals, Panthers and the Ravens over the span of his career. It was in 2007 that he retired and transitioned to a career in entertainment, where he began by directing music videos. Cherry later directed his first feature film The Last Fall, which premiered at SXSW in 2012 and went on to direct 9 Rides in 2016, which was fully shot on an iPhone 6s. His television directing credits include episodes of ABC’s Black-ish and Mixed-ish, as well as Saved by the Bell, The Last O.G., The Unicorn, and Warner Bros. Television’s Whiskey Cavalier and The Red Line.

Most recently, Cherry garnered a lot of attention thanks to his animated short film Hair Love, which debuted in theaters in August 2019, in front of The Angry Birds Movie 2. It was brought to a wider audience in theaters as a product of being picked up by Sony Pictures Animation after the film circulated all over social media. Written and directed by Cherry and co-produced with Karen Rupert Toliver, the 7-minute short was nominated for Best Animated Short Film and subsequently won the category during the 92nd Academy Awards that took place back in February. The animated film stars the voice of Issa Rae, and depicts the relationship between an African-American father and his daughter Zuri as he tries to do her hair for the first time.

The official description, as seen on Cherry’s website, reads: “Hair Love is a 7-minute animated short film that centers around the relationship between an African-American father, Stephen, his daughter, Zuri and her hair. Despite having long locks, Stephen has been used to his wife doing his daughter’s hair, so when she is unavailable right before a big event, Stephen will have to figure it out on his own. This sounds simple enough, but we soon come to find that Zuri’s hair has a mind of its own.”

Cherry said that the story was “born out of seeing a lack of representation in mainstream animated projects, and also wanting to promote hair love amongst young men and women of color,” and hoped that the project, which began as a 2017 Kickstarter campaign, would inspire many people. The film was highly praised for the way it counters stereotypes and changes the narrative regarding black fatherhood, as Cherry had previously described how “Black fathers have had one of the worst raps in mainstream media as being portrayed as being deadbeats and not being involved.” An accompanying picture book by the same name was released in May of 2019 and is a New York Times Best Seller.

Black creators in the entertainment industry

Cherry’s short film definitely had a resounding impact, as its Oscar-winner status propelled the black creatives who worked on it into the spotlight, creating a conversation about representation in the industry — a conversation that has once again become prominent given the recent events and the many controversies following George Floyd’s death. There is a definite necessity for a vaster number of people of color to possess a voice in the entertainment industry, as Hollywood’s inherent whiteness has been a problem that has come to light even more-so as film and television executives and the industry as a whole are being held accountable regarding the need to further their efforts in terms of diversity and inclusion. While there is much to be done in regards to this, Cherry’s new deal with Warner Bros. will give him the opportunity to continue to lead the ranks of new creatives in the industry who are able to tell unique and personal stories about their experiences and impact audiences in the same positive way that many other black-led projects have achieved.